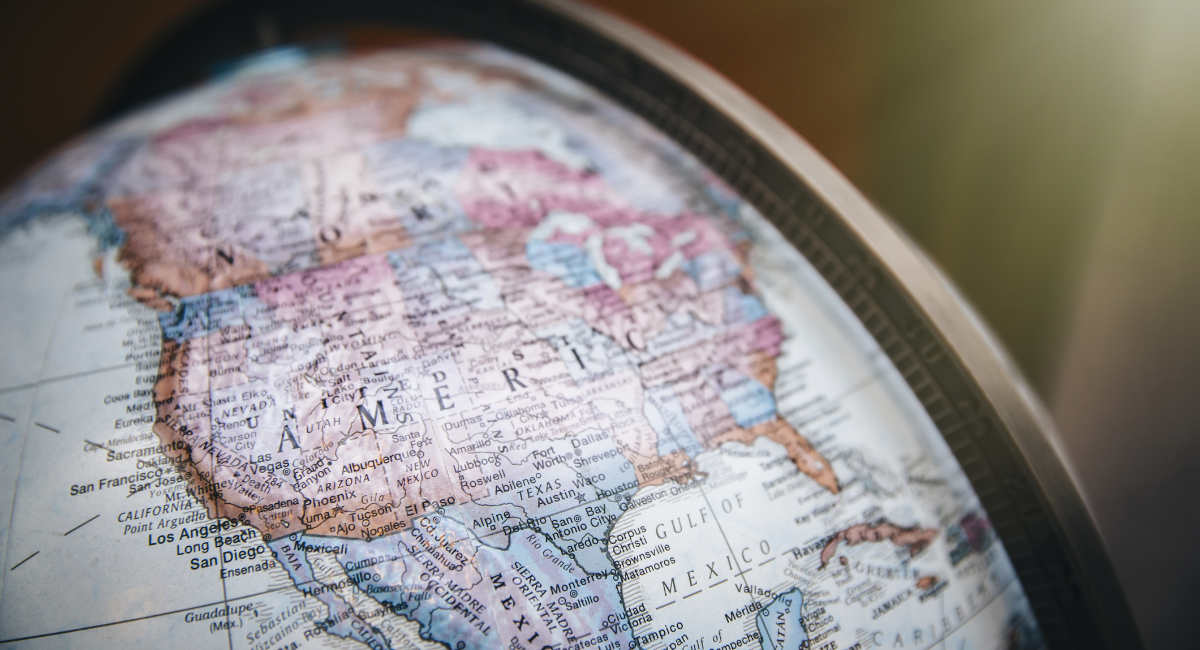 A new report on national abortion trends has been released by the Society of Family Planning (SFP). Although it is based on preliminary, estimated data, and there are legitimate reasons to ask questions about the sources of that data, the data itself is cause for optimism regarding some aspects of the current national abortion situation, and concern about others.

The Society of Family Planning (SFP), an organization gradually gaining more notoriety, was founded in 2005 thanks to a generous contribution from the Packard Foundation, a donor involved in funding many global abortion efforts. SFP is heavily funded by both the Packard and (Warren) Buffett Foundations, which financed abortion pill manufacturer Danco Laboratories in its early days. Since 2009, the pro-abortion SFP has also “partnered with Wikipedia Education to train members to improve the quality of abortion and contraception information on Wikipedia,” according to their 2020 annual report.

SFP recently released a report which claims that the number of abortions declined by nearly 11,000 (10,670) nationally between June (when the Supreme Court overturned Roe v. Wade) and August. It is important to note that this report is based on estimated numbers provided by abortion facilities, which even SFP itself admits: “[W]e are unable to estimate the number of abortions that occurred outside the formal healthcare system, such as via Aid Access or volunteer ‘accompaniment’ networks in Mexico,” adding, “[t]hus, we are unable to estimate how many pregnant people self-managed their abortions versus carried to term.”

As Dr. Michael J. New noted at National Review, “… the data used in the #WeCount analysis came from abortion facilities. It did not come from state health departments or government agencies, and so there are legitimate concerns about the accuracy of this data.”

The SFP report found that nationally: 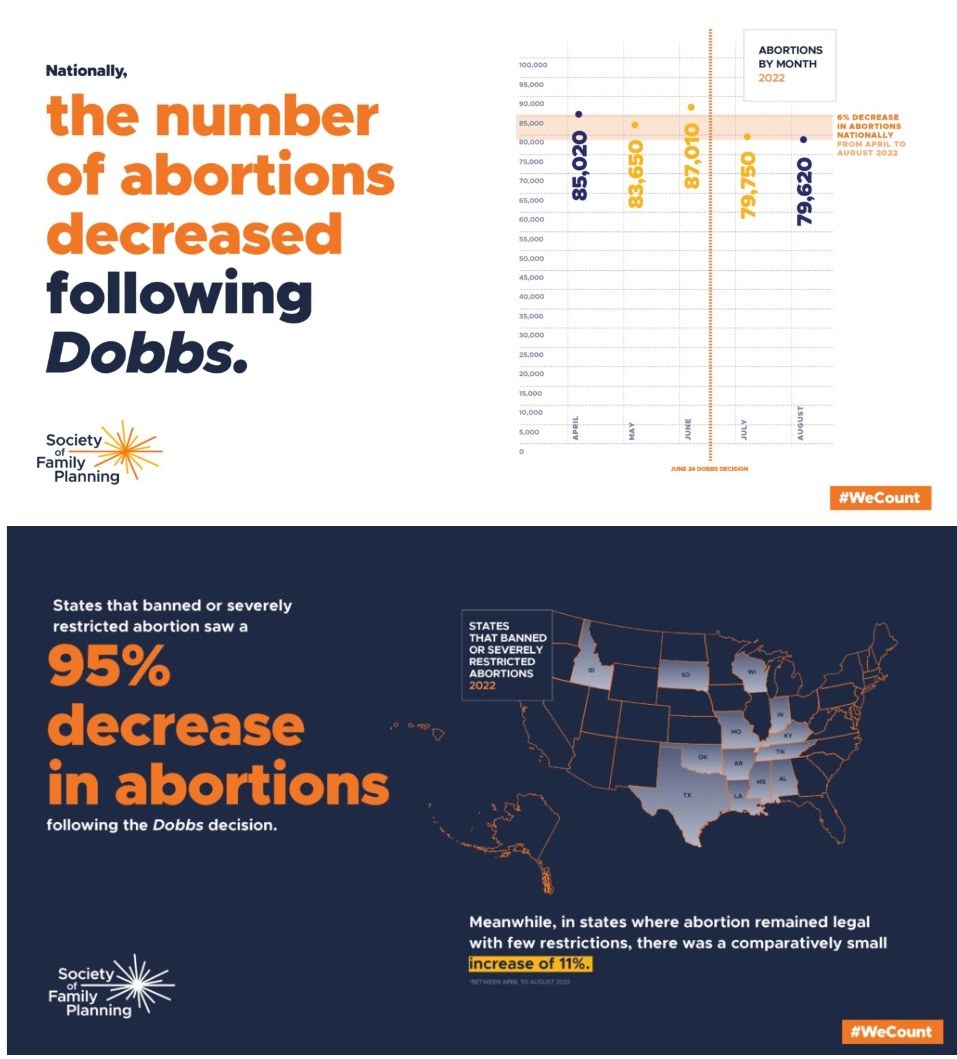 According to SFP’s data, in states that restricted abortion or protected preborn life, there was a “decrease from 8,500 abortions in April before the decision to 460 abortions in August 2022.”

Since Dobbs, the report claimed that “there were 7,870 fewer abortions in July and 8,040 fewer in August, for a cumulative total of 15,910 fewer people who had abortions in those states.”

The report also stated that protective states saw a “decrease of 95% in the number of abortions, comparing April and August 2022 in states where abortion was banned or severely restricted.”

“This represents an increase of 11% in the number of abortions, comparing April and August 2022 in states where abortion was legal,” SFP wrote.

“States with the largest percent increases in abortions between April and August include North Carolina (37%), Kansas (36%), Colorado (33%), and Illinois (28%). By comparison, California experienced a relatively small percent increase between April and August (1%), and already provides the greatest number of abortions of any state in the US, between 17,000 and 18,000 abortions per month,” SFP’s report also stated. 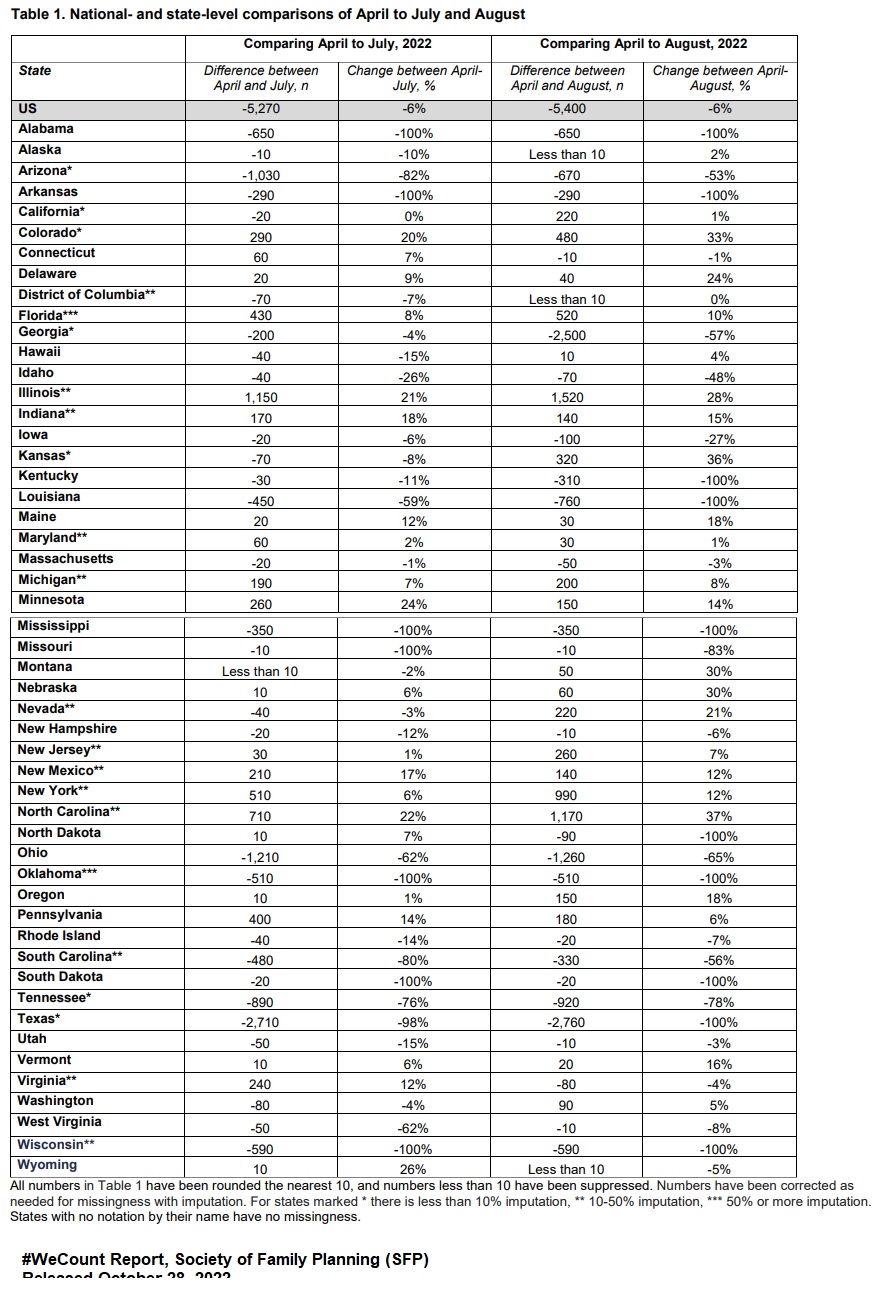 While the overall estimated number of abortions provided by brick-and-mortar facilities decreased nationally, the sales of virtual abortion businesses increased by over 33% following the Supreme Court’s decision to overturn Roe v. Wade this summer, according to SFP.

However, by SFP’s own admission, this study has some limitations, since authors were able to access “data only in April 2022, 6 months after Texas’s 6-week abortion ban (S.B. 8) took effect. Thus, this study is unable to detect the surges that had already taken place in Texas, bordering states, and beyond.”

“This change represents an increase of 33% in the number of abortions provided from virtual-only services, comparing April and August 2022,” the report stated. The information came from “a database of all clinics, private medical offices, hospitals, and virtual only [abortion] providers in the US known to offer abortion care in early 2022.” A newly published study in JAMA Network made a similar claim, writing that “[t]he largest increases occurred in states that implemented total bans.”

“Every state, regardless of abortion policy, showed a higher request rate during the periods after the leak and after the formal decision announcement, with the largest increases observed in states enacting total bans,” the report, entitled “Requests for Self-managed Medication Abortion Provided Using Online Telemedicine in 30 US States Before and After the Dobbs v Jackson Women’s Health Organization Decision,” claimed.

In addition, a new ANSIRH study claimed that as many as one in three people indicated they would consider so-called “self-managed” abortion if they could not obtain the abortion at a brick-and-mortar facility.

Online abortion pill dispensaries operate with little to no oversight or care and often ship abortion-inducing drugs to minors. They have been expanding into the virtual space since the U.S. Food and Drug Administration (FDA) weakened important safety requirements called REMS on the abortion pill by removing the in-person requirement and enabling the deadly drug regimen to be permanently shipped by mail. Because these virtual abortion shops function in a “clandestine structure,” they have been referred to as “modern day back alley facilities.”

Examples of virtual abortion businesses include:

Some of these virtual abortion websites are known for dispensing abortion pills in advance of a pregnancy, and against the FDA’s guidelines. According to Politico, “Some telemedicine providers, including Choix, as well as in-person providers, have begun offering the pills before pregnancy as a way to expand access to abortion after the Supreme Court’s June decision that gave states the right to ban the procedure.”

Politico also reported that an FDA spokesperson told them that if the abortion pill were prescribed “before a patient is pregnant, providers wouldn’t be able to properly oversee care to ensure safety and effectiveness.” But the media outlet added that although advanced provision of abortion pills is clearly against FDA regulations, “[t]he spokesperson also did not say if the agency has taken any enforcement actions for misprescribing of mifepristone, but the FDA can enforce its regulations by fining violators, seizing drugs or imposing an injunction.”

States that track the number of abortions taking place within their borders will be releasing their data in the spring of the upcoming year. This will undoubtedly shed additional light on post-Roe abortion trends.