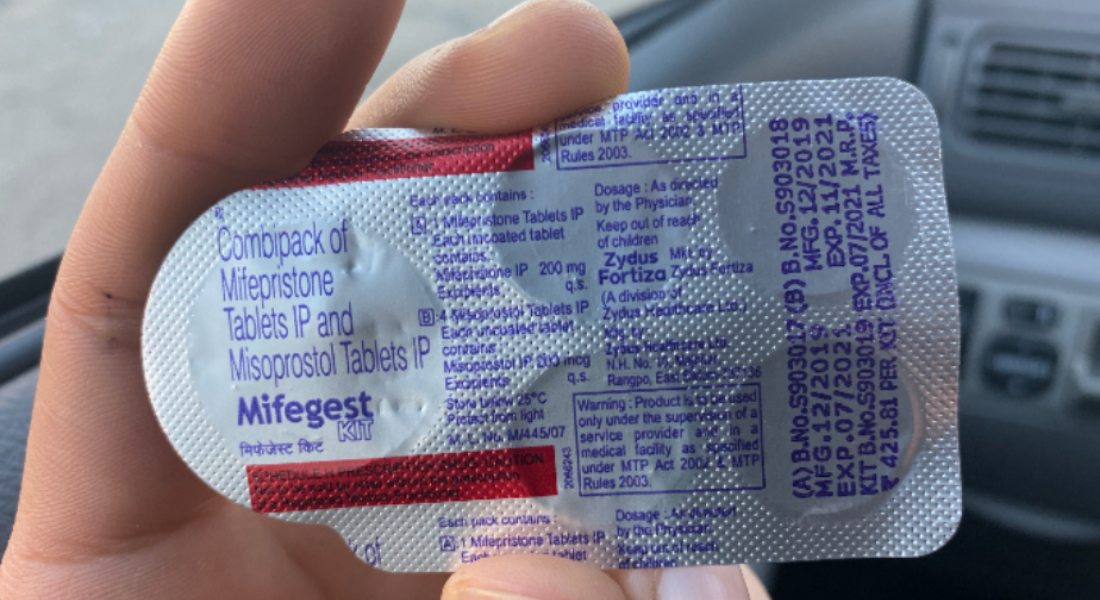 A pro-lifer recently went undercover and learned how easy it was to order abortion pills online, without ever having his identity verified or a doctor being consulted. The undercover operation raises questions about the safety of mail-order abortion pills, even as the abortion industry is pushing at-home, do-it-yourself chemical abortions (abortion pill) as a safe option for women. 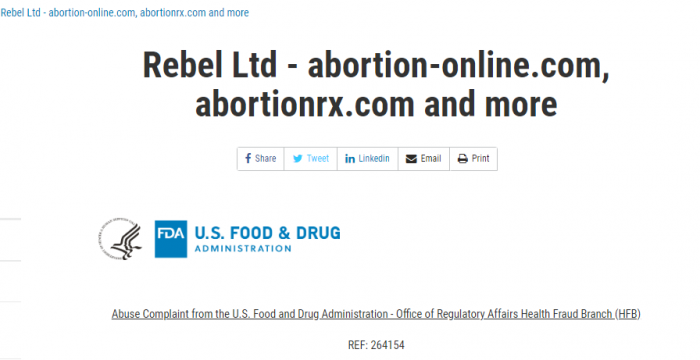 “I also obtained another prescription from AidAccess.org under the name ‘Liz Martin,'” Baca told Live Action News. The prescription was for misoprostol only. “I did not go out of my way to pick shady and reckless companies,” he said. “I picked the ones that Plan C claims to have reviewed and graded as ‘safe and effective.’”

The prescription for misprostol appears to come from American abortionist Suzanne Poppema, author of the book, “Why I Am an Abortion Doctor.” Live Action News was unable to independently confirm Poppema gave him the prescription; however, Baca did provide an image of the alleged prescription. 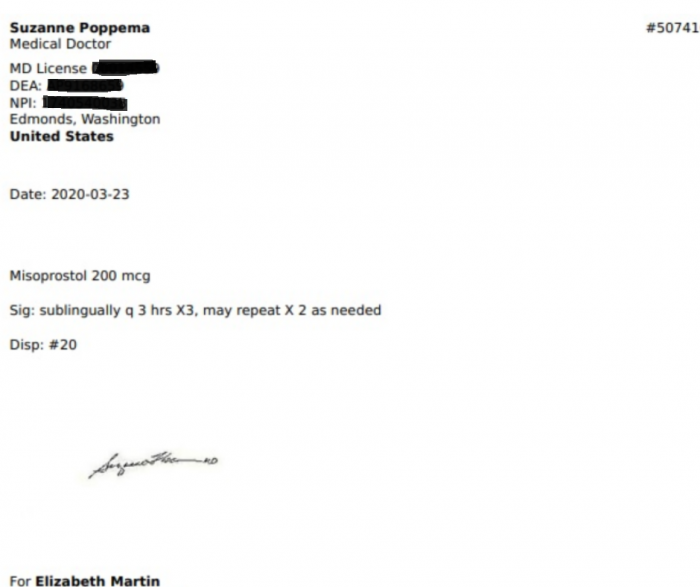 Baca said he wanted to find out how easy it was to order abortion pills online. “Neither company required proof of a doctor’s visit or even an ultrasound proving I was pregnant,” he explained. “They did nothing to make sure I was not being abused, raped or trafficked. They did absolutely nothing to verify I was an adult beyond asking me how old I was. I simply told them I was born in 1995, but they never asked for an ID.”

Baca also claims he offered his identification, but was refused. “When I asked someone from AbortionRx.com if I needed an ID to prove I was an adult they said, ‘We trust that you are at least 18,'” Baca said. “When I asked if I should go to a doctor after I took the abortion pills, I was highly discouraged. They said that the medical staff would only try to con me into additional charges. When I asked one of these recommended companies what I should do if I bled profusely for several days, they let me know that they were not doctors but I could ‘Google it’ if I was concerned.”

After contacting the websites, Baca went public with the news, posting the information on Twitter, as well as a video on TikTok.

Baca was unable to obtain the abortion pill from AidAccess Instead, he only received the second part of the abortion pill regimen, known as “misoprostol.” The abortion pill regimen involves taking two FDA-approved drugs, including the progesterone blocker mifepristone, starving the baby of oxygen and nutrients, typically resulting in the child’s death. The second pill, misoprostol, is an FDA-approved anti-ulcer drug, which is also approved to cause contractions, forcing the mother to expel the baby, after she has taken the mifepristone. The FDA does not approve the use of misoprostol alone for abortion.

Baca says he used the name Elizabeth “Liz” Martin, and this name was never verified. AidAccess also told Baca, posing as Martin, that due to the coronavirus pandemic, they wouldn’t be able to ship from India. An alleged transcript he showed Live Action News read in part, “Dear Elizabeth, IMPORTANT INFORMATION: We are so sorry that because of Covid-19 (Corona Virus) the Government of India have decided to close all international airports till 28th March 2020 to prevent corona virus outbreak. This means that abortion pills can only be shipped after March 30th. As the situation is so uncertain, the doctor can only provide prescriptions for misoprostol which you can try to get filled at a pharmacy in the USA (some states now also allow foreign doctors prescriptions as an emergency measure). Misoprostol is a medicine that can cause an abortion in 94% of cases. It is less effective than the combination of Mifepristone and Misoprostol. We will provide the prescriptions for free.”

Instead, the Misoprostol would need to be dispensed from an American pharmacy. The transcript provided to Live Action News read:

Baca, as “Elizabeth,” was also told to lie if there were serious complications requiring emergency treatment, as the transcript provided to Live Action News showed. “If you go to the hospital, you can tell the doctors you think you had a miscarriage,” the transcript read. “The symptoms and treatment are the same for miscarriage or abortion, and doctors know how to handle a miscarriage.”

For AbortionRx.com, Baca questions whether there might be illegal activity taking place. “The grammar and English were very poor and it seems that the staff is most likely from India,” he explained. “However, shipping came from an address in CA and only took three days to arrive in [my state]. The travel from India and wait in customs would have taken much longer. I believe they are either smuggling tremendous amounts of this drug past customs and into secret warehouse in the states, or they are just buying large amounts of the drug from shady US pharmaceutical companies from warehouses already in the US.”

This time, Baca used the name Jennifer Rodriguez, and the mifepristone was sent in a package, bundled in bubble wrap with candy. 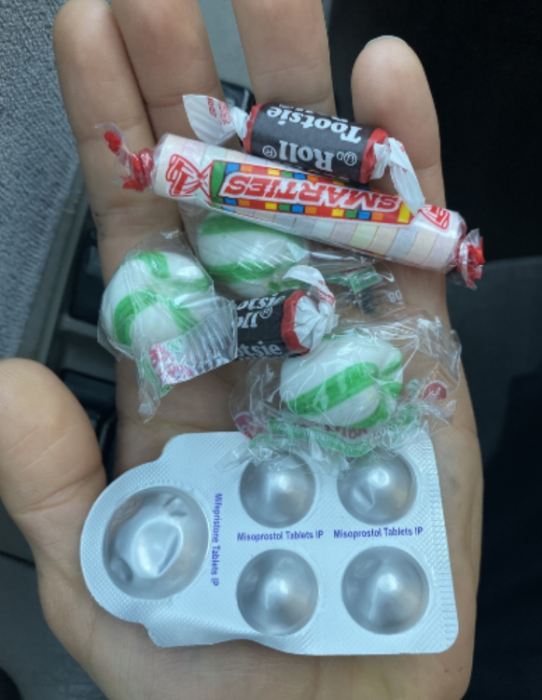 Women have to suffer through the pain and trauma of a medication abortion alone — and as plenty of post-abortive women have testified, it is not an easy experience. It has been described as “horrific,” “terrifying,” “humiliating,” and like “the scene of a murder.”

Known complications from the abortion pills include heavy, painful cramping, nausea and vomiting, and hemorrhaging. Without an ultrasound to date the pregnancy, the pill is even more likely to fail, meaning the woman may need a surgical abortion — and she also won’t know if she has an ectopic pregnancy, which could lead to fatal complications. Women have died from taking the abortion pills, usually from infection and undiagnosed ectopic pregnancies.

The abortion pill regimen is dangerous. That women around the country are theoretically receiving abortion pills through the mail, without ever seeing a doctor or receiving an ultrasound, should be terrifying, but the situation gets worse. Baca’s research also shows how easy it is for a trafficker or abuser to obtain abortion pills and force them on a woman, without her knowledge or consent. This is the reality of dangerous, DIY abortions at home — and it’s exactly what the abortion industry is pushing for.