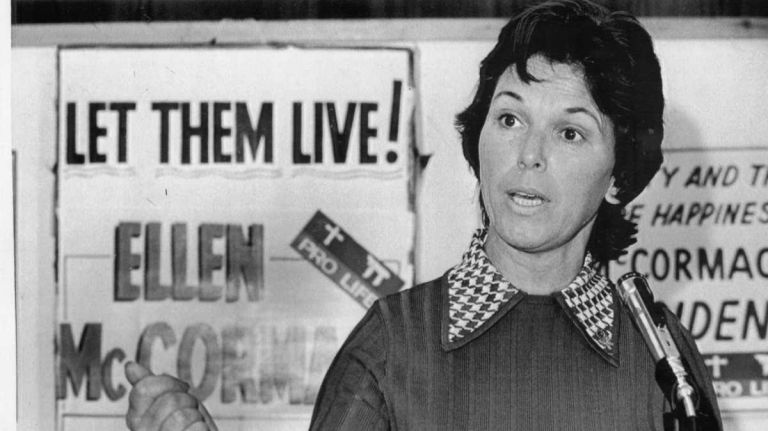 Ellen McCormack, an avid pro-life advocate and 1976 Democratic presidential candidate for the Right to Life Party, made history as the first woman to receive matching federal funds for a presidential race. As the first presidential race after the 1973 Roe v. Wade Supreme Court decision, her candidacy focused on the rights of the preborn. McCormick’s 1976 political commercials show her discussing her views with Dr. Mildred Jefferson, a leader in the National Right to Life movement.

The commercial focused on taxpayer-funded abortions. Dr. Jefferson emphasized that there is “no benefit to use the money to help the poor to get rid of the babies of the poor.”

Her second political commercial showed an image of an aborted child. “Some of you may prefer not to see what I am going to show in a few seconds,” Dr. Jefferson states in the commercial, “But I hope many of you will choose to watch because it contains information often kept from the general public.”

The commercial shows the tiny feet of a baby weeks after conception — a photo now well-known in pro-life circles as “Precious Feet.” Read the history of this photo here. 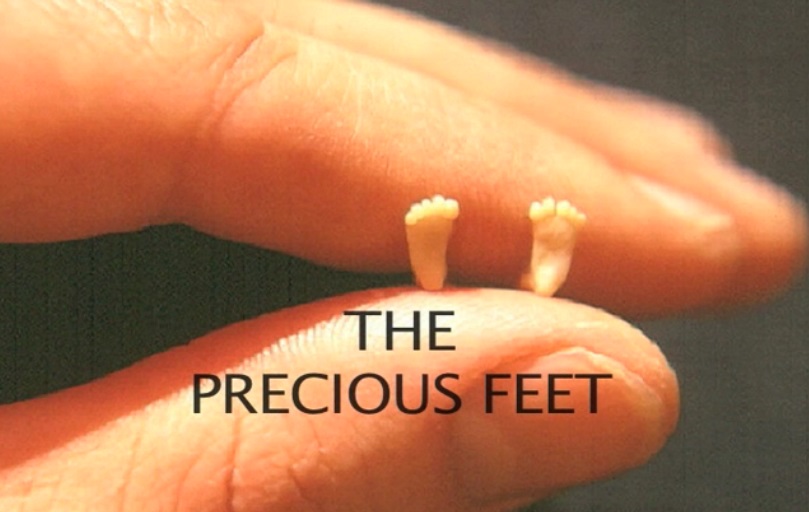 The commercial then shows a second image of a “baby at 11 weeks after conception and another baby at 24 weeks.”

“Tragically, many babies like these lose their lives in a very painful way through abortion,” Dr. Jefferson says.

Another McCormack campaign ad described the fetal development of an unborn baby.

McCormack said, “Did you know that the heart of an unborn baby begins to be formed at three weeks after conception? Did you know also that a million babies have their hearts stopped each year in a very painful way by abortion?”

Holding a young baby, she continues, “I’m Ellen McCormack, a Democratic candidate for President. Help me to keep these hearts beating. Together we can help both the mother and your baby.”

One report suggested McCormack’s political inspiration came when her home state of New York passed one of the first laws legalizing abortion. But McCormack told the New York Times her activism was actually stirred after seeing images of an aborted child in 1970, two years before Roe.

“I went to some meetings and saw some slides,” she stated. “I couldn’t believe what was happening. Some people called it a ‘fetus.’ I was convinced it was a human life being taken. It was a baby, it was a terrible thing to do.”

She claimed that politicians were being “intimidated” by pro-abortion feminists to urge for liberalization of abortion laws. “The feminists have convinced the politicians they represent all women,” McCormack told the New York Times. “But I am a woman too…. They are teaching women it is alright to have multiple abortions.”

McCormack’s son, John McCormack, told the New York Daily News that when McCormack was pregnant with him she had a serious heart problem. “The doctors were recommending that she have an abortion and she refused, and that was her inspiration to enter that cause,” he said. 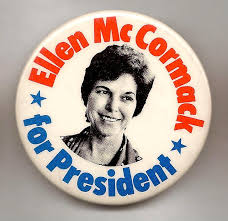 An excerpt from the Journal of Policy History, written by Stacie Taranto and published by Project Muse, detailed McCormack’s run:

... [T]he most unlikely assortment of politicians—a group of housewives from Long Island—attempted to pass a Human Life Amendment by running a candidate for president of the United States. In 1976, one of the housewives, Ellen McCormack, ran in the Democratic presidential primary. …  McCormack’s campaign was managed from kitchen tables across Long Island with guidance from a sympathetic Catholic priest and a local attorney well versed in election law. This help… enabled McCormack to appear on the ballot in twenty-one states and garner 267,590 popular votes. Remarkably, she was the first woman to qualify for federal matching funds and Secret Service protection. Yet McCormack and her Democratic presidential primary campaign have received little scholarly or popular attention.

… “I am running for president,” McCormack wrote, because “women who support traditional values must express themselves in order to neutralize what the feminists are doing in our name.”

McCormack told the New York Times, “I stand for the rights of the unborn… all the other candidates are in favor of a law that could kill 50 million innocent beings.” 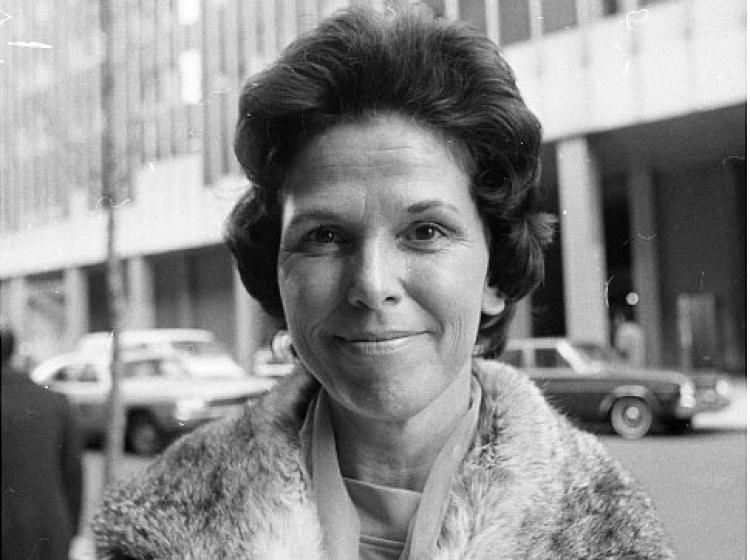 As a founding member of New York’s Pro-Life Action Committee (PLAC), she pledged to withhold support from legislators who supported legal abortion and to recruit pro-life candidates to run against state legislators who were not supporting pro-life bills….

The fact that McCormack’s campaign was using federal matching funds to run pro-life television commercials outraged many party leaders and the Federal Election Commission. They went so far as to change the election rules during the primary campaign with the specific intent of denying Ellen McCormack additional federal matching funds. Still, her pro-life commercials were seen by tens of millions of viewers that spring…

In 2011, at the age of 84, McCormack passed away. At the time of her passing, McCormack’s daughter, Kathleen Batterson, told Newsday that her mother simply saw the world “through the eyes of the unborn.”

Read more on Pro-life women in history here and here.