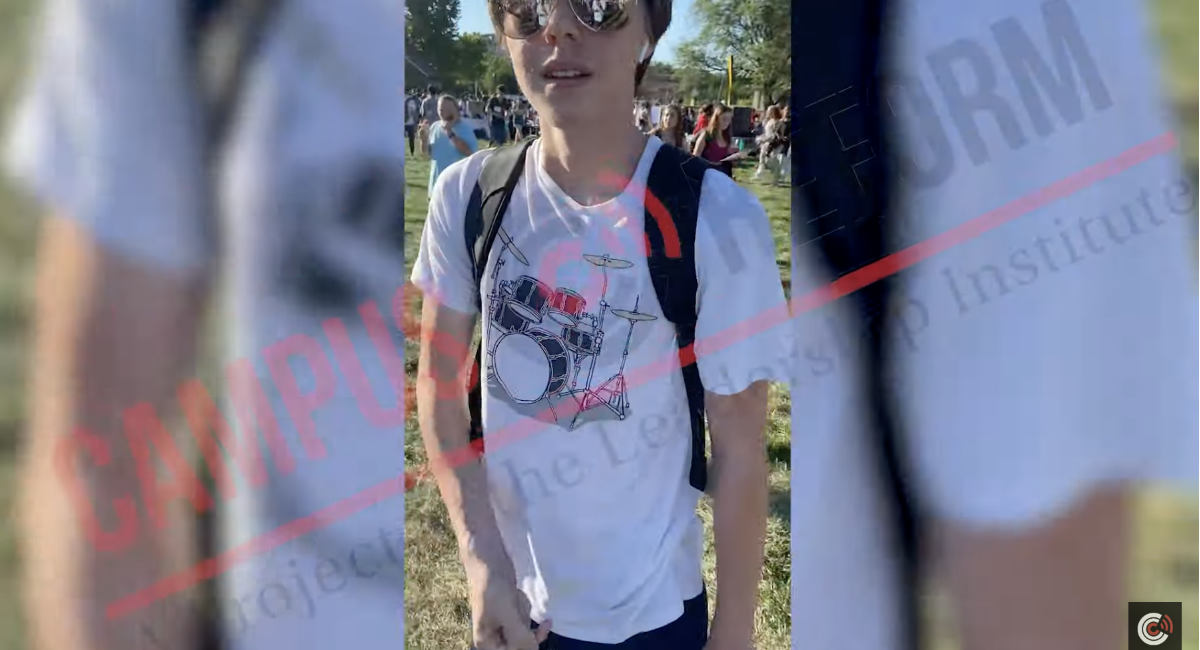 An unidentified male was caught on camera harassing conservative students and attacking a pro-life table at a University of Iowa student engagement fair.

According to Campus Reform, the male first flipped over the Campus Republicans table before trying to attack the Turning Point USA (TPUSA) chapter’s table. He then headed to the Students for Life table, where he became violent.

Sophia Claus, the chapter president for Students for Life, told Campus Reform she watched him harass the other tables and prepared herself when he headed her way. “Once I saw the boy coming over, I just thought, ‘I am not letting him flip this table,'” she said. But when Claus kept him from flipping her table over, he became violent.

“Once he was unsuccessful at flipping the table he started smashing it with his helmet,” she said. “I put my arms out trying to stop the helmet from hitting the table, but he just kept swinging it into my table and part of my hands. He then tried flipping the table again, but I put my body on it once again trying to push it down.”

She said she repeatedly asked him what he was doing, and he responded, “Giving abortions.”

Several students reported his behavior to Angie Reams, the dean of students, as well as to the police.

Sadly, this is one of just a number of attacks on pro-life activists across the country. Violence skyrocketed after the Supreme Court draft opinion overturning Roe v. Wade was leaked in May, with pregnancy centers, churches, and pro-life offices facing vandalism, harassment, arson, and fire-bombings. On college campuses, pro-life groups regularly see their displays vandalized, stolen, and destroyed.

A recent study from the University of North Carolina found that conservative pro-life students face hostility on campus, to the extent that they feel they must hide their opinions, or risk getting lower grades from their professors or be ostracized by their student peers.