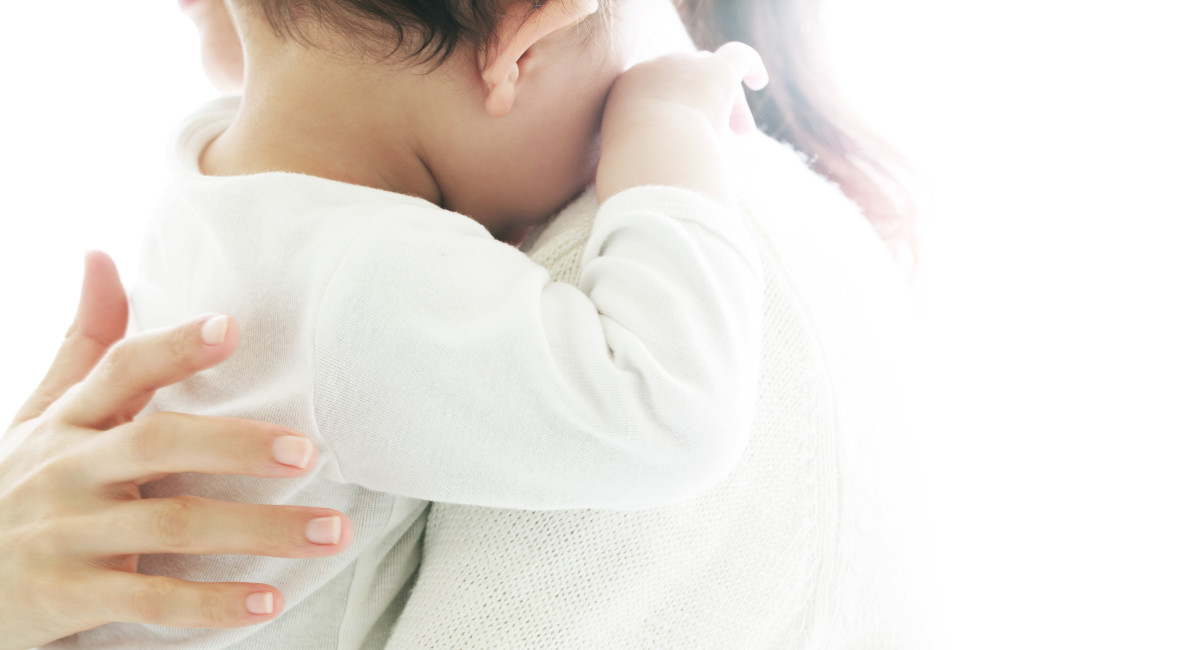 Pro-life authors Brittany and Natasha Smith wrote a book telling the stories of women and couples helped by pro-life pregnancy resource centers. One woman whose life was changed by a pregnancy center was Rosliany.

In 2015, Rosliany arrived in Silver Spring, Maryland, from Venezuela. According to the authors, she was “one of the millions of people who fled the country to escape severe food and medicine shortages, hyperinflation, and political unrest.”1 Rosliany became pregnant. When her boyfriend found out, he broke up with her and kicked her out of the house. She became homeless.

To make matters worse, Rosliany’s visa had expired. Immigration officials went after her, placing a tracking device on her ankle and threatening her with deportation.

Rosliany was a trained nurse and wanted to get a job to build a better life for herself and her child. But because of her immigration status, she was not allowed to work. So she was living in dire poverty, homeless, and unable to afford necessities. She couldn’t afford prenatal care or even delivery costs. Her Venezuelan family was mired in the poverty Rosliany was desperately trying to escape and was unable to help her financially.

An abortion would cost $800, and she knew it would be hard to come up with the money. However, the pro-abortion movement has funds to “help” women who feel they need abortions but cannot afford them. Fortunately, Rosliany didn’t know about these funds, or her story could have turned out very differently.

Rosliany’s deportation trial was scheduled for a month after her baby was due to be born. She was afraid that if they were deported back to Venezuela, she and her baby would starve. Rosliany described her thoughts:

If I choose this baby, we may be deported just a month after the delivery. If we’re deported to Venezuela, we might both die of starvation. I can’t watch my baby starve. That would be such a terrible death. Plus, I can’t pay for medical bills… if I terminate this pregnancy, then I wouldn’t have to watch him die if we’re deported. And it would be one less thing I have to worry about as I face court.2

Then Rosliany saw an offer for a free pregnancy test and ultrasound from Centro Tepeyec Women’s Center, a pro-life pregnancy center. The center’s director at the time, whose name was Mariana, and the other pregnancy center volunteers, committed to helping Rosliany.

First, Mariana showed Rosliany an ultrasound of her baby. The authors write:

Right there in the middle of the screen, she saw her child for the first time and marveled at the life. She chuckled as the baby seemed to be performing calisthenics as if in an aerobics video, and she could feel her own heart pounding as she watched the rhythm of the M–mode tracing the baby’s heartbeat.

But Rosliany found it hard to match the joy and excitement of the PRC staff surrounding her. The realities she faced were too overwhelming .3

Rosliany’s situation was desperate. But the pregnancy center was determined to help her. They connected Rosliany with a lawyer to assist her with her immigration case, and a local church stepped in to offer her emergency housing.

At 32 weeks, Rosliany had to have an emergency C-section. She was hospitalized for 11 days, and her premature baby boy spent three weeks in the NICU. This medical care was extremely expensive. But the pregnancy care center helped her sign up for a program through the Health Department that paid for her and her baby’s medical care. Her baby was therefore able to get lifesaving treatment and is now a healthy child. She named him Emmanuel.

When Rosliany came out from under anesthesia after her C-section, she saw she had been given an extra medical band. The ICU nurse explained that new mothers generally give the band to one other person who is then allowed access to their hospital room and their child. Typically, the band would be given to the child’s father or another family member. But Rosliany had no partner and no family. So Rosliany gave the bracelet to Mariana. According to the authors:

Tears streamed down Mariana’s face; she knew this meant Rosliany was claiming her as family – offering her the right to be the nearest person to this new mother and her son. Mariana sat by her side in intensive care and made sure that she had everything she needed during her recovery.4

Rosliany asked the pregnancy center worker who performed her first ultrasound to be Emmanuel’s godmother.

After the birth, Rosliany’s lawyer helped her get a work permit, so she could support herself and Emmanuel. She also dedicated herself to trying to become a legal citizen. At the time of the book’s publication, her case was still pending.