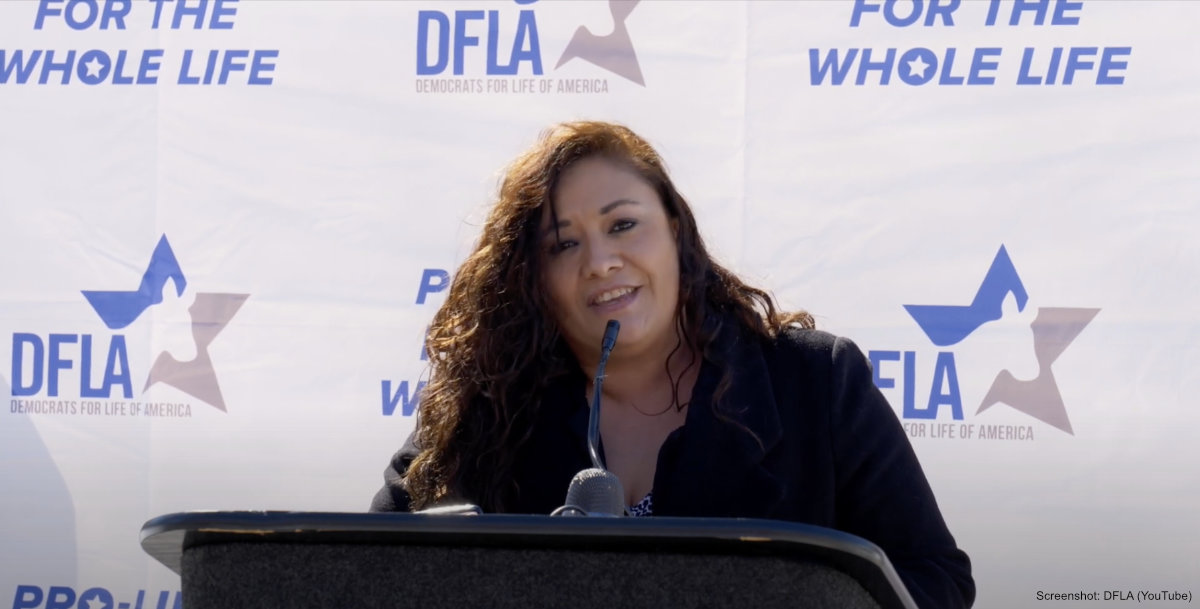 Mayra Rodriguez, a former Planned Parenthood director, is speaking out about how the abortion giant uses the threat of deportation to exploit the fears of undocumented immigrants to convince them to abort their children.

Rodriguez, who arrived in the U.S. as an undocumented immigrant and now lives legally in the United States, spoke at Democrats for Life of America’s annual conference, where she discussed her years working for Planned Parenthood, explaining how they seduce the immigrant community. 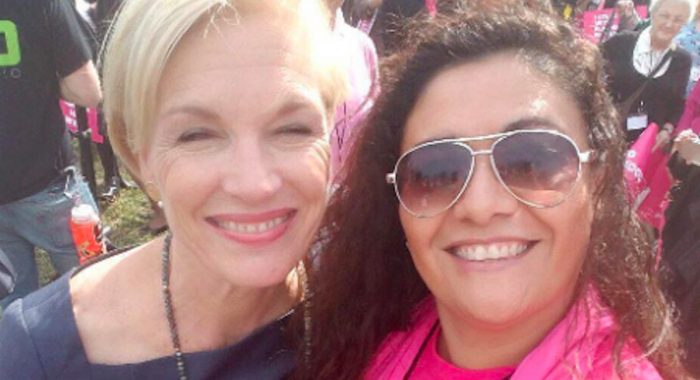 Mayra Rodriguez and former Planned Parenthood president Cecile Richards (Photo: And Then There Were None)

For Rodriguez, she said Planned Parenthood’s decision to hire her was specifically made to attract other undocumented immigrants like her. After 16 years, she said she was promoted to director of “the biggest [Planned Parenthood] clinic in the state of Arizona,” which is when she finally began seeing the reality of abortion. Part of what she saw was the fact that undocumented immigrants working in fields had been raped by their foremen — and were then taken to Planned Parenthood for abortions. Once they arrived at Planned Parenthood, Rodriguez said the women were told they were safe there, but that they would not be so safe if they sought care at a hospital or other health care facility where they might be deported.

“‘We won’t deport you, we won’t call ICE on you,'” Rodriguez said Planned Parenthood would tell the immigrant women. “But if you carry your baby and go to the hospital and you live, for example, in Arizona or Ohio or other states where they have very strict anti-undocumented people laws, you may get deported.'”

She continued, “So when you have that, what do women think? ‘Oh, I cannot have a child because I might get deported, and I could get separated from my other three kids… ‘ As an immigrant, I can tell you it is the worst feeling ever to know that you may have to leave this country.”

Not long after her promotion, Rodriguez realized she couldn’t ignore what was happening behind closed doors at Planned Parenthood.

In 2017, Planned Parenthood falsely claimed Rodriguez was keeping narcotics at her desk after she blew the whistle on numerous problems at facilities in Arizona, including illegal and dangerous behavior, large numbers of abortion complications, falsification of affidavits and patient records, incomplete abortions, and failure to report statutory rape as required by law. She sued Planned Parenthood and won $3 million in damages.

Rodriguez told Live Action News that even the signage at her Planned Parenthood facility deceived and manipulated women. “The Title X Planned Parenthood location I was managing had several posters made that said things like, ‘you are welcome here and no one will deport you,’ or ‘no state ID needed,'” she explained. “When I was sent to minority and immigrant communities, I was told to tell them that no one will deport them at our clinics, like in a hospital. That they should never be afraid to come to us. During this time, it was not uncommon for some hospitals to call ICE on undocumented immigrants.”

While it is still not unheard of for immigrants to be reported to ICE from a hospital, it has become more rare. In fact, hospitals and health care facilities are now classified as “sensitive locations” by both ICE and Customs and Border Control (CBP). This means that without a special written designation and only in cases of a national security threat, immigration enforcement activities cannot be carried out at such locations. And while doctors and hospitals are not banned from asking what someone’s immigration status is, the Health Insurance Portability and Accountability Act (HIPAA) bans patient information from being disclosed without patient consent unless a warrant is obtained.

In the meantime, there are organizations that can provide tangible help to women, including undocumented immigrants, so that they have life-affirming options — not just Planned Parenthood and abortion.

“I pursued a lawsuit against Planned Parenthood in court to, in part, show the immigrant community who Planned Parenthood really is. That we must not be afraid; that Planned Parenthood is not the answer, they are not on our side,” Rodriguez told Live Action News. “As an immigrant who was often scared just to leave my house, afraid to get deported, I tell women not to be afraid. There are many pro-life and immigrant aid organizations that help women of all backgrounds. There are many organizations that help women facing deportation. Help is available. We can help you, please choose life!”