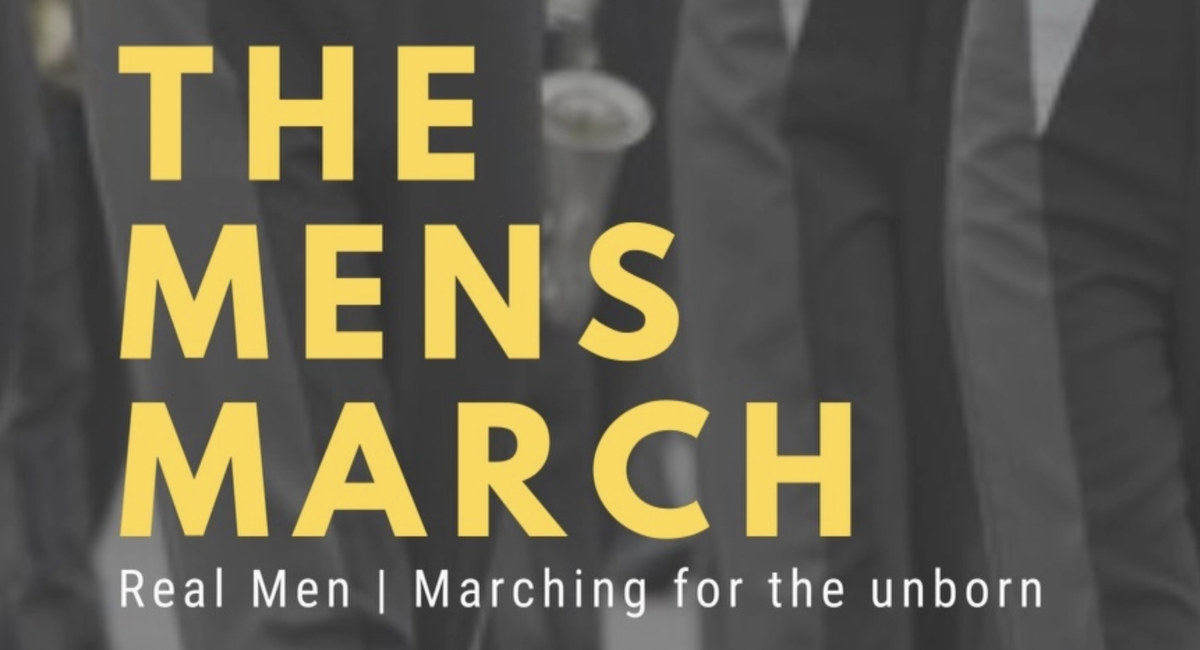 The first-ever men’s march to defend the preborn will be held this weekend in Washington, D.C., which organizers hope will spark a national movement that energizes men to stand up against abortion.

The National Men’s March to End Abortion will take place on Saturday, June 12, at 11:00 a.m., beginning with a gathering in front of the Washington Surgi-Clinic Abortion Center, a late-term abortion facility located at 2112 F St. NW. The marchers will proceed in silence for several blocks to the White House.

This particular abortion center was part of Live Action’s InHuman investigation and featured abortionist César Santangelo, who claimed that if a baby was accidentally born alive during an abortion at the facility, he “would not help it” even though he acknowledged that he would have a legal obligation to do so.

Organizers are unsure about how many men will attend but are hoping at least several hundred will participate in the march. There is also a dress code — men are asked to wear suits and priests will wear clerics. The event is anticipated to last about 2.5 hours.

Although abortion is often referred to as a “woman’s issue,” the men behind the march believe that men have an obligation to defend the lives of the preborn and their mothers.

In an episode of The Simple Truth, two of the march’s organizers, Jim Havens and Fr. Stephen Imbarrato, discussed the intention behind the march. They explained that unlike in other marches, there will be no signage except for one banner that says, “America Repent: Let’s Stop Murdering our Preborn Children.” The organizers hope that their presence will result in verbal interactions with those they meet in the streets, providing an opportunity to offer information on the reality of abortion.

Havens said they have received several emails from men around the country who plan to attend, including one who stated he has been waiting 48 years for an event like this. “This is the kind of sentiment stirring in men,” Havens stated.

Fr. Imbarrato is hoping the march is just the beginning of a wider men’s movement to end abortion and to hold the country’s leaders, such as President Joe Biden, accountable for supporting abortion. Live Action News reported that President Biden recently released his budget proposal for Fiscal Year 2022, and it excludes the Hyde Amendment, which prevents federal taxpayer dollars from funding most abortions.

“Joe Biden, apostate Catholic, thinks it’s okay to kill babies up to the day of birth,” Fr. Imbarrato stated, “Men, I want you to go to themensmarch.com and sign up, even if you don’t think you can come, so we can start a contact list right now and start a wave going.”

Live Action News has reported that abortion activists are constantly seeking ways to prevent pro-life men from having any voice on the issue, despite the fact that abortion affects men and women alike, with some men saying they experienced anguish for decades after their child was aborted. The organizers are hoping to change that.

Men interested in attending the march or learning more about the movement are encouraged to visit themensmarch.com.