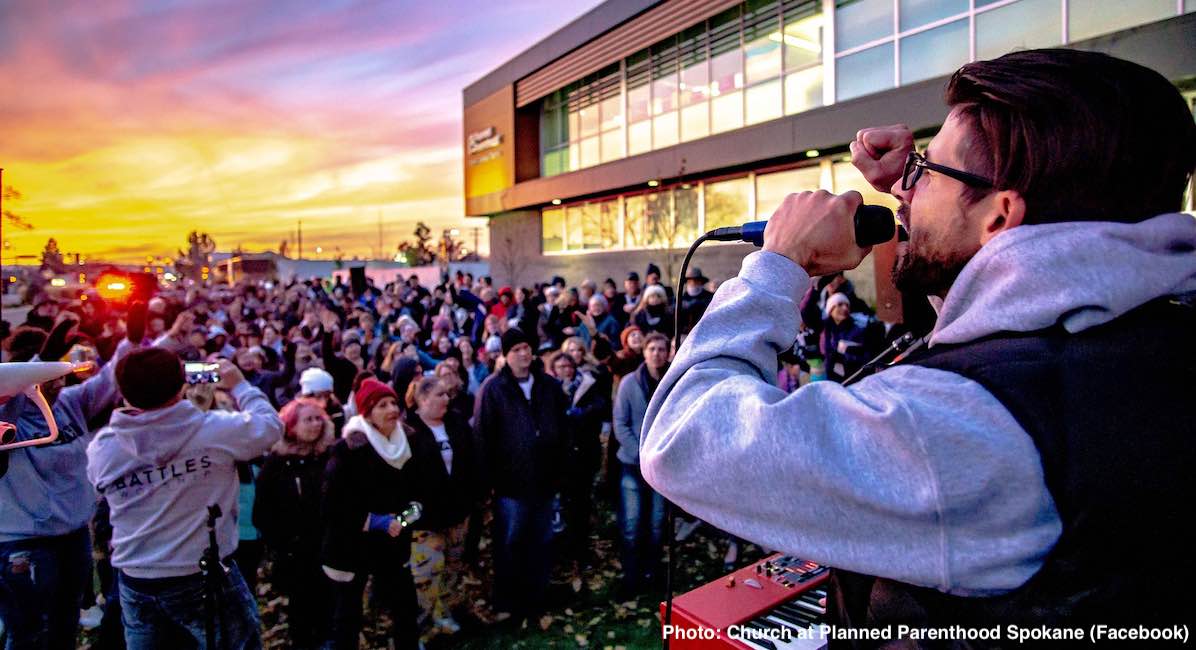 Now, Ken Peters, the pastor of The Church at Planned Parenthood, has responded to the lawsuit in an interview with Fox News. Peters claimed his congregation has not harmed any patients or been disruptive, and that Planned Parenthood is targeting them for being pro-life. “You have a billion-dollar industry suing local church pastors that aren’t wealthy at all, for singing and peaceable assembly,” he said. “We’ve been running for two years. We’ve never been cited. We don’t cause destruction. We don’t loot. We don’t riot. We literally go to Planned Parenthood and we hold church once a month. We do this after hours. We are not causing any harm.”

Peters explained that their events begin at 6:00 pm, when Planned Parenthood closes, and even said they would move their services later into the evening if need be. Yet Peters believes he knows what is truly causing Planned Parenthood’s discomfort. “We are bringing attention to the fact that they are killing life for money,” he said. “That’s what they don’t like. That’s what they’re suing us for….”

Karl Eastlund, CEO of Planned Parenthood of Greater Washington and North Idaho, previously called the Church at Planned Parenthood a group of “bullies,” accusing the church of “trying to take away care from young women, men, the LGBTQ community and Black, Indigenous, people of color in Spokane.”