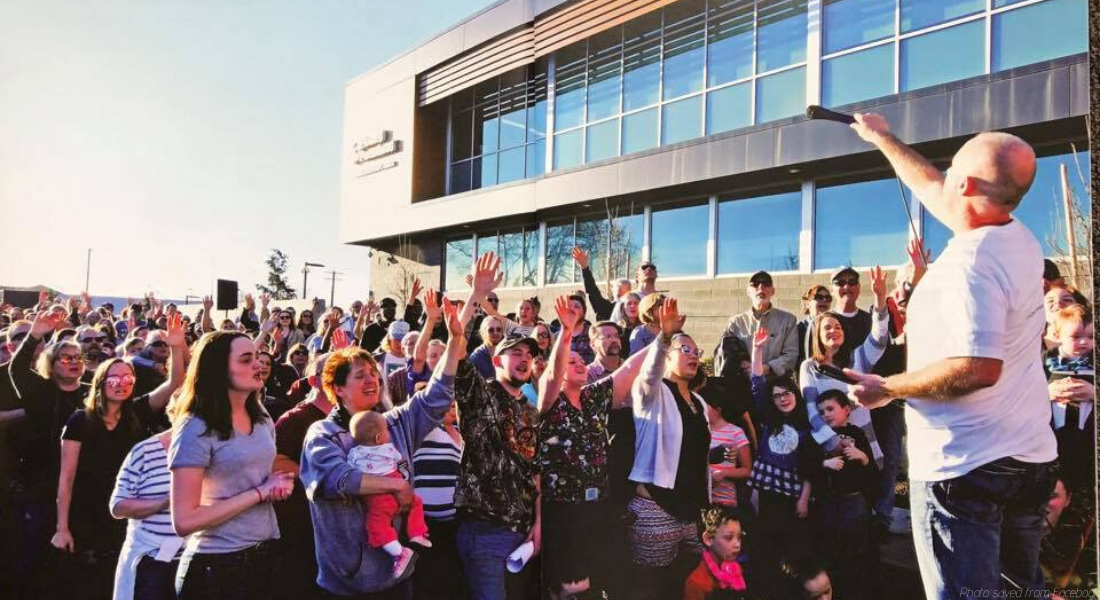 Planned Parenthood is already taking advantage of Spokane’s new noise ordinance. Just passed in March, the ordinance seemed directed solely at pro-lifers, and more specifically, at one group which meets regularly outside of Planned Parenthood.

The Church at Planned Parenthood consists of pro-lifers who meet each week to pray and hold religious services outside the facility. Staffers at the abortion business have complained that the songs and prayers can be heard inside the building, and Pastor Ken Peters said the ordinance feels directed squarely at them. “We really feel like they just don’t like us there, not that we’re disrupting. So we feel unfairly treated,” he told KREM-TV in March.

While the Spokane City Council denies it was directed at pro-lifers specifically, Planned Parenthood seems thrilled, recently including the ordinance as part of its lawsuit against the Church at Planned Parenthood.

“These are not protesters,” Karl Eastlund, CEO of Planned Parenthood of Greater Washington and North Idaho, said in a statement. “They are bullies who are trying to take away care from young women, men, the LGBTQ community and Black, Indigenous, people of color in Spokane.” Spokane City Councilwoman Lori Kinnear introduced the ordinance, which strengthens a state law. Previously, it was illegal to “willfully or recklessly interfere with access to or from a health care facility,” and Kinnear’s ordinance strengthened it to “making noise that unreasonably disturbs the peace within the facility.” She is also now complaining that her ordinance is not being upheld by authorities.

Yet according to police, there has been no violation of the noise ordinance, despite what Planned Parenthood and Kinnear claim. “We’re there, we’re monitoring the situation, we’re listening to noise levels, we’re taking complaints, and code enforcement officers are using the decibel meters,” police department spokesperson Julie Humphreys said. “We’re actively enforcing what we’re asked to.” Humphreys also explained that there must be a complaint made for police to enforce the ordinance, and have even had officers on location actively monitoring for noise violations. Yet there have been no complaints made.