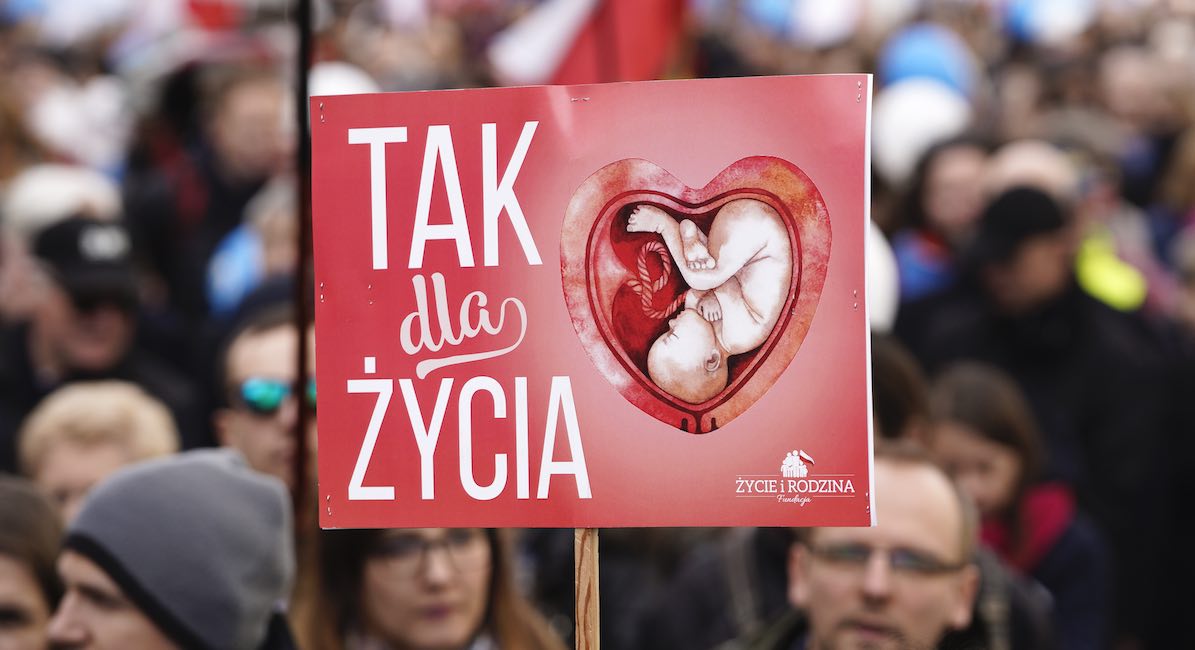 A new pro-life billboard campaign has been unveiled in Poland just days after the nation officially enacted a ruling that banned abortion due to a child’s prenatal disability diagnosis.

According to Catholic News Agency, 1,000 posters featuring a preborn child inside the womb and outlined by a heart with some featuring the words “perinatal hospice” are now on display throughout Poland. The same image has been seen on signs held by pro-life activists with the words “Yes for life.” 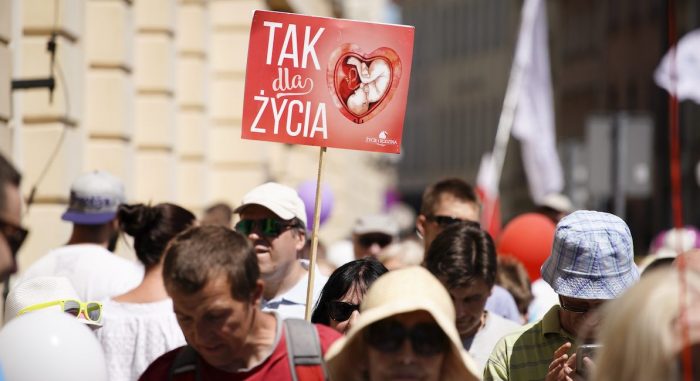 People are seen taking part in the March for Life and Family in Warsaw, Poland on June 9, 2019. (Photo by Jaap Arriens/NurPhoto)

The October 2020 Constitutional Tribunal ruling banned abortion for fetal diagnosis and went into effect on January 27, 2021. With 98% of abortions in Poland taking place due to a fetal diagnosis, a sharp decline in abortion numbers is expected. The New York Times reported that 1,074 of the 1,100 abortions in Poland last year were committed specifically because of a health condition or disability detected in the child. Data from the Ministry of Health revealed that in 2019, the chance of Down syndrome accounted for 40% of those abortions. Proponents of the bill say allowing abortion for disabilities is “eugenic.”

The pro-life billboard campaign was organized by the Our Children Foundation — Education, Health, Faith, an organization with a mission to “support the development, upbringing and education of children” in Poland. Perinatal hospice is available to families who receive a terminal prenatal diagnosis for their baby, though most women don’t realize the service exists, according to Polish News. Doctors often do not refer their patients to perinatal hospice programs or support. Instead, women have to seek out such support or learn about the programs on social media. According to the AP, new legislation has been proposed to create more perinatal hospices in Poland now that the law has gone into effect.

“It isn’t enough just to implement the law — those governing today, as well as the church and other groups have a supreme duty to care for parents, women and their disabled children, so none are left alone and unsupported,” said Bishop Wieslaw Smigiel, chairman of the bishops’ family commission.

Poland’s Federation of Pro-Life Movements echoed this, stating that the new ban on abortion is “not a victory in the understanding of human rights, but much more as a challenge to ever greater engagement in helping women with crisis pregnancies and their families.” It said it would appeal for “social solidarity” in the government to ensure care for the sick, disabled, and poor.