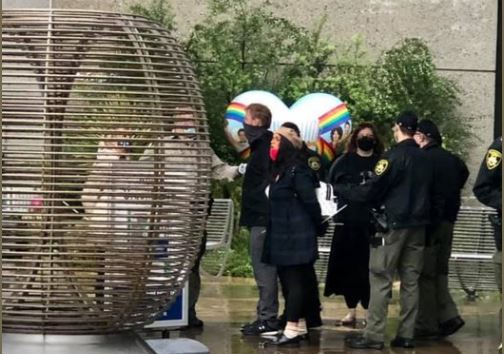 Pro-life activists were arrested Tuesday outside of Zuckerberg San Francisco General Hospital, where first and second-trimester abortions are committed and the bodies of aborted children are used for research at the University of California San Francisco.

Terrisa Bukovinac, executive director of Pro-Life San Francisco, Lauren Handy of Red Rose Rescue, and other pro-lifers including Cheryl Conrad of the Survivors of the Abortion Holocaust, were protesting outside of the hospital when they were arrested. The activists were charged with trespassing, but claim they were on public property.

“This morning a group of us were arrested outside Zuckerberg San Francisco General Hospital because we refused to comply to an unlawful order of dispersement… for interrupting a business,” Handy wrote on Facebook. “That business? UCSF’s aborted fetal organ harvesting program on healthy babies up to 24 weeks. We were on public property and within the rights of free speech activities (our lawyers even sent them a letter) but UCSF is so hell bent on protecting their aborted fetal organ harvesting program.”

One study in that UCSF program required the use of two bodies per month for up to 12 years. Those babies were required to be free of chromosomal abnormalities, could not have died in the womb naturally, and the mothers had to be free of infection. That means viable and healthy babies up to 24 weeks were aborted for non-medical reasons to then be used for research. These children were not injected with feticide prior to their deaths, which means they were likely killed through live dismemberment abortions in which their limbs were torn from their torsos, and the abortionist avoided crushing any of the requested body parts and organs. If, however, preborn children are killed using induction abortion without feticide, many of these babies were likely born alive.

READ: UCSF to fund 30 colleges to train abortionists… who will learn to convince women to abort 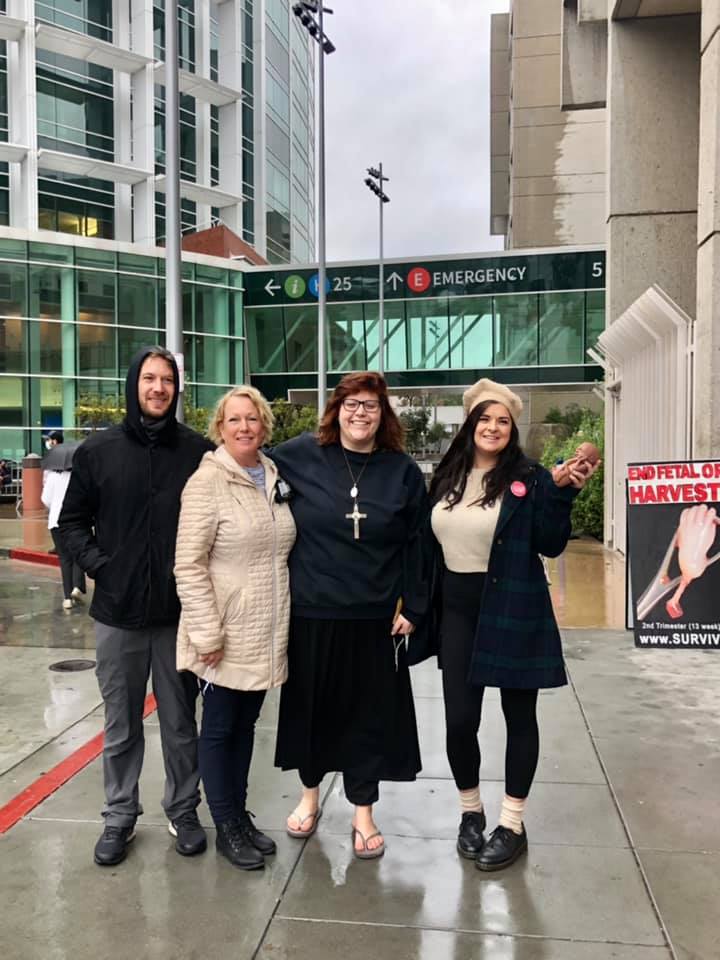 That fetal organ harvesting program also includes abortion training programs that produce some of the nation’s most prolific abortionists. UCSF is a public-funded university but is politically active in promoting violent second-trimester abortions as regular health care. “The message that this medical school gives the rest of medicine is that abortion is a normal part of women’s reproductive health,” said program researcher Carole E. Joffe.

After her arrest, Bukovinac said, “I will not be silenced or bullied unlawfully by police and I will use my voice every chance I get to defend the unborn victims of fetal organ harvesting who cannot defend themselves.”

Pro-Life San Francisco announced it will be pursuing legal action regarding the arrest and are confident it will win in court.

“We will not allow our 1st Amendment rights to be suppressed on the very site where viable, healthy babies are either dismembered alive or born alive and dissected for experimentation,” said Pro-Life San Francisco. We will not give up our quest in demanding Ethical Research NOW!”