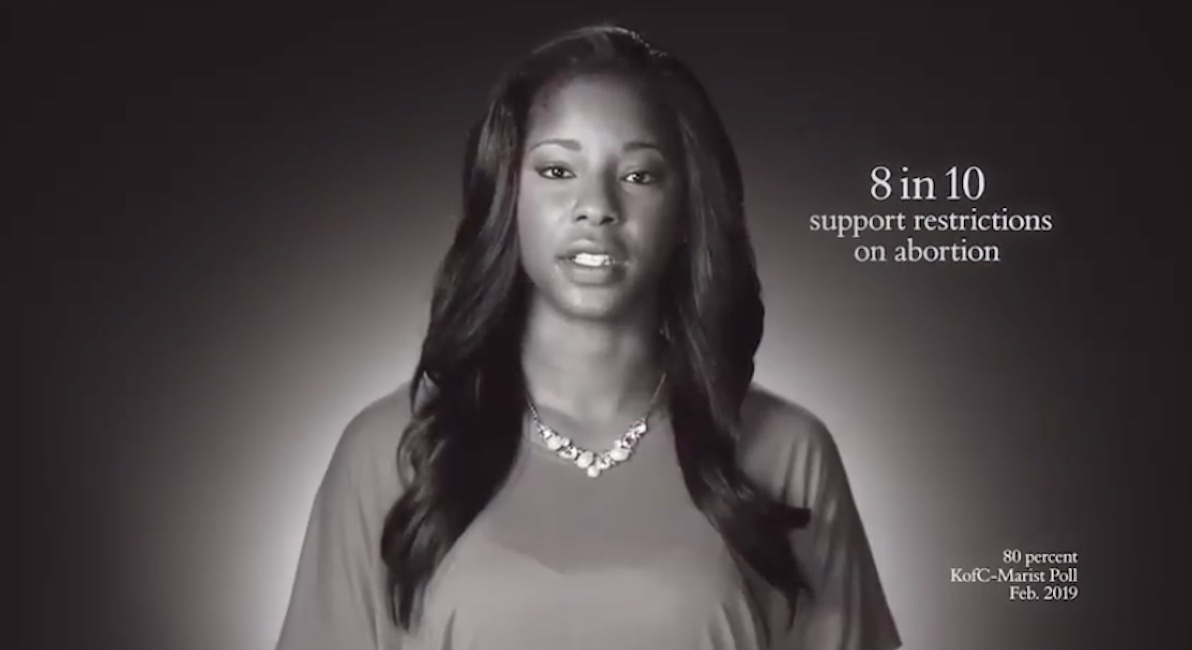 The action arm of the organization which organizes the annual March for Life in Washington, D.C., aired a six-figure ad on MSNBC ahead of the Democratic debates Wednesday night.

The “Consensus” ad features a number of women discussing the consensus among Americans shown by a recent Marist poll, which reveals that 8 in 10 Americans — and even 6 in 10 Americans who identify as pro-choice — think “abortion should happen only during the first three months of pregnancy – at most. That’s consensus.”

The ad comes at a time when the majority of Democratic presidential candidates have adopted hard line positions on abortion, out-of-step with the vast majority of Americans — even those who support abortion and want it to remain legal. The Democratic party platform advocates abortion with almost no restrictions, repealing the Hyde Amendment (which prevents federal taxpayers from funding most abortions for low-income individuals), funding for abortions abroad, and a commitment to overturn pro-life laws on the federal and state level.

The candidates recently attended a Planned Parenthood event in South Carolina, as reported by Live Action News, where out of 20 candidates, every single one promised to expand abortion, with some promising to codify it into federal law and get rid of the Hyde Amendment.

“If you don’t support [Hyde’s] repeal, you shouldn’t be the Democratic nominee,” New York mayor and presidential candidate Bill de Blasio has said. Democratic hopeful Kristen Gillibrand even recently compared pro-life views to those of racists.

The Hyde Amendment recently came into the spotlight as frontrunner Joe Biden first voiced his support for — and then his opposition to — the rider, which prevents taxpayers from paying for abortions with federal tax dollars, and which has saved over 2 million lives over the 43 years it has been enacted.

As the Democratic debates begin tonight, March for Life Action will set the record straight on America’s pro-life consensus. pic.twitter.com/3ObyRTR1W7

“While 2020 Democratic candidates are taking more radical stances on abortion by the day, the polling numbers are clear: 60% of Democrats want abortion limited to – at most – the first three months of pregnancy,” said March For Life president Jeanne Mancini in a statement. “A majority of Americans also oppose any taxpayer funding for abortion. The Democratic establishment would do well to listen to the American people – or even just their base – instead of caving into the pressure of the abortion lobby.”