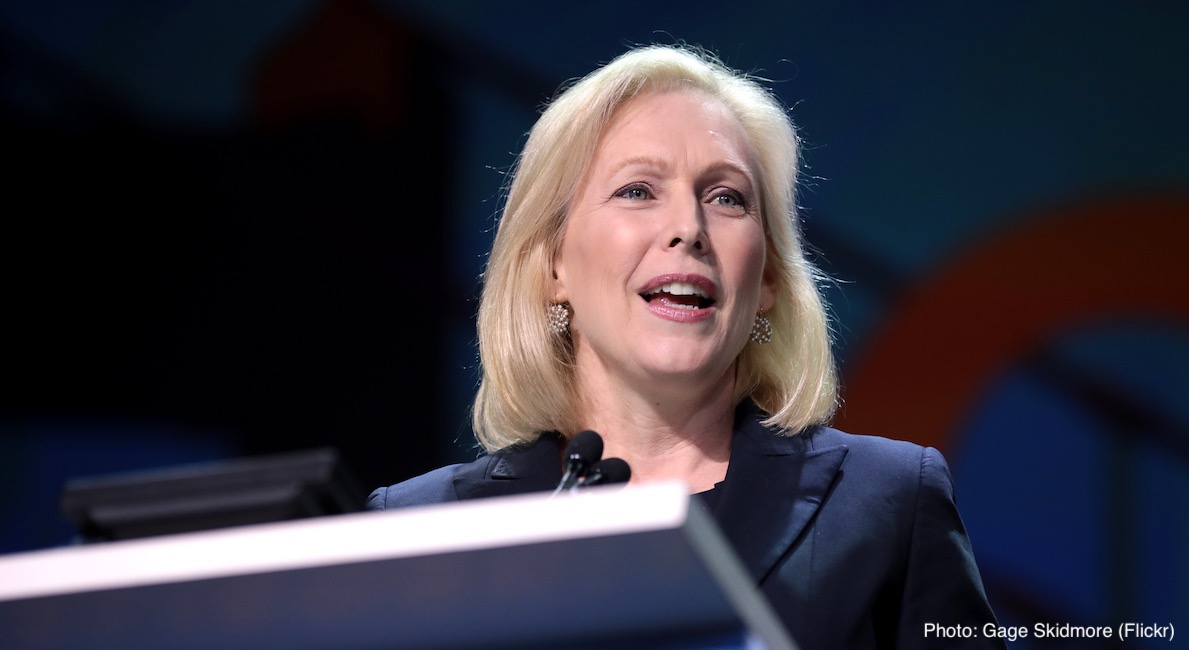 In a recent interview with The Des Moines Register, Democratic presidential hopeful Kirsten Gillibrand made several startling statements, comparing the pro-life position to being Anti-Semitic, racist, or homophobic.

In discussing the issue of appointing judges who might not ideologically align with her view of abortion, Gillibrand said, “There are some issues that have such moral clarity, that we have as a society decided that the other side is not acceptable. Imagine saying that it’s ok to appoint a judge who’s racist or anti-Semitic or homophobic,” she said. “Asking someone to appoint [a judge] who takes away basic human rights of any group of people in America, I don’t think those are political issues anymore….” Gillibrand seemed oblivious to the rights of the human being in the womb of the woman choosing to end that child’s life.

“We believe… in separation of church and state,” she added. “… [A]ll these efforts… to impose their faith on Americans is contrary to our Constitution, and that’s what this is…. There is no moral equivalency when you come to racism, and I do not believe there is a moral equivalency when it comes to changing laws that deny women reproductive freedom.”

Would that Senator Gillibrand were not ideologically blind to the beauty of valuing and supporting both mother and child, rather than pitting one against the other.

In a broad generalization of pro-lifers, she stated that while everyone is free to hold their own religious beliefs personally, there is no place for pro-life beliefs in the public square. But Gillibrand seems to be confusing the (frequently referenced progressive) idea of “freedom of worship” with “freedom of religion.” According to the National Catholic Reporter, freedom of religion is considered “more expansive” and “includes worship but also the right of believers to evangelize, change their religion, have schools and charitable institutions, and participate in the public square.”

The United States was founded on the principle of religious freedom. That being said, Gillibrand and other pro-abortion individuals appear unaware that human fetal development is not based on religious beliefs but on scientifically provable fact. She is also apparently ignoring or ignorant of the percentage of pro-lifers who do not report any religious affiliation at all.

Perhaps Senator Gillibrand should learn more about what pro-lifers truly stand for — the right to life of the very real human being growing inside the womb of his mother — and stop making sweeping generalizations about supporters of both mothers and children, whose motivations she clearly does not understand.