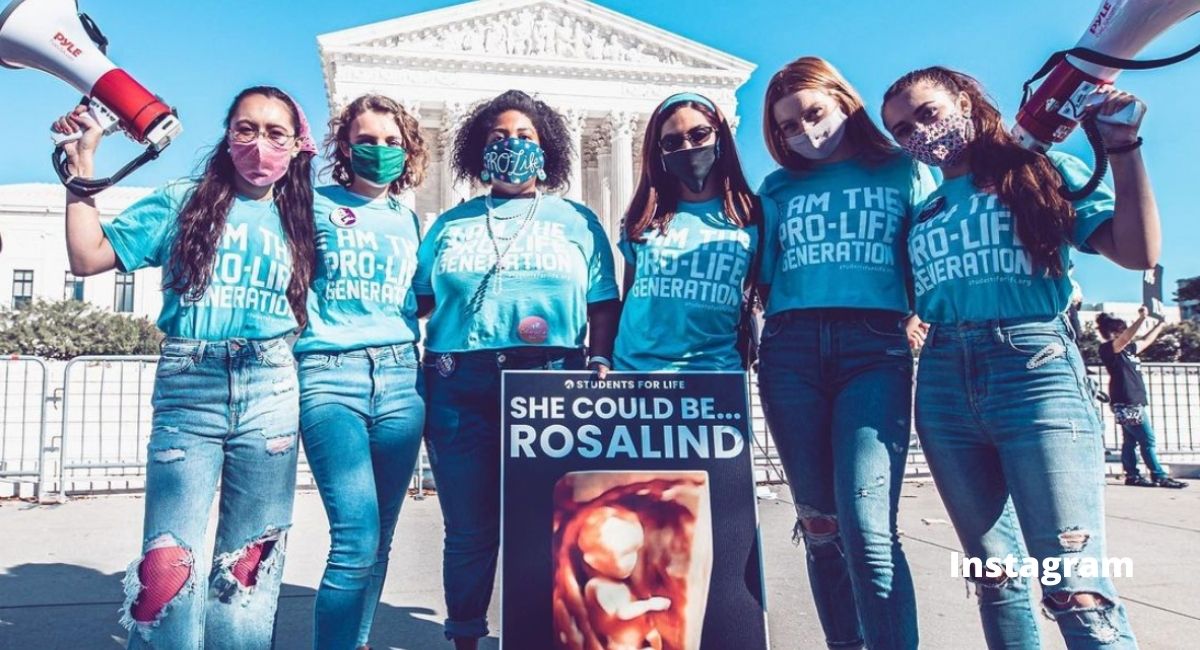 A group of students at the College of William and Mary in Virginia has launched an Instagram page with the intention of trolling the university’s pro-life group.

Students for Life of America (SFLA) has a chapter at William and Mary, and the members call themselves the Tribe for Life. According to SFLA, the pro-life students often face hostility on campus, with displays getting destroyed or stolen. But the harassment has now moved online, with an Instagram page specifically targeting the Tribe for Life, called Tribe for Death.

In its bio, the Tribe for Death describes themselves as “pro abortion” and “anti pregnancy” and states, “Hey there tribe for life [kiss-face emoji] DISCLAIMER: this account is 100% a joke aimed only at clowning our campus’s anti abortion group.” 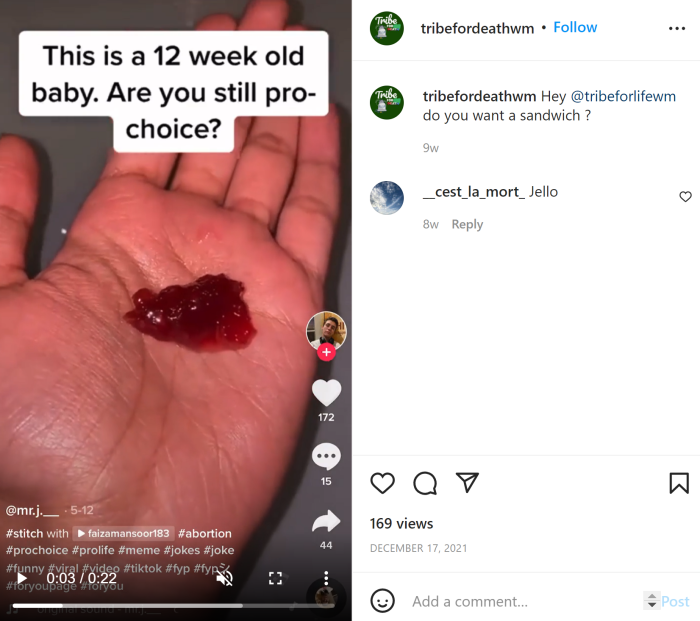 The posts included on the page are clearly meant to be offensive, including one comparing a preborn baby to a spoonful of jam in a person’s hand. The Instagram page again specifically calls out the pro-life students; the video shows the blob of jelly first, before cutting to someone making a sandwich, with a caption reading, “Hey @tribeforlifewm do you want a sandwich?”

Hannah Wolfe, the SFLA coordinator for Virginia, told the College Fix the group has attempted to talk to the Tribe for Death about their posts, to no avail. Wolfe said they originally reached out “to let them know that their messaging may be potentially harmful to women who have experienced abortion and come across the things they’ve posted,” adding, “The group says they are completely pro-woman and want people to always have a safe space to go and feel that the posts made by the Tribe for Death account could hinder women from finding the support that they need.”

READ: Her friends said abortion was the best choice. Instead, it resulted in a suicide attempt.

Wolfe also said the Tribe for Life regularly faces this kind of harassment, despite their attempts to dialogue with pro-abortion students and find a common ground. “This group has often experienced discrimination and bullying both on campus and online,” Wolfe said, adding, “[T]hey are met with anger and malice.”

The pro-life students at William and Mary are, unfortunately, far from alone. Pro-life students across the country frequently face vandalism, theft, destruction, anger, and even violence from abortion supporters.