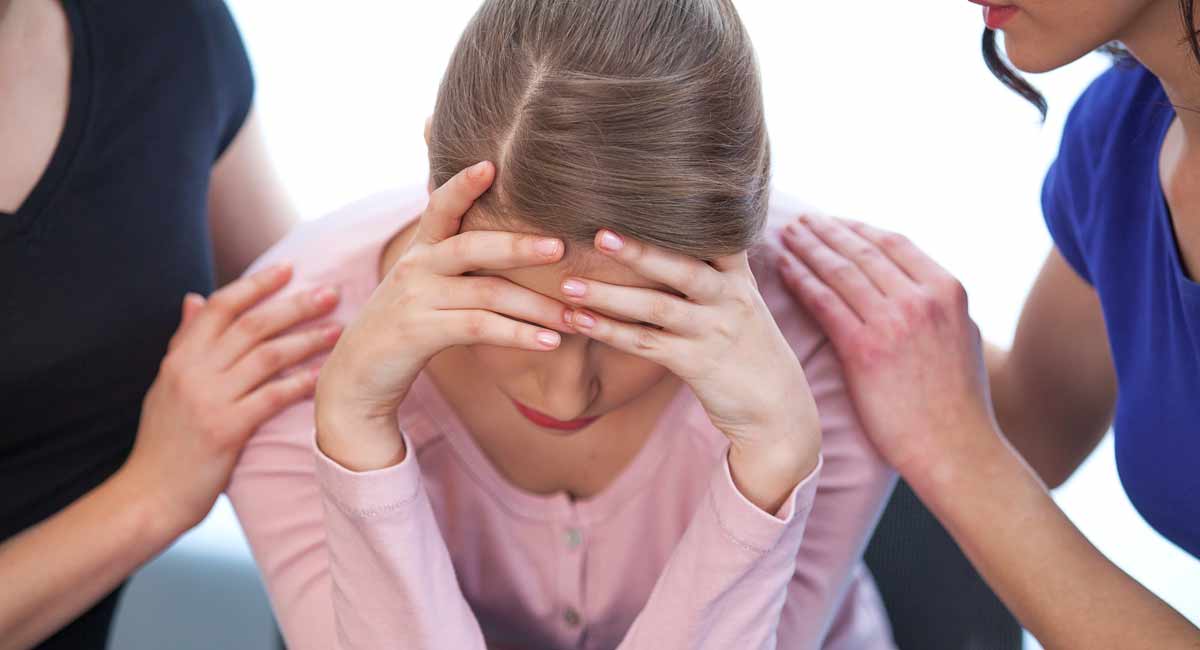 As a college freshman, Deanna Petrie* relished in the newfound freedom she didn’t have while growing up in a conservative Christian home. Nights of partying, drinking, and sleeping with several men offered a seductive lifestyle for Deanna. The previous year had been tumultuous, and Deanna was happy to put it behind her. But her recklessness caught up with her in a way she never imagined when she discovered she was pregnant half-way through the fall semester.

Deanna told Live Action News, “I couldn’t believe this had happened to me. I wasn’t even in a committed relationship with the baby’s father. When I told him about my pregnancy and plans to keep the baby, he said he was pro-choice and he didn’t want to be involved in any way, then he ghosted me.”

She saw “mo other way out” besides abortion

Because her mother held pro-life views, Deanna resolved not to tell her about her pregnancy, and instead turned to friends for support. But her friends told her abortion was the best option for a young, single woman with no education beyond high school.

“They painted a picture of me being on welfare, struggling to land a job that paid well, convincing me I’d be setting myself up for failure,” she said.

She didn’t know where to find assistance for women in her situation; there didn’t seem to be many resources readily available. She knew the closest Planned Parenthood facility in Mobile, Alabama, did not commit abortions after 16 weeks and she was almost eight weeks pregnant.

“I saw no other way out of my situation. So, I scheduled an appointment at Planned Parenthood and was given the abortion pill,” she told Live Action News. “After taking it, I experienced heavy bleeding for 10 days. I went back only once for a follow up visit to confirm I was no longer pregnant.”

Telling herself she made the best decision, she tried to move forward but soon found herself enveloped in a cloud of depression. The challenges of the past year still weighed heavily on her, and now she was grieving the loss of her child.

“In my senior year of high school, I was diagnosed with polycystic ovarian syndrome, was sexually assaulted by my boyfriend and accidentally discovered the man who raised me wasn’t my biological father – and now I’m dealing with this trauma,” she said. “The stress was overwhelming, and I just couldn’t cope.”

She stopped attending classes and resumed her risky lifestyle. Six months later, she had dropped out of college. She moved in with a former high school boyfriend and vowed never to talk about her abortion with anyone — not even with a therapist.

“I felt that denying it ever happened was how I was going to handle it,” she said. “I stuffed my emotions deep inside.”

Her suppressed pain and grief led to a suicide attempt

Her relationship with her live-in boyfriend provided a sense of security, and she wanted to start a family together, but her struggle with PCOS impeded her ability to get pregnant. The relationship eventually disintegrated, and Deanna moved in with a friend. Her life’s instability had impacted her ability to form healthy relationships, including with her new roommate.

Deanna told Live Action News, “At the time, I was still under a lot of pressure and there was tension with my roommate. A big fight with her one night led me to evaluate my life and the decisions I had made. The pain of my abortion bubbled to the surface, and I couldn’t stop the waves of grief that washed over me, finally facing the loss of my child. I just couldn’t handle the intensity of all the emotions I was feeling so I tried to overdose, but my friend called 911 and I was rushed to the hospital in time to have my stomach pumped.”

Deanna survived, and tried to find healing. She met a new man and eventually got engaged but once again, the relationship deteriorated, and he moved on. The breakup spurred another bout with depression, kickstarting the same destructive behavior that had resulted in her pregnancy in college. But this time, Deanna developed an eating disorder.

Deanna said, “At some point, the realization kicked in that I was going to eventually succeed at killing myself if I continued along this destructive path. I stopped drinking and being sexually promiscuous but still wrestled with the eating disorder. After meeting my now-husband, I finally got the help I desperately needed.”

Today, Deanna and her husband are expecting a daughter together. Deanna remembers hearing this baby’s heartbeat at the first ultrasound when she was six weeks pregnant, and recalls in comparison the grainy image she saw at Planned Parenthood where her baby looked like a “blob.” She was astonished at how developed her current baby looked at the next visit when she was almost eight weeks pregnant.

“Seeing my baby at eight weeks was bittersweet because that’s how far along I was when I went to Planned Parenthood for the abortion pill,” she said. “I just couldn’t get my head around that.”

While she remained pro-choice for several years after her abortion, she now holds pro-life views and hopes that by sharing her story, other women will be inspired to choose life. She recently tried to counsel a young woman who eventually decided to terminate her pregnancy and Deanna was devastated. Still, she pushes on, hoping to make a difference whenever she can.

For Deanna, true healing resulted from becoming rooted in Jesus Christ and seeing her identify through God’s eyes.

“Even though I have sinned is so many ways, I am loved and forgiven by my heavenly Father,” she said. “My child is with Him in heaven, in a place without sadness or pain and one day I’ll be there, too.”

*Not her real name