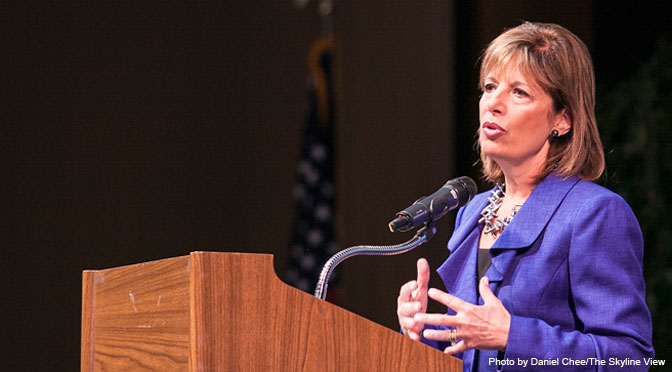 Controversy has erupted over news that pro-abortion Representative Jackie Speier (D-CA) is scheduled to speak at a Catholic retreat house on April 23.

The speech, at the Catholic Sisters of Mercy’s Burlingame Mercy Center in California, is slated to address the subject of “mercy in public life.” Pro-lifers have noted the irony of contrasting the topic with Speier’s 100% pro-abortion ratings and voting record from Planned Parenthood Action Fund and NARAL Pro-Choice America.

Notably, the Congresswoman’s denial of mercy to the preborn includes her vote against the 2015 Born-Alive Abortion Survivors Protection Act, requiring medical care for newborn infants who survive abortions.

Speier, who has had an abortion, was also named by House Minority Leader Nancy Pelosi to the House Select Committee investigating Planned Parenthood for its fetal organ harvesting scandal.

Despite her uncompromising pro-abortion stance, Speier identifies as a Catholic and even claims, “I have never wavered in my commitment to Catholicism even when I haven’t agreed with a specific Pope.”

Catholics and other pro-lifers who wan to give feedback to a Catholic organization inviting a pro-abortion speaker can share their thoughts by calling the Mercy Center at (650) 340-7474, as well as the Catholic Archdiocese of San Francisco at (415) 614-5500.