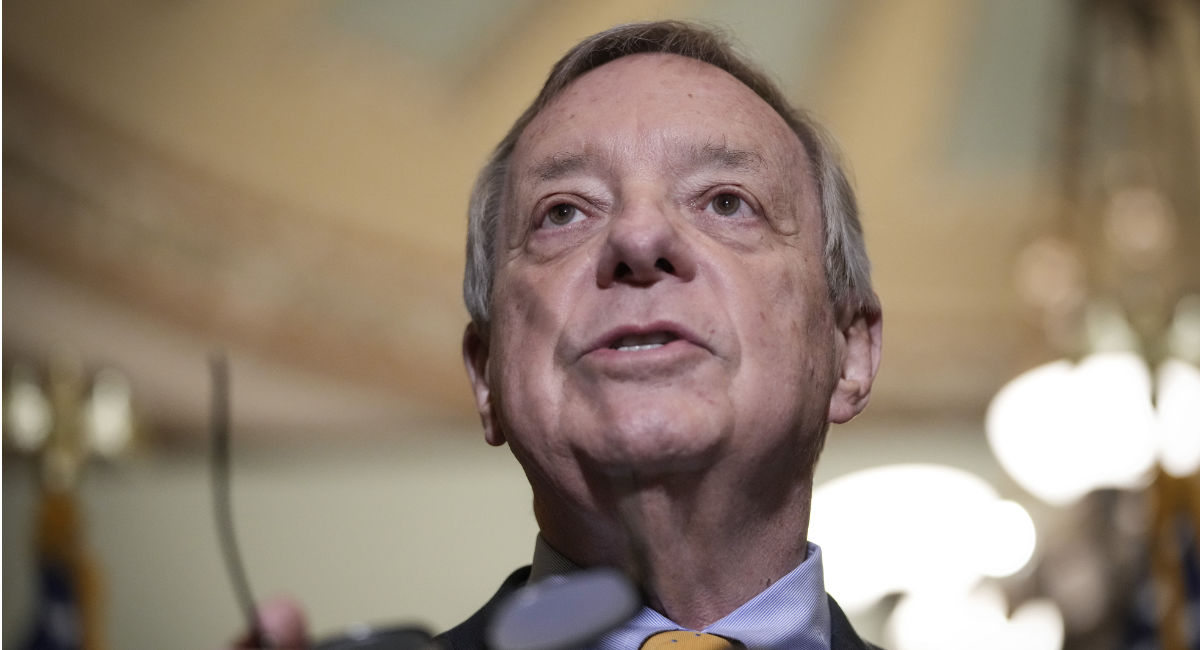 The Senate Judiciary Committee held a hearing on Tuesday regarding abortion, and Republican Senator Mike Lee of Utah asked Democratic Chairman Dick Durbin of Illinois to enter a letter written by Durbin in 1989 into the congressional record. Durbin agreed, and that letter serves as a reminder of how extreme many politicians have become in their pro-abortion stance.

In recent years, Durbin has voted against the Born-Alive Abortion Survivors Protection Act, the Pain-Capable Unborn Child Protection Act, and acts prohibiting government funds from being used to pay for abortions. He also voted in favor of the heavily pro-abortion Women’s Health Protection Act of 2021. But the letter shows that Durbin was far less pro-abortion back in 1989.

“I believe we should end abortion on demand, and at every opportunity I have translated this belief into votes in the House of Representatives,” he wrote. “I am opposed to the use of federal funds to pay for elective abortions, and will continue to support amendments to prohibit the funding of elective abortions for federal employees and Medicaid recipients. Also, notwithstanding the result in Webster, I continue to believe the Supreme Court’s decision in Roe v. Wade should be reversed.”

A snapshot from the Senate Judiciary Committee hearing on Post-Roe America:

Sen. Mike Lee to Chairman Dick Durbin: "I ask unanimous consent to submit for the record, a copy of a letter that you wrote on August 4 1989."

In 1982, Durbin had also acted as master of ceremonies at the Springfield Right to Life Committee’s annual gathering at the Illinois Capitol to protest Roe v. Wade. He wrote a letter that same year, stating, “My record of opposition to abortion on demand has been public record for eight years.” He was elected to Congress as a pro-life Democrat that year; today, he is a staunch pro-abortion advocate.

Senator Ted Cruz (R-Texas) pointed out that like Durbin, many now-pro-abortion senators once leaned more pro-life. What is interesting is that as technology revealed more about the humanity of preborn human beings over the years, many politicians became more pro-abortion. Over those same years, Planned Parenthood gained increasing political clout.

Both @SenTedCruz and @SenMikeLee highlight a 1989 letter from @SenatorDurbin in which the now heavily pro-abortion senator said: "I believe we should end abortion on demand." Cruz highlights how radical Dems like Durbin have now become on abortion. pic.twitter.com/wuXiek6qFi

But it isn’t just senators or representatives that turned away from pro-life values to become extremely pro-abortion. President Joe Biden was once in favor of limited abortion as well. In 1994, then-Senator Biden said he was against taxpayer-funded abortion. In 1981, he supported an amendment to empower states to overturn Roe. In 1983, he opposed allowing insurers to cover abortion costs for federal employees. He has now flipped on each of these issues.

Likewise, in 2006, he said, “I do not view abortion as a choice and a right. I think it’s always a tragedy, and I think that it should be rare and safe, and I think we should be focusing on how to limit the number of abortions.” Biden clearly no longer believes this as he has called for a federal law to codify a ‘right’ to abortion into federal law and signed an executive order to safeguard access to abortion.

Durbin has become as extreme in his support of abortion as Biden has. After the Supreme Court overturned Roe v. Wade on June 24, Durbin released a statement. “Today’s decision eliminates a federally protected constitutional right that has been the law for nearly half a century,” he said. He added that he will “keep fighting to enshrine into law a woman’s right to make her own reproductive choices.”