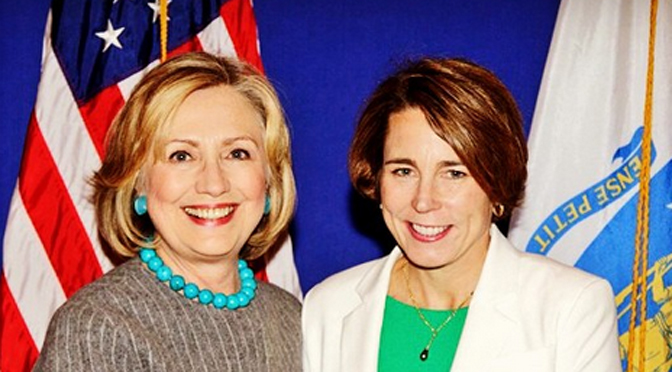 The number of states to investigate or review Planned Parenthood keeps growing.

In light of two videos released by the Center for Medical Progress showing top Planned Parenthood employees discussing the abortion giant’s fetal parts business, Massachusetts has made an announcement.

“My office spoke with Planned Parenthood and they assured us this type of alleged activity does not happen here,” Healey told Boston Herald Radio’s “Morning Meeting.” “That said, we are going to review it, we are going to ask questions, as always is the case. We will always make sure to look at any evidence of illegal activity here in Massachusetts.”

The Boston Herald included further statements from Healey, who is pro-abortion, about Planned Parenthood and baby part sales:

Healey emphasized such tissue donation is legal, although selling fetal tissue is not.

“I want to emphasize and not conflate the story on the national level with what might be happening here,” she said.

Healey said she has not had time to review either of the two videos that have been released, but does plan to. She also said she disagrees with the conservative Republican politicians who have called for Planned Parenthood to be defunded — including presidential hopefuls Rand Paul and Rick Santorum yesterday on Herald Radio.

“I don’t think it should be defunded. We need to support efforts to provide the best quality healthcare,” Healey said. “Planned Parenthood plays a critical role in terms of delivering health care to women and men in this state. I strongly support their mission.”

That Healey is pro-abortion, and has such words of praise for Planned Parenthood, before even watching the videos, raises some concerns about Massachusetts’ review. Planned Parenthood once circulated an open letter for supporters to sign to congratulate Healey. That being said, Healey is the Attorney General in Massachusetts at the time, and if she is the one doing the review, that’s who we’ll have to deal with. And, while there may be concerns about the review, it is nevertheless encouraging to hear that elected state officials, regardless of political party or view on abortion, are heeding American’s calls to investigate and review the abortion giant.

Massachusetts is now the ninth state to investigate or review Planned Parenthood in some way. The others include Louisiana, Texas, Ohio, Georgia, Indiana, Missouri (whose Attorney General is also pro-abortion), Arizona, and Iowa. Additionally, the Department of Justice and Congressional committees have also announced reviews and investigations.

Deborah Nucatola, who was featured in the first video, has also been requested to appear, and may be subpoenaed if she refuses.