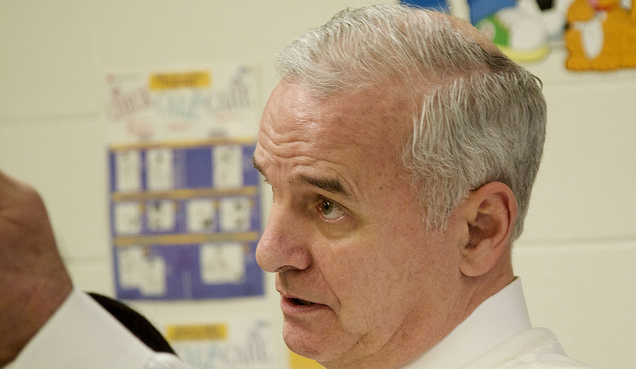 Unfortunately, some governors have defied the calls of their state lawmakers, refusing to exercise their authority to ensure that Planned Parenthood affiliates in their states are not illegally operating. Illegal fetal parts sales, illegal partial-birth abortions, and illegal modified abortion procedures are all legitimate concerns, based on the full footage of the videos.

A June 20 letter from sixty-five state legislators called on Governor Dayton to “investigate the following issues:”

As legislators, we hope none of these practices are occurring here in Minnesota. However, hope is not sufficient in this instance. The people of Minnesota deserve a thorough and transparent account of Planned Parenthood’s operations.

Despite such an explicit and well-supported letter, Governor Dayton on Tuesday not only refused to investigate, but accused lawmakers of “grandstanding.”

“As far as I’m concerned there’s no basis for an investigation at taxpayer expense into a private nonprofit organization that has stated they don’t engage in those practices here in Minnesota,” Dayton said.

It is almost laughable that Dayton would make it seem as if he is doing the taxpayers a favor by refusing an investigation, but this issue is not a joke. When taxpayers are already funding Planned Parenthood with their hard-earned dollars, an investigation to ensure state affiliates are not operating illegally is absolutely warranted. This is especially the case with the outrage the videos have rightfully drawn.

Planned Parenthood’s claims are worth very little, especially when the well-being of women and the dignity of human babies is at stake.

It is worth contrasting Dayton’s response with the way Missouri Attorney General Chris Koster, who is not even pro-life, responded. On Friday, Koster announced that Missouri would investigate Planned Parenthood facilities. He released a statement on Tuesday.

“Regardless of whether one is pro-life or pro-choice, the questions raised by these videos require careful review.” Attorney General Chris Koster said in a news release. “My office will investigate whether the practices described have occurred within our state and whether Missouri law has been violated.”

The KMBC 9 News report also mentions that Missouri Right to Life says they will cautiously reserve judgment on Koster’s investigation. As Koster’s own statements show, one’s opinion on the abortion issue and one’s politics need not matter when it comes to ensuring everyone – even and especially Planned Parenthood – is complying with the law.

It’s a shame that Governor Dayton could not heed the call to put his own citizens above Planned Parenthood.