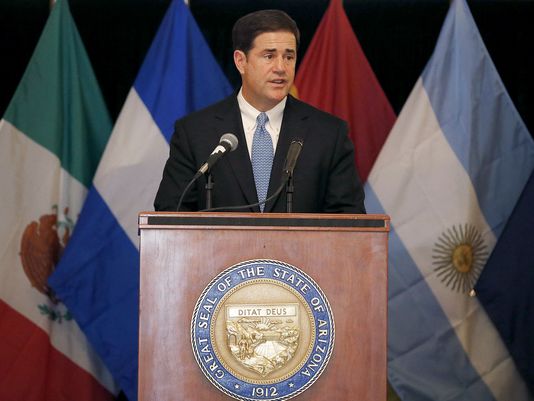 Arizona Governor Doug Ducey has ordered the Arizona Department of Health Services to conduct a review of state law and enact emergency rules to prohibit the illegal sale of any tissue from an unborn child.

This order results from last week’s video showing Planned Parenthood’s Senior Director of Medical Services, Dr. Deborah Nucatola, describing where and how abortionists crush a baby to get various organs intact and how much they can be worth.

Planned Parenthood is accused of both selling fetal parts and of altering the way an abortion is done in order to get certain organs intact; both actions are violations of federal law.

However, as Tucson Weekly reports:

“Federal law prohibits the sale of fetal tissue, but women can agree to donate their fetal tissue to medical research. Arizona law goes further in prohibiting the use of any fetal tissue in research, with very narrow exemptions.”

Governor Ducey said in a statement:

“The footage released by The Center for Medical Progress regarding the alleged sale and trafficking of aborted fetal tissue and body parts by Planned Parenthood is horrifying and has no place in a civilized society.

I am calling on the Department of Health Services to conduct a thorough review of the law and immediately promulgate emergency rules designed to prohibit the illegal sale of any tissue from an unborn child.  This is consistent with federal law and will deter action that we all agree is abhorrent.  Further, I have instructed ADHS to provide any and all assistance required to Attorney General Brnovich in any efforts conducted by his office.”

Ducey is the seventh governor to order some sort of investigation after the allegations against Planned Parenthood. He joins the governors of Louisiana, Texas, Ohio, Indiana, Georgia, and Missouri in his condemnation of the sale of fetal parts.

The Center for Medical Progress, the organization responsible for the video, has announced that there are possibly a dozen more undercover videos to come, which will likely result in additional states ordering investigations.