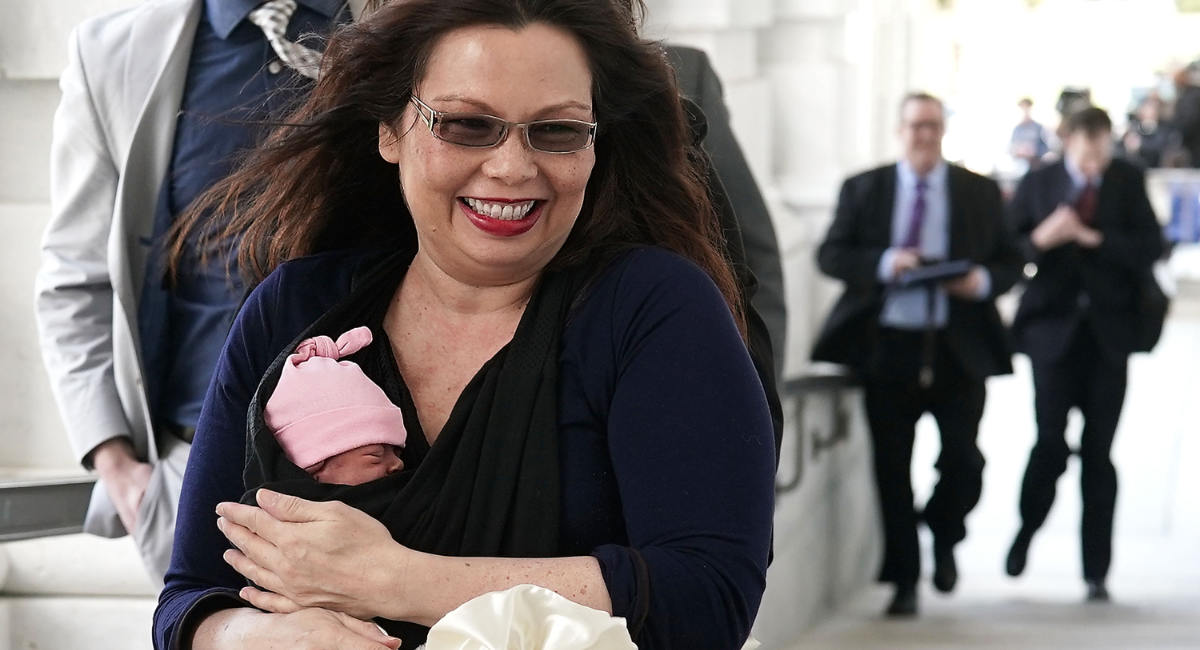 In a Facebook video about the Support Through Loss Act, Rep. Pressley commented, “While often underreported, it is estimated that pregnancy loss or miscarriage occurs in 10-15% of known pregnancies. Many people are unaware of how prevalent miscarriage and pregnancy loss are until they or their families experience it firsthand.”

While acknowledging this truth is laudable, Rep. Pressley and Sen. Duckworth are at the same time ardent supporters of abortion on demand up until birth. They appear disconnected from the reality that dehumanizing unwanted preborn children in the womb through abortion advocacy necessarily impacts societal attitudes towards all preborn children in the womb, including those who are lost to miscarriage and stillbirth.

Senator Duckworth, who experienced a miscarriage during 10 years of in vitro fertilization attempts, commented to the Huffington Post, “Different families will deal with a pregnancy loss in their own ways, but they deserve the opportunity to deal with it. People deserve the time to deal with that. Some people may need to grieve, others may need time to just regroup and formulate a plan to go at it again. But the key element here is time.” In the Facebook video, Duckworth summarized, “It’s past time more workplaces modernize their leave policies so many Americans aren’t forced to work while suffering through the unimaginable.”

Women and their families absolutely do need time and space and support to process and heal from pregnancy loss. Sadly, there is tremendous cognitive dissonance at play in the sponsorship of the Support Through Loss Act by these two radically pro-abortion legislators.

As evidenced by the bill’s text, the Support Through Loss Act would actually apply to a wide variety of scenarios related to fertility and pregnancy, including a failed round of in vitro fertilization or a broken surrogacy arrangement. The stated purpose of the bill is:

To allow Americans to receive paid leave time to process and address their own health needs and the health needs of their partners during the period following a pregnancy loss, an unsuccessful round of intrauterine insemination or of an assisted reproductive technology procedure, a failed adoption arrangement, a failed surrogacy arrangement, or a diagnosis or event that impacts pregnancy or fertility, to support related research and education, and for other purposes.

While the messaging around the bill is clearly geared toward those who wanted to be pregnant or otherwise expand their family, one wonders whether having an abortion would qualify for federally mandated paid time off due to technically falling under the umbrella of “a diagnosis or event that impacts pregnancy.”

In addition to mandating paid leave for women and couples, the Act further stipulates the allocation of $45 million each year to the National Institutes of Health for miscarriage and pregnancy loss research, and would “require the U.S. Department of Health and Human Services, including the Centers for Disease Control and Prevention, to develop and disseminate public information regarding pregnancy loss,” according to Rep. Pressley’s press release.

A society that fails to recognize and esteem the goodness and value of each preborn life will consistently fail to adequately appreciate the loss of that life through miscarriage or stillbirth. More women will suffer in shame and silence as collateral damage of the abortion advocacy supported by Sen. Duckworth and Rep. Pressley.