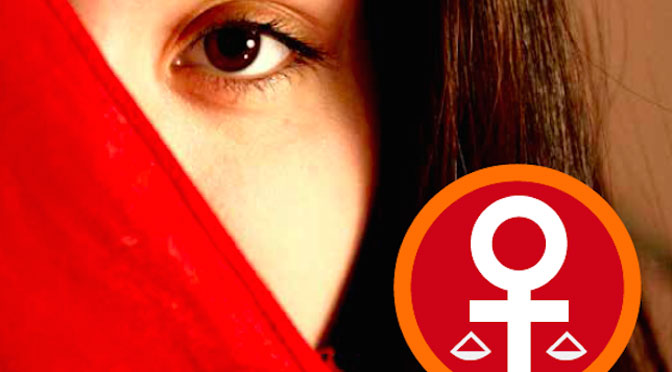 Jane’s Due Process, a Texas group that specializes in getting the abortion industry as much business from teenage girls as possible, condemns the rules in a blistering press release that accuses the state of “go[ing] after abused and neglected pregnant teens” in an “abuse of state power [that] amounts to an ‘absolute veto’ of her decision.”

First, they object to extending the time a judge has to rule from two business days to five…

Considering the time-sensitive nature of a pregnancy, dragging out the process by even just a few more days could have the very harmful effect of pushing a minor into a more expensive or invasive procedure or past the legal limit for abortion, especially considering long clinic wait times since HB 2.

Never mind that giving the judge more time increases the teen’s chances of getting a ruling at all.

Yes, any regulation of abortion can theoretically lead to inconveniences for the abortion seeker, but most of them are only negative outcomes if one presupposes that abortion is a necessary good rather than a profound evil, when in reality the seeker’s long-term welfare would be best served by not aborting at all.

Besides, even putting abortion’s controversial nature aside, the fact remains that abortion is a major, invasive procedure, and society widely understands that teenagers are often unprepared to make decisions of such magnitude and complexity on their own. As such, the inconveniences inherent to regulating it are simply unavoidable. The only way you could really avoid any potential delays, costs, or annoyances to the minor is to eschew parental involvement entirely… which most pro-aborts aren’t yet honest enough to admit is what they really want.

Second, the group objects to flipping from automatically granting the bypass if a decision isn’t made in that time to automatically rejecting it:

Most significantly by removing the enforcement of deadlines for the judge to rule, effectively allowing a judge to stall out a minor until she can no longer obtain a legal abortion. “When a minor cannot even get a hearing or a court ruling in time, the state is then making her decision for her.”

And automatically granting the bypass without consideration is somehow better? Cutting parents out of the loop when their children get in over their heads is only defensible in extreme situations where, in one way or another, the parents themselves are part of the problem. So seeking a judicial bypass is essentially an accusation of some sort of parental wrongdoing.

Accordingly, the new rules better align with the principle of “innocent until proven guilty”—parents are not treated as neglectful or abusive unless they are shown to be neglectful or abusive. (And before the pedants descend on this passage, no, I’m not claiming judicial bypass cases are legally bound to the same standards of criminal trials; I’m merely talking about the moral precept the phrase embodies.)

Third, Jane’s Due Process claims that the law “destroy[s the minor’s] anonymity and violat[es] her confidentiality” by requiring them to provide the judge her name, home address, and phone number.

This is pure nonsense—disclosing identifying information to the judge is not the same as revealing it to the public. As Texas Right to Life has explained, this too is a correction to a loophole pro-abortion lawyers have shamelessly exploited:

[A] girl seeking a judicial bypass remains anonymous, and the law requires that Texas courts keep no record of these procedures, making it impossible to know how frequently this is happening, what judges are rubber-stamping these requests, and who received the bypass. The fact that the procedure is anonymous also means that attorneys can re-file requests for the same girl in different courts until being assigned to a favorable judge. Making this process confidential but not anonymous would allow courts to prevent this judge-hopping behavior (which cannot be done in any other legal action) without affecting the privacy that the young girl retains currently.

Fourth, the group condemns the requirement that minors residing in counties larger than 10,000 people file their petition in their home county:

How heartless for the law to have no exception for a rape survivor fearful of seeing her rapist at the courthouse[.]

Keeping rapists away from their victims is what prosecutions and restraining orders are for. Whether the rapist is free to stalk his victim is beyond the scope of the legal issue here—as we just noted above, the new rules do nothing to publicize whether a girl is seeking a judicial bypass.

Again, Jane’s Due Process has nothing to say about the reason for this change—lawyers who go venue-hopping to get their client a pro-abortion judge willing to rule on the basis of their own biases, not on the merits of the case.

Finally, for good measure they add another complaint about judicial bypass practice in Texas that’s completely unrelated to the latest rules:

A 2015 Jane’s Due Process survey of more than 80 Texas counties found that 81% of counties did not have immediate knowledge of the judicial bypass process and 37% of the counties denied entirely a teenager’s ability to file for a bypass. In counties with fewer than 50,000 people, the refusal rate was 58%.

While I can’t muster sympathy for difficulty accessing something whose status as a legal “right” is constitutionally illegitimate in the first place, legally this would be a real issue, if true (and I can’t stress how big these sorts of ifs are when dealing with pro-aborts).

However, this gives us a rare opportunity to see just how serious the other side is about compromise. Not compromise in pro-aborts’ usual “give us everything significant we want and you get table scraps in return” sense, but real compromise.

So how about this: pro-lifers will agree to reforms guaranteeing minors’ ability to initiate the process in exchange for pro-choicers agreeing to reforms that ensure the outcome of the process isn’t rigged in advance. How about it, Team Jane? Is there any common ground we can find here? Are you willing to show any real respect for parental rights?

Judging by their refusal to give the common-sense merits of these new rules a fair hearing (and their proud declaration to be totally fine with Planned Parenthood dismembering babies for profit and breaking lots of laws in the process), let’s not hold our breath for that.