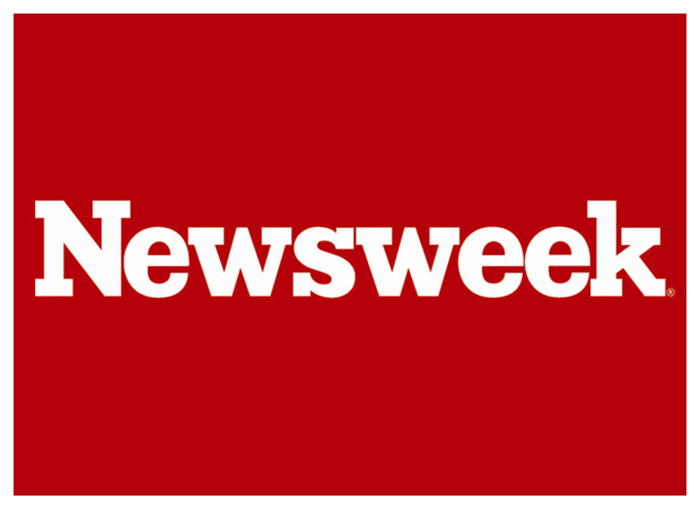 Remember Kurt Eichenwald? In 2013, we eviscerated a hit piece by the Vanity Fair writer that tried to argue his wife’s battle with breast cancer somehow illustrated the “murderous cruelty” of pro-lifers for opposing Planned Parenthood. Now he’s back with a new article at Newsweek.

No, it’s not an update on whether Cecile Richards’ admission that her organization doesn’t do mammograms undermines his original attack. It may be hard to believe given the partisan lies he told in Vanity Fair and his obscenity-laden reaction to critics at the time, but this week he actually tried out the role of a spokesman for the “rational middle” – a peacemaker who wants to end the abortion stalemate brought on by “absolutists” on both sides.

[N]either side looks for a solution; they have simply descended into maudlin intellectual ping-pong, knocking the same claims back and forth, year after year. Those who are pro-choice believe, correctly, that all people have rights regarding their bodies. By that logic, an embryo or fetus is part of a woman, and she retains the right to make decisions as to whether she will bring that pregnancy to term. On the flip side, anti-abortion proponents argue that since every person alive was granted the right to be born, those who argue that life should be denied to others through an abortion are violating the golden rule.

But public policy is not a philosophy class. Decades of listening to activists scream at each other proves that answers will never come from them. Instead, the rational middle has to examine the hypocrisy and flaws in the activists’ positions and finally bring this war to an end.

Our first clue that Eichenwald’s posturing isn’t sincere, is how despite stringing together a litany of false complaints about pro-lifers, he hasn’t a single complaint about pro-choicers. Despite claiming that he sympathizes with both sides and seeks to temper the excesses of all involved, he hasn’t found any false claims, exaggerations, or dogmatism on the other side that hinders the reasonable solution he supposedly wants to build? Indeed, the article reads less like a treatise on moderation and more like a rant of strung-together pro-abortion clichés. The sheer number of them is too many to strike down in one sitting, plus we’ve addressed it all before, so please check out the following links to past Live Action News takedowns of the lies Eichenwald attempts to revive here.

All these lies come together to form a central smear: “the anti-abortion movement cannot be called pro-life: Its members support policies without concern for all the dead bodies left in their wake.” It’s curious how Eichenwald’s rhetoric is indistinguishable from the pro-choice “absolutists” his introduction tried to distance himself from.

Paragraph after insufferable paragraph later, we finally come to his point. Now, if there was any sincerity in his professed desire to reach an “end to America’s abortion wars” by overcoming the intractable zealots on both sides, then his proposed solution would be some sort of compromise, an agreement in which both sides gain some or part of their goals, but also agree to give up something to the other.

Agreement? Concessions? Or a one-sided masquerade?

Instead, we get this:

Activists on both sides of this debate need to put down their placards and open their wallets. It is too easy to stomp outside an abortion clinic, screaming at patients before heading home for a nice dinner. But if told they could prevent the “murder of babies” by shelling out more in taxes and signing up to be adoptive parents, how many of them would do so without complaint? And if pro-choice advocates believe women should be allowed to make their decisions about pregnancy without outside pressure, how many of them would agree to cough up more cash so poor women could choose to keep their babies?

Specifically, he has a list of economic policy demands: hiking the minimum wage, government-funded daycare and prenatal care, legal penalties for employers who “drive away” a pregnant worker, and unconditional surrender on Obamacare. This isn’t compromise, it’s extortion: Support all these policies we define as compassionate, and maybe we’ll stop screaming that you’re heartless monsters who hate women and children.

First, none of these proposals include any sort of concession on the part of pro-choicers or the abortion industry. Zero restrictions of any kind on the procedure, requirements that the pregnant woman’s final choice be truly informed by impartial advice or basic science, or acceptance that some of the money we give Planned Parenthood might be better spent elsewhere. Nothing. Indeed, Eichenwald trying to pass off asking pro-choicers “to cough up more cash” as one supposed concession is so laughably lame you almost have to be impressed by the gall it took to try it — the abortion movement, for the most part, is a faction within the broader left-wing/Democrat coalition. They’re already on board with big government and federal economic intervention. It’s the height of arrogance to demand a bunch of stuff you want anyway and then expect to get recognition as bipartisan for doing so.

Third, the policies Eichenwald wants wouldn’t be the resounding success in cutting abortion “need” that he advertises. His assumption oversimplifies a variety of complex economic issues, overlooks alternative policies that could alleviate mothers’ expenses in different ways, and ignores that correlations between economic status and abortion aren’t as clear-cut as advertised.

The final problem with Eichenwald’s solution is also the central fallacy of his premise. Making abortions less common wouldn’t solve the injustice of however many still occurred. Explicitly permitting violence against a certain segment of the population is an abdication of government’s most basic purpose.

So no, “finally bring[ing] this war to an end” is not the highest good at stake here. We already tried that once in our history, when the Founding Fathers compromised on slavery to form the new government.

As the saying goes, the absence of war is not the same thing as the presence of peace. That is what we want: a true, complete, and lasting peace for today’s human rights victims, the preborn. Winning it will be a long and complex road…riddled with radicals masquerading as peacemakers.