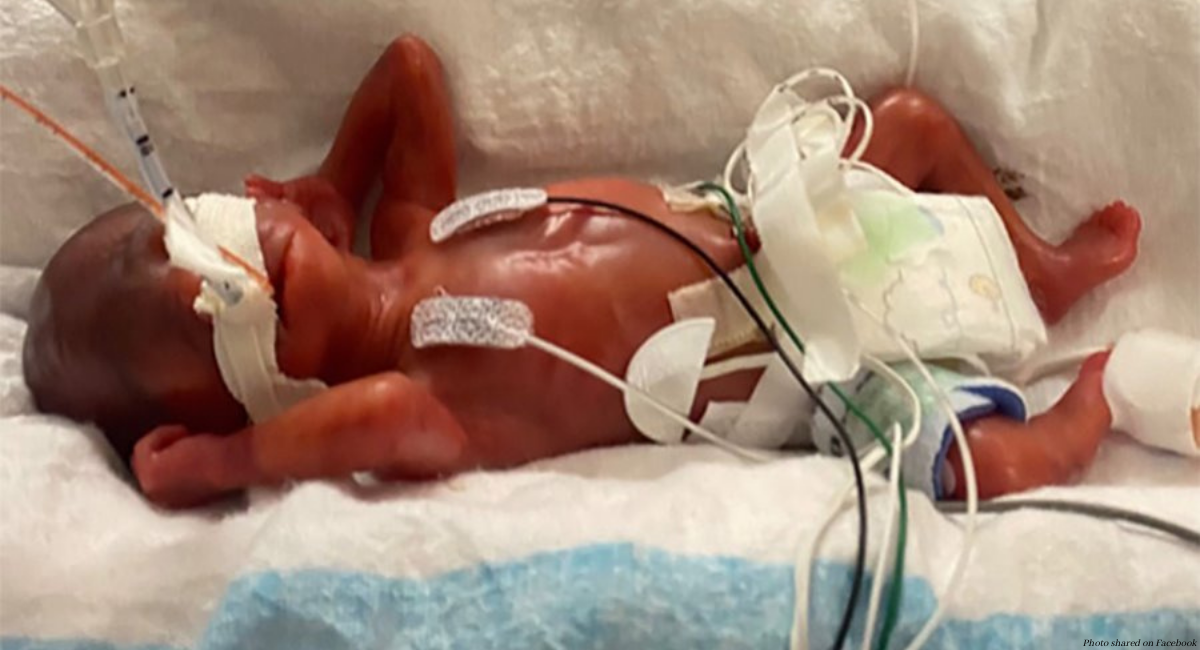 Curtis Zy-Keith Means, a premature baby weighing less than a pound at birth, has just been named by the Guinness Book of World Records as the most premature baby ever to survive.

In July of 2020, Michelle “Chelly” Butler thought her pregnancy was going well and as expected. She was expecting twins, and doctors had no reason to think she wouldn’t go full term. But on July 4, she went into premature labor, and was rushed into emergency surgery the next day. She delivered twins C’Asya and Curtis at UAB Hospital at 21 weeks, one day — beating the previous record holder, Richard Hutchinson, by just one day. Richard was born on June 5, 2020, at 21 weeks and two days.

But neonatologist Dr. Brian Sims explained the standard in cases this premature is typically not to give active care. “We typically advise for compassionate care in situations of such extremely preterm births,” he told KATV. “This allows the parents to hold their babies and cherish what little time they may have together.”

Yet Sims told Guinness that Butler didn’t want to give up. “The numbers say that babies at this age will not survive,” he said. “Mom’s question to me was: ‘Can we give my babies a chance?'”

C’asya sadly passed away after just one day. But Curtis held on. “He showed initially that he responded to oxygen, his heart rate went up, his numbers went up, ” Dr. Sims said. “He was giving us a lot of positive feedback that… he wanted to survive. I’ve been doing this almost 20 years… but I’ve never seen a baby this young be as strong as he was… There was something special about Curtis.”

The first thing that struck me when I saw Curtis was how tiny he was, how fragile his skin was. I was amazed at such a young age that he was alive and that he was responding to the treatments

Initially Curtis was on a lot of breathing support and medication for his heart and lungs to keep him alive. Then over the next several weeks, we were able to decrease the amount of support… When he was about three months old, we were finally able to take him off the ventilator. That was a special moment for me. When he was going home, the feeling we had was of being privileged to have been able to take care of him and his mum.

It’s such a privilege taking care of these tiny people.

READ: Born at 21 weeks, this Wisconsin ‘miracle’ baby will spend Christmas at home

“After everything that his mum had been through,” he said, “and the months of not knowing what was going to happen, I was so happy for her that Curtis got to go home and also that he got the recognition [from Guinness World Records] for what she had done to advocate for him, to give him a chance.”

Curtis celebrated his first birthday on July 5, 2021, although November 11, 2021 is what would have been his first birthday, had he gone full term. After spending 275 days in the NICU, he is now home with his three older siblings, who love helping take care of him.

“He’s very active. I’m tired already!” Butler said. “I’m very proud of him because where he came from and where he at now, I can tell the difference. Having this record is a blessing that he has accomplished and I’m thankful that [Guinness World Records] accepted him.”

For his part, Sims thinks Curtis’ survival will help countless other premature infants like him. “We do not know what all the future will hold for Curtis since there is no one else like him,” Sims told KATV. “He started writing his own story the day he was born. That story will be read and studied by many and, hopefully, will help improve care of premature infants around the world.”