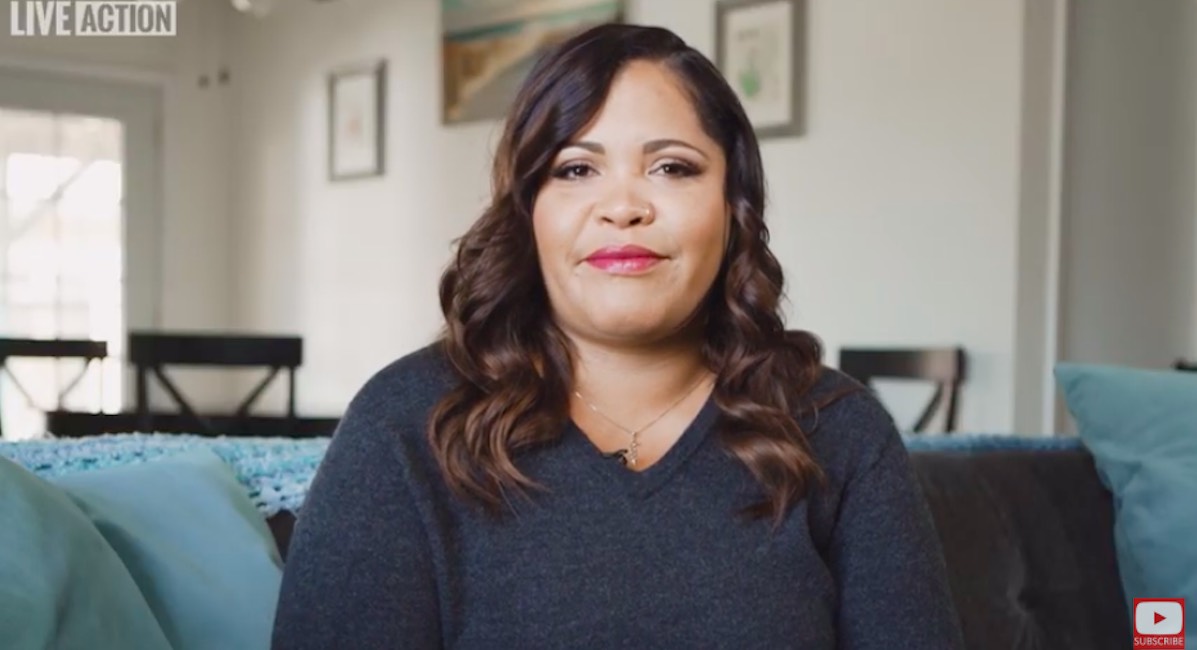 Crystal Willis was raped at age 14 by an older student in her high school. Because of shame and fear that she wouldn’t be believed, she told no one. Later, she learned she was pregnant at a Planned Parenthood facility. There, she recounts in the Live Action video below, “They just told me all I needed was, like, $300 and I didn’t need my parents’ permission; I just needed to make an appointment.”

Crystal made an appointment to get an abortion without her parents’ knowledge, but thanks to an attentive school nurse, her parents found out — and immediately, there was tension in the home, she recalled to The Daily Signal in 2015. Crystal thought that an abortion would end that tension and fighting in her home, so she decided to abort her baby, and made yet another appointment to end her child’s life. But on the way to the appointment, Crystal had a powerful revelation.

In the Live Action video below, Crystal recalls her terrifying rape… and why she eventually chose life for her daughter:

“I had a desire to keep my baby and I expressed that, but I had no way of making it work,” Crystal says of the difficult discussions she had with her parents early on. “Mostly to appease my dad, I agreed to do the abortion… and we made an appointment…. I knew then that I didn’t want to do it,” Crystal recalls. “I sat in the back seat… and just heard God say to me to take His hand and to trust Him, that [my daughter’s] blood was innocent… and I told my dad to stop the car and I told my parents that I didn’t know what I was going to do, but that I would be having this baby.”

Crystal spoke with a counselor and looked into open adoption, choosing one from a large pool of parents hoping to adopt a child. “I got a call from my counselor saying that a new adoptive couple had just re-entered the pool… and they seemed really sweet,” Crystal says. “We went to hang out and went to eat; I stayed at their house. Even my daughter’s adoptive mom and I went to the library, picked out baby name books, and actually one day we sat down and worked out what my daughter’s name would be — together.”

“She was nine pounds, one-and-a-half ounces, and a head full of jet-black hair and eyes like ebony,” Crystal says of her baby girl. “And we spent two and a half days in the hospital together.” During that time, she says, her father came to visit, but refused to hold his granddaughter until Crystal got up to use the restroom. When she came out, she saw her father feeding her baby a bottle — the little girl whose life was almost aborted twice. “I’ll never forget that moment,” Crystal says.