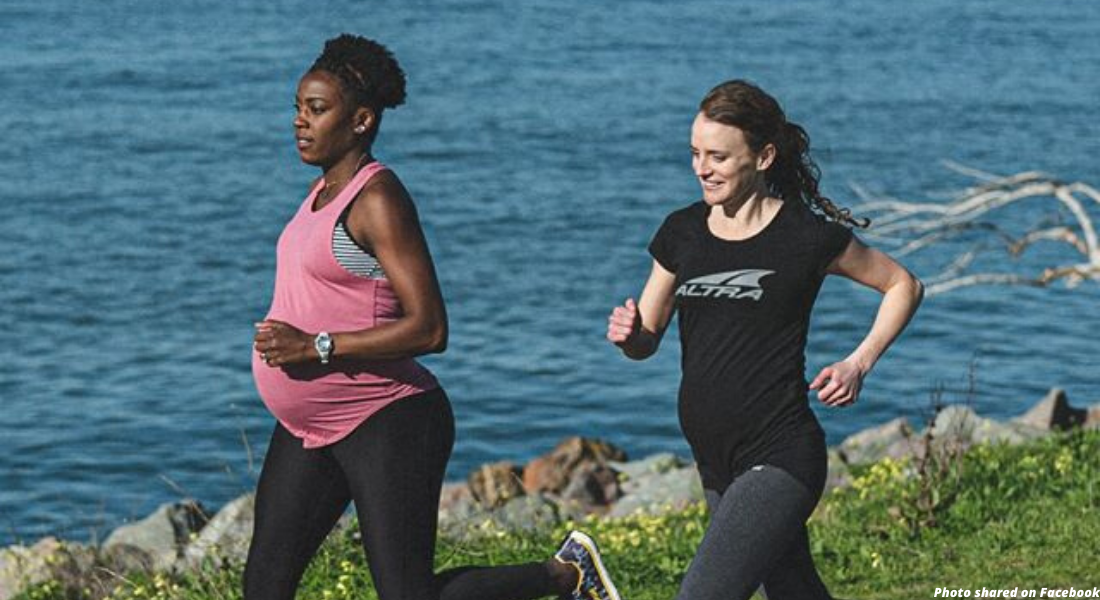 The shoe company Altra is making headlines for signing two extraordinary women — Alysia Montaño and Tina Muir — to their sponsorship team. Montaño has won national and world championships and competed in the Olympics; Muir is a British marathoner and podcast host. What makes this sponsorship deal so incredible is the women aren’t just stellar athletes; they’re also pregnant.

Altra took to social media to celebrate the news. “We are STOKED to welcome six-time US National Champion, World Championship Medalist and Olympian Alysia Montaño along with International Elite Runner and accomplished Podcast Host Tina Muir to the team,” Altra posted on Facebook. “In addition to their long list of accomplishments on the track and on the road, both women have powerful voices and have helped forge positive change for women and mothers through their stories and activism.”

Montaño, who is due with her third child in a month, was open about how groundbreaking this sponsorship deal is. “For a company like Altra to sign me in pregnancy is so incredible. This is uncharted territory,” she told Runner’s World. Montaño is one of numerous runners who have refused to remain silent about how female runners are punished for being pregnant. Having previously competed while five months pregnant, she slammed Nike as well as Asics for not including maternity protections in their contracts. “Sports take a heavy toll on the human body, and sponsors accommodate this with time off for injuries. But rarely do they offer enough time off to have a child,” she wrote for the New York Times.

Another athlete previously sponsored by Nike agreed, with Phoebe Wright telling Montaño, “Getting pregnant is the kiss of death for a female athlete. There’s no way I’d tell Nike if I were pregnant.” Another Olympic runner, Allyson Felix, said Nike cut her pay by 70% when she got pregnant, until she fought back. When her contract expired and Nike asked Felix to renew, she asked for a guarantee that she wouldn’t be punished for getting pregnant again… and Nike refused.

Watch as Montano explains her story about fighting for her rights as a pregnant athlete:

Altra, however, embraced their athletes’ pregnancies.

“[Altra] knew we were both pregnant before we started talking. They decided to embrace it,” Muir told Runner’s World. “They believe these pregnant bellies should be celebrated. They celebrate the whole person — not just how that person performs.” And both Muir and Montaño agree that these sponsorships send a bigger message than just showcasing how fast they can run.

Runners sharing their pregnancy stories, Muir said to Outside Online, “[m]akes people feel like, Oh, I’m not the only one. That puts the elite runners back on the level with everyone else, which I personally think is more inspiring than seeing someone run fast.” Montaño also explained that she is more than just her personal record. “The more human we can be, the more relatable we can be,” she said. “I love running fast, of course. But my purpose is greater than how fast I can run.”