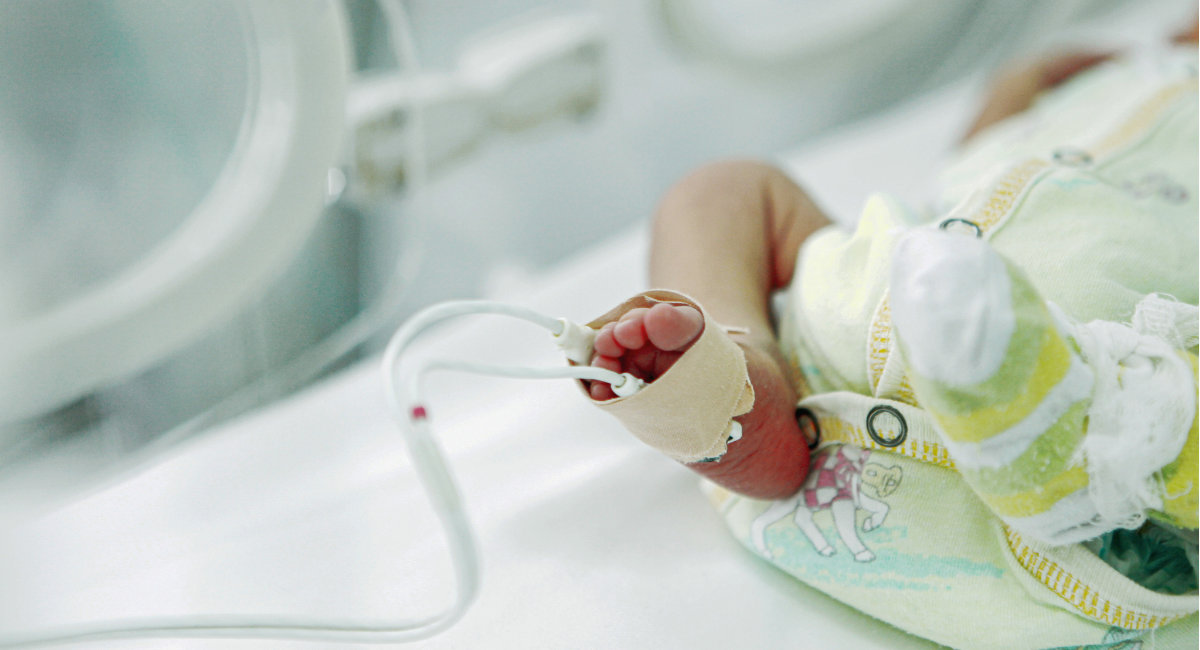 Jenna Cullen and Jack Harris had a scare when Cullen went into premature labor at home in November 2021. Their baby, Hunter, weighed just one pound five ounces, and was so quiet that the couple feared he was dead.

Cullen explained that she had gone to the hospital with pains, but was told that she was not in labor, and was sent home. Hours later, she gave birth to Hunter, who was in a breech position. She was 30 weeks pregnant.

“I didn’t know what contractions felt like but I was in a lot of pain and by the time Jack had phoned 999 Hunter was almost here,” she explained. “I wrapped him in a towel and cleared his airways and got a little cry. I just kept him wrapped up warm and checked on him but he was quiet. I thought he was dead.”

She credits the ambulance service, particularly a paramedic named Dai Bowen for saving her son.

“Dai was amazing,” Jenna told Wales Online. “He came in and straight away began giving oxygen and he cut the cord for us also. I helped with the oxygen as Dai placed equipment upon Hunter to monitor him. Without Dai and the other crew members, I don’t think my son would be here now. They definitely saved his life.”

Bowen explained that he, too, thought Hunter may have already passed away when he first saw the little boy.  “Jenna was so calm, bless her, and already had the baby in her arms – I thought the baby may have been stillborn. I quickly checked she was alright and then began to look at the little man,” he said. “He was so premature and was very susceptible to losing heat and picking up infections. But then, I saw his little chest move and he took a breath on his own. That was it, action stations.”

Hunter was quickly transported to the hospital, where he remained for months. However, he was recently able to go home to his parents, weighing a healthy nine pounds. Both Cullen and Harris credit the EMTs and the hospital staff for Hunter’s success. “They were absolutely brilliant and nothing was too much. The staff and the consultant there were all so good. We’re lucky to have such good facilities here.”