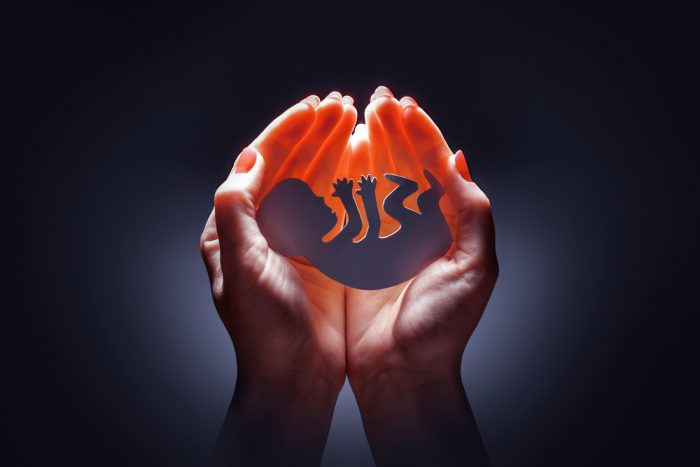 This past week, Students for Life of America’s Western Regional Director Reagan Barklage shared a post on the SFLA Facebook page, discussing her recent trip to see a massage therapist about some sciatica pain due to her pregnancy. She describes how her preborn baby boy did not like being moved out of his position, which was causing his mother pain. She then tells how her massage therapist calmed her baby for the rest of the session — and it’s amazing:

Before I left for DC a few weeks ago, I got a massage as Baby Barklage was sitting on my sciatic nerve and causing a lot of pain…. While getting the massage, he started freaking out and kicking really hard, because the therapist was kindly evicting him from his current living situation. The therapist stopped and said, “Hang on! We gotta calm baby down first.” The therapist then put some warm towels on me to get Baby B to calm down, and within seconds, he could feel the warmth and instantly settled down. The therapist was then able to gently move him without any stress from the baby. Here is why that situation blew my mind. 1) My therapist put my baby first, making sure he was calm and relaxed before working on me. 2) My baby could feel the warmth of a towel! WHAT?! 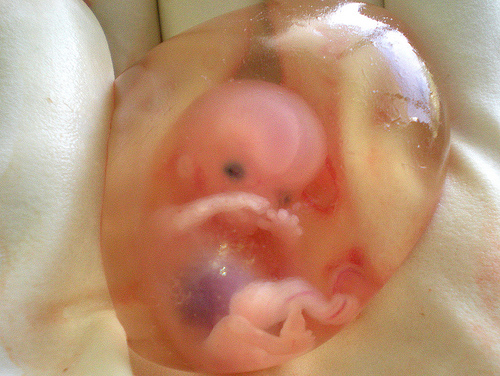 A baby in her first trimester

It really is mind-blowing to learn about the development of preborn children. According to the Endowment for Human Development, which released a prenatal video series in partnership with National Geographic, by nine weeks after fertilization (according to six different studies), “the nerve receptors in the face, palms of the hands, and soles of the feet can sense and respond to light touch. Following a light touch on the sole of the foot, the fetus will bend the hip and knee and may curl the toes.” Between 12 and 13 weeks after fertilization (according to three different studies), the preborn child’s “whole body surface, except the top of the head and the back, responds to light touch.” By 24 weeks in the second trimester, the preborn baby “responds to pressure, movement, pain, hot and cold, taste, and light.”

Yes, even while still in the womb, babies can feel temperature changes.

In The Federalist this past week, Robin Pierucci, a neonatologist, described how premature babies in the NICU react to painful stimuli — and said she’s personally witnessed this at 23-24 weeks. While those in the pro-abortion camp attempt to downplay fetal development and possible pain perception, Pierucci wrote:

… [A] growing body of scientific research demonstrates that fetal CNS maturation is not required for pain perception. In 2016 the Journal of Pain Research published a summary of multiple different scientific studies all leading to the conclusion that “an early form of pain may appear from the 15th week of gestation onward.” This early physiologic response “is different than emotional pain felt by the more mature fetus,” but it is still a form of physical pain.

Pierucci adds that for this reason, anesthesia is used on all preborn babies undergoing surgery:

Importantly, just the physiologic stress alone can cause long-term developmental changes to an unborn child’s brain, “ultimately leading to adverse neurological outcomes” for that unborn child. Thus, fetal anesthesia is now standard of care for all surgeries performed on unborn children.

Pierucci is correct. A 2002 study, titled, “Anaesthesia for fetal surgery,” shows that for varying types of fetal surgery, beginning at 18 weeks gestation, children in utero are routinely administered anesthesia. The Charlotte Lozier Institute notes this as well, stating in their well-sourced fact sheet on fetal pain that, according to at least four cited studies, “Perinatal medicine now treats unborn babies as young as 16 weeks post-fertilization (18 weeks gestation). Pain medication for unborn patients is routinely administered as standard medical practice.” Lozier also points out that “[t]he leading textbook on clinical anesthesia says: ‘It is clear that the fetus is capable of mounting a physiochemical stress response to noxious stimuli as early as 18 weeks gestation (16 weeks post-fertilization).'”

But the abortion industry, as always, seems to be at odds with science. One counselor at the New Mexico late-term abortion facility Southwestern Women’s Options was caught in Live Action’s InHuman investigation claiming, “I don’t believe so,” when asked by a prospective patient if her 27-week-old preborn baby would be able to feel a lethal injection into his heart or cranium. “I don’t know if it’s developed enough to feel that,” the counselor adds. But clearly, the patient’s baby is developed enough and has been able to feel such sensations for weeks already. Watch the video below, beginning at 1:15:

SFLA’s Barklage remarked in her post, ” If my baby could feel the heat of a towel on my skin, how dare you say that he cannot feel the excruciating pain of being dismembered with forceps. If you claim to believe in science and common sense, don’t just believe in it when it’s convenient, and then ignore it when you won’t get a huge check for your next political campaign from the abortion industry.”

Barklage is right. The science of preborn human life is clear.

These babies not only feel pain, but so much more. They sense even soft touch, taste, light, and temperature. They are human beings, just like the rest of us, and they should have the right to continue to live and grow.