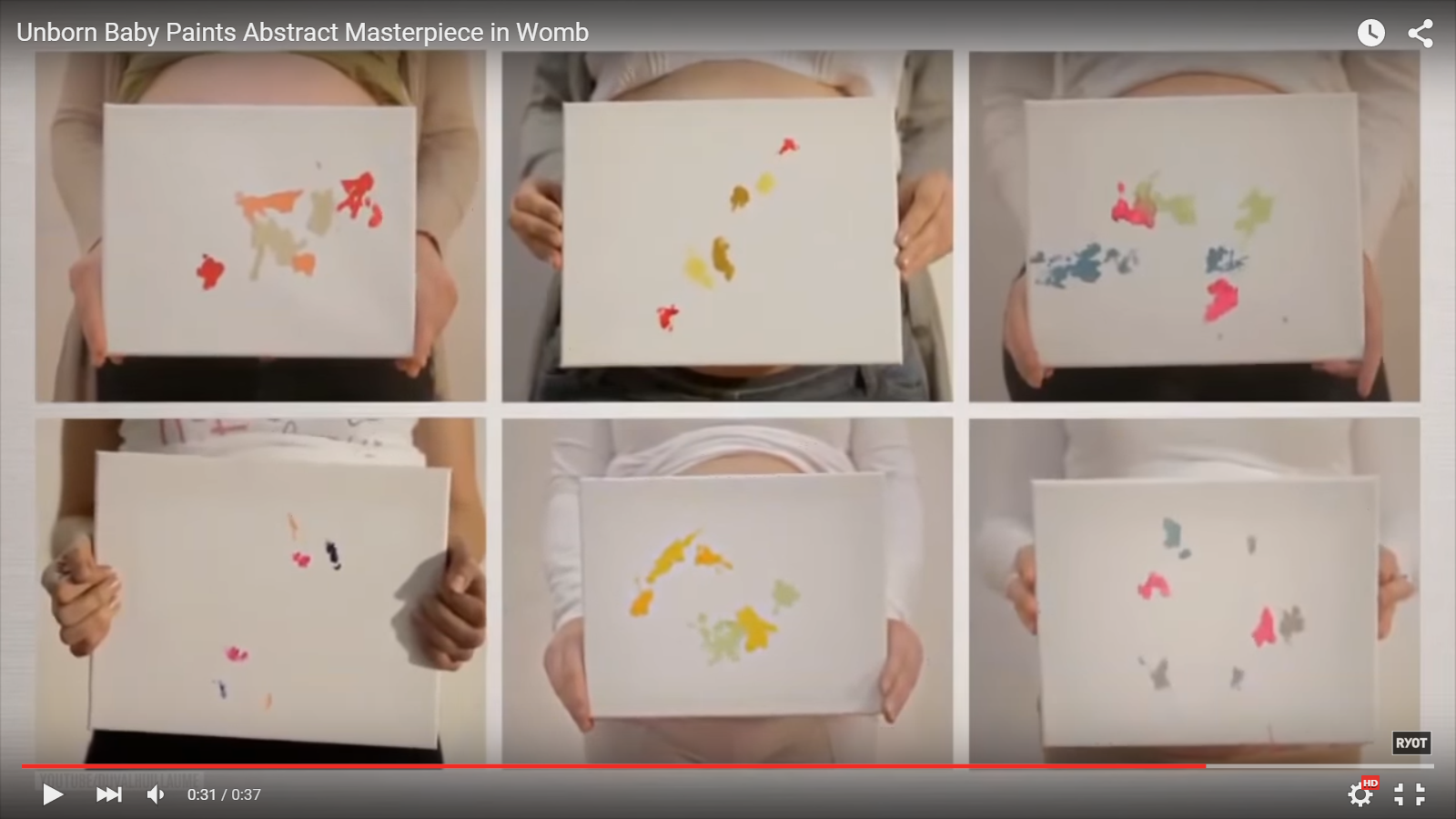 Six preborn babies in Belgium have already painted their first ‘masterpieces.’ This unique art project was created to raise money for preborn babies in Africa, where thousands of babies won’t survive birth. But the organization that will benefit from the money raised might leave you in disbelief…

In the brief video created by RYOT, clips of the babies painting – which involves taping paint brushes to their mother’s bellies – are accompanied by these words:

“Believe it or not unborn babies do more than just chill for nine months in their mother’s belly.”

Perhaps they even “do solo raves inside their mother’s wombs.”

“Or train to be professional soccer players using their mom’s bladder.”

It sounds a lot like these preborn babies are human beings, not simply cells or tissue. They’re even already working to make a difference in the world.

Thanks to technology, we’ve been given a glimpse of life inside the womb and it’s anything but boring. First hiccups, first thumb-sucking, first attempts to open their eyes, breathing practice sessions, and backflips are accomplished before preborn humans ever take their first breaths outside the womb. And this project just goes to show that preborn babies are very busy people.

A longer video created by Unborn Artists goes into greater detail about where the money raised by these preborn artists is going.

The paintings are being auctioned to benefit SOS Children’s Villages, an organization which helps underprivileged families throughout the world by providing homes to orphans and support to pregnant women. However, SOS Children’s Villages is also in support of the full legalization of abortion, which makes this entire project just completely preposterous.

On the one hand, SOS Children’s Villages is showcasing the humanity of preborn children and using them to raise money for their organization, but on the other hand, they don’t believe that preborn children have a right to be born and live their own lives.

The ability of pro-choicers to dehumanize some preborn children while celebrating others is so unbelievably discriminatory and cruel. Certain preborn children are good enough to paint pictures to benefit a pro-choice organization, while others aren’t considered human beings – therefore, some justify killing them inside their mother’s womb.

The hypocrisy is so thick, it’s shocking that we aren’t choking on it.