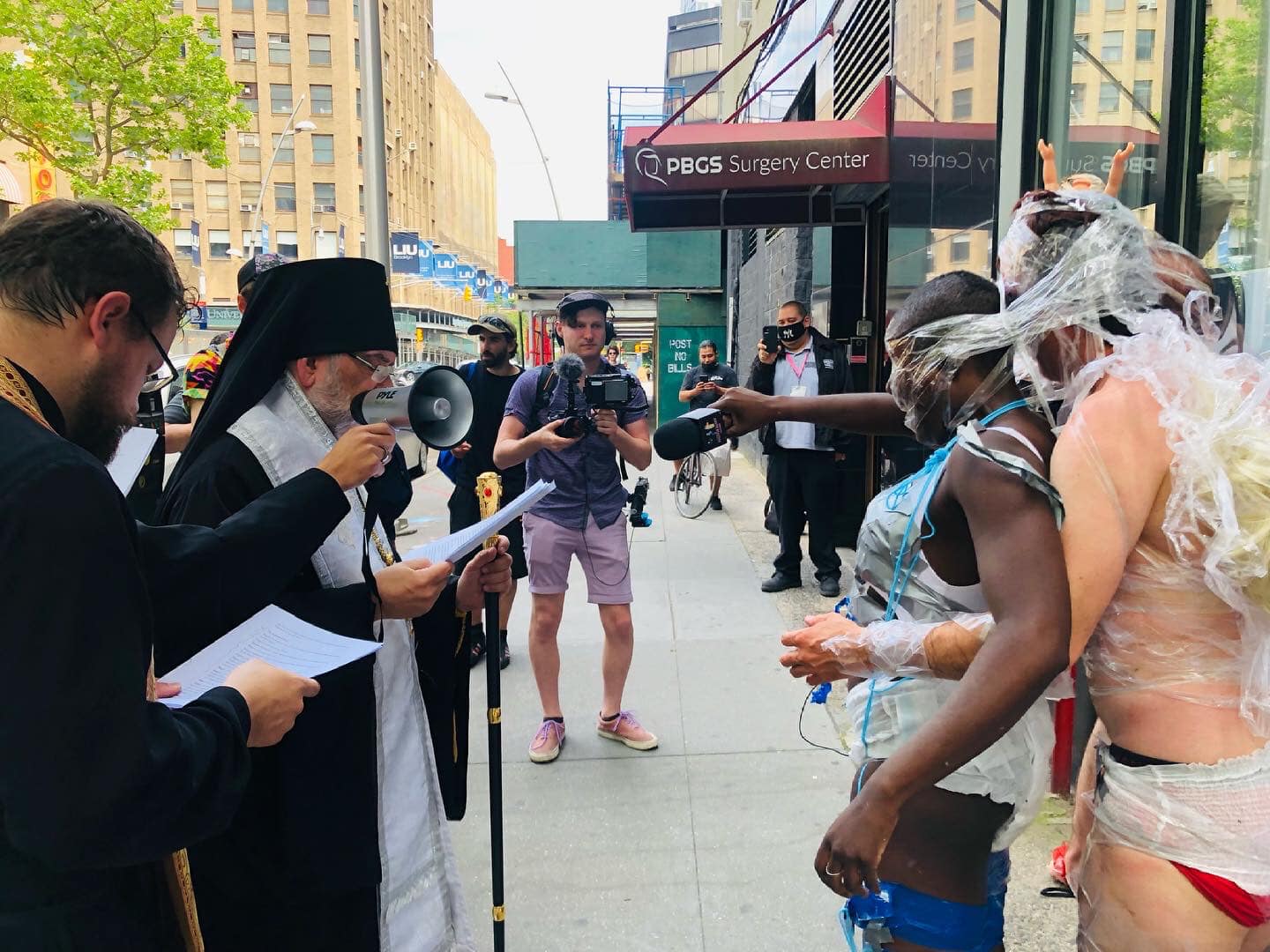 Protesters dressed in diapers and covered with various types of adhesive tape attempted to disrupt a pro-life prayer service last Saturday outside of an abortion facility in Brooklyn, New York. The bizarre and disturbing incident was captured on video.

The St. John the Forerunner Orthodox Pro-Life Society held a prayer service led by His Eminence Archbishop Michael of New York and New Jersey. With him were Father William Bennet of St. Nicholas Church in New York of the Carpatho-Russian Diocese of the U.S.A., along with other pro-life members of the group. They have been present outside of the abortion facility multiple times since January 2021, but this time, protesters arrived to interrupt and distract them.

See the videos of the incident on Instagram here and here. 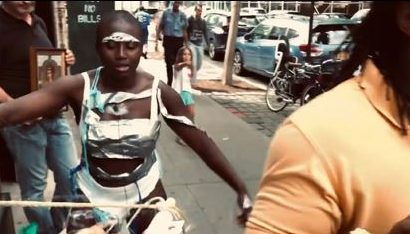 The three pro-abortion activists — two men and one woman, wearing diapers and wrapped in duct tape — attempted to stage what appeared to be a small flash mob or effort at performance art. They had baby dolls hanging from their bodies. One of the men pretended to strangle the woman with duct tape and the two men at one point appear to be taped together at their heads.

They threw themselves to the group among the pro-lifers, struck a holy icon, and attempted to wrap the pro-lifers in tape. They made odd noises and rolled around on the sidewalk.

These three were joined by a person dressed in a police uniform and a pig mask, as well as an estimated 10 individuals with professional cameras who took photos and videos. None of them would identify who they were or say if they represented a group.

All of this was carried out in front of a shocked young girl and a pro-life woman who appeared to be her mother.

The pro-lifers asked an NYPD traffic guard for assistance but he appeared to ignore the call for assistance, asking them what he was supposed to do about it before stating he would get the police. 911 was also called during the incident. 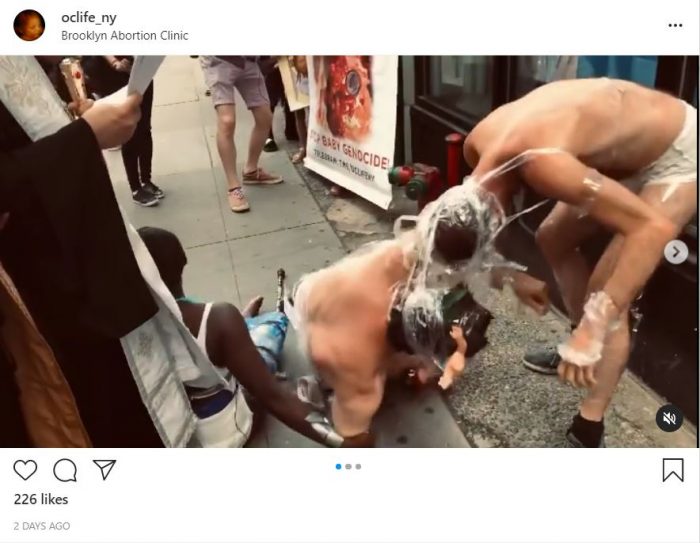 “The point of their actions remains a mystery to everyone,” said the St. John Forerunner Orthodox Pro-Life Society. “It was only clear that they were for abortion; that is, for the right to kill children before birth.”

During the protest, the female pro-abortion protester said that the group was there to ‘make friends’ with the pro-lifers and wanted to simply know why the pro-life group was present at the facility. (Of course, this could all have been done without the street performance art.)

Throughout the incident, the pro-lifers can be seen on video maintaining their composure and continuing to pray, though they were obviously concerned about their safety during the unfolding and disturbing situation. The pro-life group plans to be back in front of another abortion facility on July 3, 2021, and is asking for support via their GoFundMe campaign.

Attacks against pro-lifers have been on the rise in recent years. Abortion advocates have stolen pro-life property, pushed and kicked pro-life sidewalk counselors, and even threatened pro-lifers with a gun. The disturbing counter-protest this weekend in Brooklyn is just the latest known attempt to silence the pro-life community.