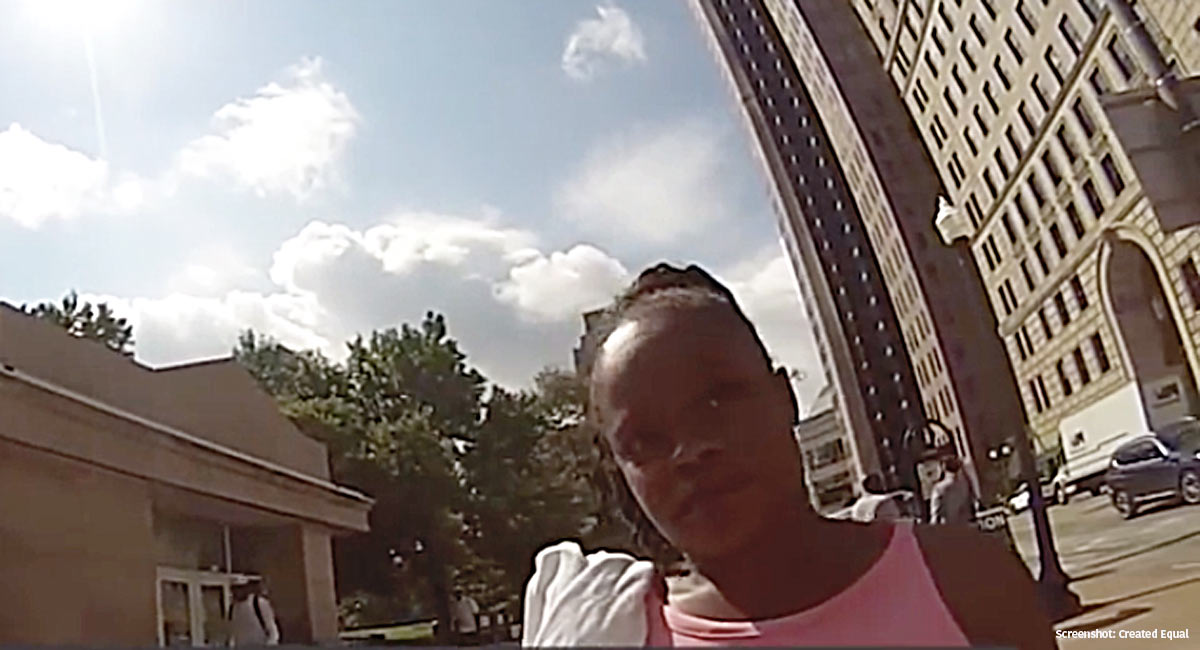 Created Equal posted a video of a conversation with a post-abortive mother that highlights the lasting effects an abortion decision can have.

The woman in the video says she was forced by her mother to get an abortion when she was 17. She tells the man filming the video, “I tried to like cover it up and not think about it, but it’s the older I get the more it comes back to me.” She explained, “Because it’s like, my baby would be this old.”

The woman emphasizes the lasting effects of the abortion, saying, “My life changed. I changed.” She adds, “I ain’t been the same since.”

The video was shot at a Created Equal demonstration that featured controversial images of abortion victims. The man filming the video notes that some people are opposed to the use of these disturbing images because of the effect they may have on women who have had abortions and asks the mother in the video what her views are.

The post-abortive mother’s response is not what you might expect. She says seeing the images is part of coming to terms with what happened, explaining, “That’s a stage of my healing process.” She also says that images of babies killed in abortion opened her eyes to what abortion is from a young age, saying, “These [images of abortion victims] are what have always made me against it [abortion].”

Far from condemning the use of these controversial displays, the post-abortive woman supports Created Equal’s efforts and views them as a way to bring the truth to more people. While she was coerced into an abortion as a minor, many women choose abortion without knowing what they are consenting to. The woman explains, “sometimes some people might be for something that they really don’t know much about.”

Abortion facility workers have described the aftermath of abortion as “gruesome” and witnessing the destruction of preborn life has led some abortion workers to leave their jobs. As the grieving mother in the Created Equal video points out, people who have never seen these images can be deceived about the reality of abortion. Post-abortive women need help and support; they also deserve the truth so that they can heal.