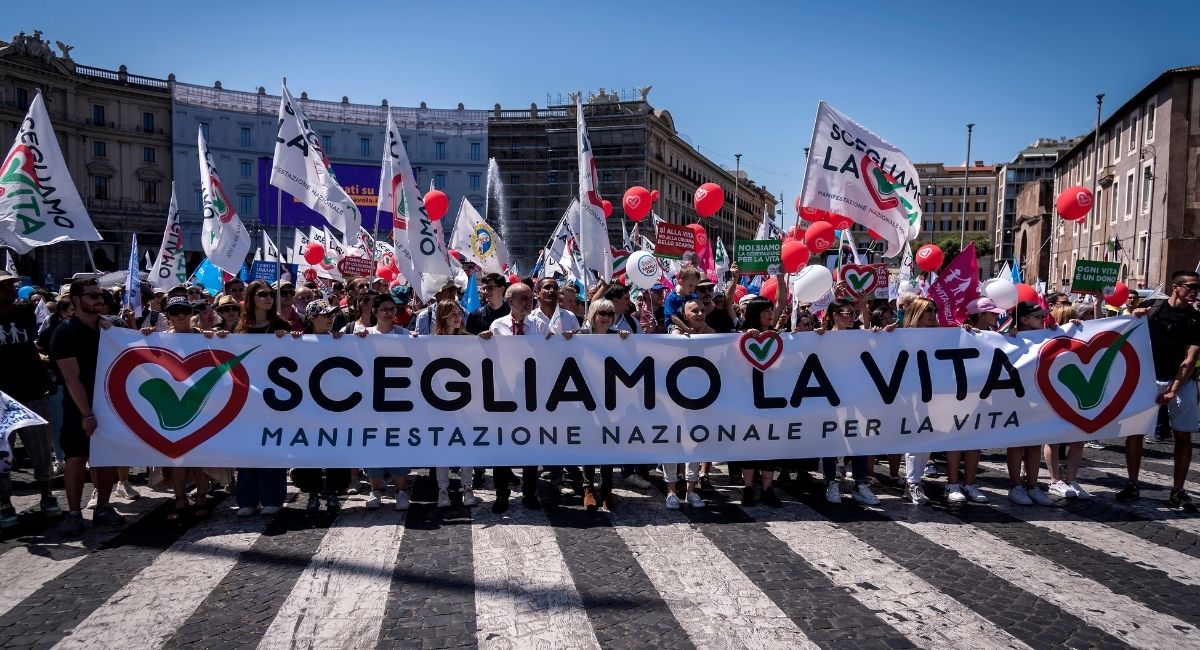 Forty thousand people gathered in Rome on May 21 for a “Choose Life Rally” to advocate for the sanctity and protection of life from fertilization to natural death and Pope Francis addressed the pro-life crowd at St. Peter’s Square.

“With the ‘Choose Life’ rally we want to reaffirm that life is the first fundamental right of every human being, whose inviolable respect is the precondition for a free, just and peaceful society, as the Universal Declaration of Human Rights states,” said Massimo Gandolfini, a medical doctor and president of the Let’s Defend Our Children. Gandolfini served as one of the event’s organizers.

“In particular, the defense of ‘fragile’ life — from conception and in the unfolding process until natural death — is the cornerstone of a people’s civilization, which knows its lowest point when it induces the elderly, the sick, and the depressed to choose suicide,” he said.

Italy is currently experiencing what has been called a demographic crisis with plummeting birth rates. Despite this, abortion advocates are working to expand abortion access in the country.

Abortion is currently legal in Italy through the first 12-13 weeks of pregnancy for any reason, and after that for certain reasons under a doctor’s referral. Lawmakers in the country are also working to legalize assisted suicide and euthanasia, and just last year, they allowed assisted suicide for a man whose only “illness” was a disability.

READ: Pope Francis: ‘Abortion is more than a problem. Abortion is homicide.’

Following the march, Pope Francis addressed participants in St. Peter’s Square. “I thank you for your dedication in promoting life and defending conscientious objection, which there are often attempts to limit,” he said. “Sadly, in these last years, there has been a change in the common mentality, and today we are more and more led to think that life is a good at our complete disposal, that we can choose to manipulate, to give birth or take life as we please, as if it were the exclusive consequence of individual choice.”

“Let us remember that life is a gift from God!” the Pope went on. “It is always sacred and inviolable, and we cannot silence the voice of conscience.”