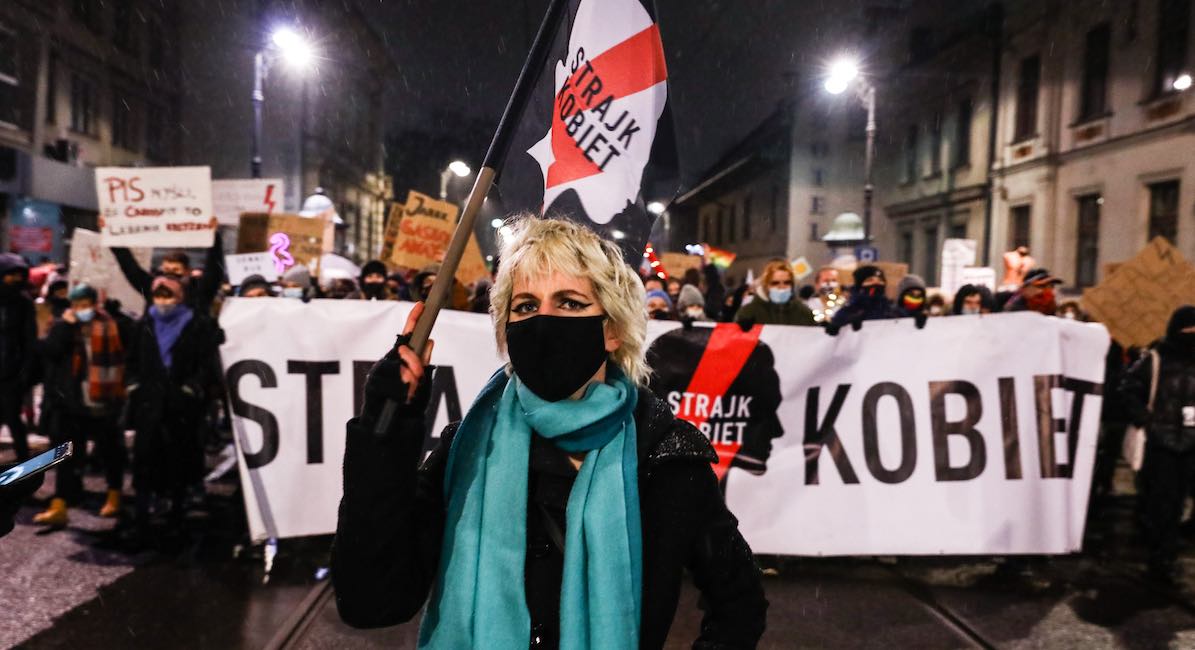 This week, pro-abortion organizations and lawmakers in Poland announced a plan to collect signatures in support of a proposal to legalize abortion in the country. The move immediately followed Poland’s constitutional court’s October decision to outlaw abortion based on a fetal diagnosis, changing the abortion law to now allow abortion only in cases of rape, incest, or risk to the mother’s health. (However, deliberately killing a child in the womb is never medically necessary.) That new law went into effect on January 27.

According to the Endowment for Human Development, by 12 weeks, the preborn child is well-developed with a formed nose and lips, and a face able to make complex expressions. Her heart has been beating since about 21 days post-fertilization and she can drink fluid and suck her thumb, stretch, and open her mouth. Her brain was the first organ to appear at about two weeks and brain activity began to appear at about six weeks. Just because these babies are young and small doesn’t mean they should be targeted for death.

The pro-abortion groups in Poland must receive 100,000 signatures from citizens in order for the proposal to be introduced to the assembly for debate. However, the abortion advocates also realize that their proposal is unlikely to be approved by lawmakers while a pro-life party holds the majority in parliament. However, the country’s other large political party has not backed the pro-abortion proposal, and is divided on abortion.

The goal of the proposal and the gathering of signatures is mainly meant to open up a social debate surrounding abortion. Abortion advocates hope they can convince Polish citizens that abortion should be legalized because illegal abortions occur. However, making any immoral act legal is not a solution, nor does it make the act suddenly moral. Murder, rape, and child abuse are all illegal but still happen every day. That does not mean these horrific acts should be legalized.

Though this will be the fifth attempt to legalize abortion in Poland since 1993 when it was first mostly outlawed, Argentina serves as an example of why abortion advocates will continue to fight for legal abortion. Argentina legalized abortion in December 2020 after multiple previous failed attempts.