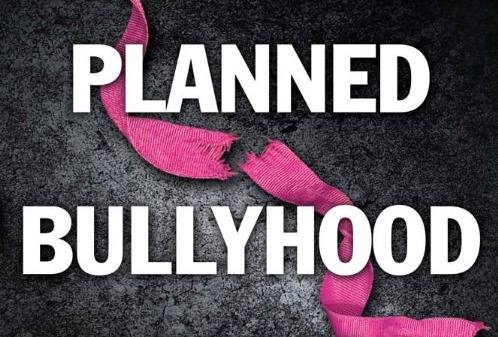 Andrea Hagelgans, the woman who bullied the Susan G. Komen Foundation back into Planned Parenthood’s coffers after its brief hiatus from the killing organization in 2012, has been hired for an important NYC role by Mayor Bill de Blasio. The mayor has appointed Hagelgans NYC’s new director of agency communications. In this capacity, Hagelgans will be responsible for setting “the media strategy of all city agencies and cabinet members.”

And Hagelgans is really good at strategy. When the Susan G. Komen Foundation had the light bulb moment that it might be smarter not to fund an organization that contributes to the prevalence of breast cancer in America, Planned Parenthood whipped out one of its token bullies — Hagelgans — to strategize on their behalf.

According to her biography online, Hagelgans “held the position of acting national media director for Planned Parenthood Federation of America through […] work with the organization. In this role, she developed and led PPFA’s media campaign in response to the Susan G. Komen Foundation for the Cure’s decision to withdraw funding from the organization.”

Unfortunately for breast cancer victims across the country, Hagelgans succeeded in bullying the Foundation to change its mind. Komen caved, and after an explosive fight within the organization that fundamentally changed its very structure, is back on Planned Parenthood’s funding list. To this day, thanks to Hagelgans, support for the Susan G. Komen foundation equals support for the cancer-causing effects of abortion.

One thing Planned Parenthood will not tolerate from any organization or government agency is withdrawing funding. Because without funding, they won’t be able to pay their president Cecile Richards over half a million dollars per year to tell the nation stories about how they offer mammograms to prevent breast cancer (oh by the way, they don’t). Lucky for Planned Parenthood, there are people like Andrea Hagelgans, who will step in and apply the necessary pressure to get her clients back onto the funding lists of anyone who begs to differ with their agenda.