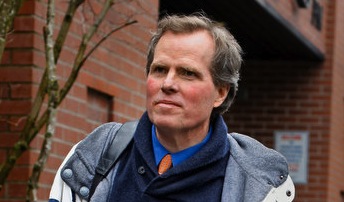 A well-loved and well-respected high school teacher was fired last night because he questioned a team of Planned Parenthood workers who bombarded his classroom earlier this semester, unannounced, to attempt to enroll Diss’s students in the Health and Human Services’ Teen Outreach Program (TOP).

Diss had not been informed whether or not the team, which turned out to be Planned Parenthood workers, had background checks or the proper sex abuse/child abuse certifications required to enter his classroom and interact with his students. Rather than supporting the conscientious objection of Diss as one of her teachers, the principal not only told Planned Parenthood to continue what they were doing, but also told Diss that he would not be excused from the classroom when he requested permission to leave due to his opposition to the event. The principal essentially told Diss that his moral beliefs did not matter.

Because Diss opposed Planned Parenthood in his classroom, and tried to look out for the welfare of his own students, Planned Parenthood and pro-abortion officials at the school – including the principal – banded together and sought to fire the teacher. The case for dismissal was heard by the school board on November 14, and last night it was announced that the official in charge of reaching a verdict on Diss’s case had determined that the teacher should be fired. To recap: a teacher lost his job today because he listened to his own conscience and acted in what he believed to be the best interest of his students when Planned Parenthood bombarded his classroom.

The decision to terminate Bill is clearly an example of bias against the teacher’s pro-life views, as evidenced by the fact that the decision does not align with existing Portland school laws and a huge outpouring of support from Diss’s students and their parents. Many students and parents have testified that Diss is an excellent teacher, mentor, and example to his students, writing letters of support and showing up at his pre-termination hearing last month.

Evidence was shown that Diss’s behavior, in line with his conscience, did not violate any Portland school law. Nevertheless, as we have seen time and again with Planned Parenthood in the past, the organization takes to bullying when it wants something. This time, what it wanted was the career and livelihood of a pro-life teacher, and unsurprisingly, that is what it got.