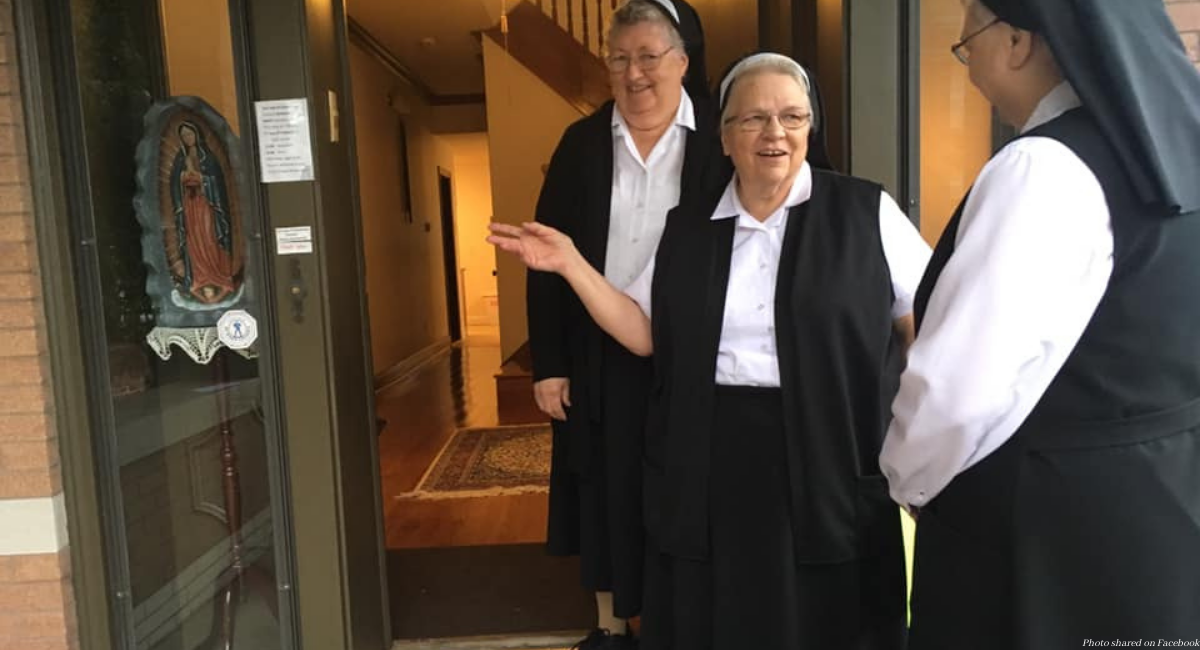 The Planned Parenthood facility in St. Louis, Missouri — the only surgical abortion facility in the state — got new neighbors in 2017, when two religious sisters moved into a home that had been converted into a convent directly across the street. And this convent has a pro-life mission.

According to the National Catholic Register, the idea for the convent was first sparked in 2015 when Catholic couples proposed building a chapel near the Planned Parenthood location. The plan was for the chapel to be a place for pro-lifers to gather for prayer and fellowship, and it was dedicated to Our Lady of Guadalupe, the patroness of preborn children. Instead of building a chapel, however, the Archdiocese of St. Louis purchased and renovated a home, which is now run by the Respect Life Apostolate. Sisters Sue Ann Hall and Delores Vogt, Franciscan Sisters of Christian Charity, live there.

“People always say, ‘what do you do all day?’ And I say, ‘answer the doorbell.’ The doorbell dictates what we do or what’s going on,” Sister Hall explained.

A post shared by FSCC Called To Be (@franciscansisters)

Pro-life sidewalk counselors are welcome to come to the convent to get warm during cold weather, or to pray when they don’t feel comfortable praying on the sidewalk in front of the abortion facility. The convent also holds adoration of the Blessed Sacrament, Mass, and lunches a few times a month. There is a meeting room available for pro-life ministries, and the convent acts as a place to host rallies and special events. During the recent Supreme Court hearings in the Dobbs v. Jackson Women’s Health Organization case, the convent was very busy.

“We had people on the sidewalk, people praying in front of the blessed sacrament and then we also had people in fellowship,” said Amy Kosta, program manager at the convent. “So it was kind of just a revolving door that day, at least in front of our facility.”

She added, “It’s a safe place, it’s a comfortable place and it’s just welcoming. And the sisters are just a joy to work with.” Kosta told the National Catholic Register that she has two children who pray outside of the Planned Parenthood, so when the convent opened, she “was thrilled” because now her daughter, who is in her twenties, had a safe place to go while sidewalk counseling.

What Kosta is unsure of, however, is whether or not the abortion pill has replaced surgical abortions. “I think the one thing that we maybe don‘t have a complete handle on — and I may be wrong — but there are a lot of chemical abortions happening,” said Kosta. “A lot of the abortion pill… that’s kind of the newest trend because people are able to get that in the mail.”

Sister Hall said that while some passing cars will honk in support, they and the sidewalk counselors also get negative pushback. But she has a “sense of God enveloping us and knowing we’re here for good and for His honor and glory. I just feel if God wants this work to be accomplished that He will see it accomplished. Why fear when He tells you not to be afraid?”

Thanks to the success of the convent, other Catholic dioceses are looking to create their own spaces near abortion facilities to support sidewalk counselors and the women who feel they have no choice but to abort their babies.