This is part one of a three-part series, taken from an exclusive Live Action News interview with a former Planned Parenthood manager. 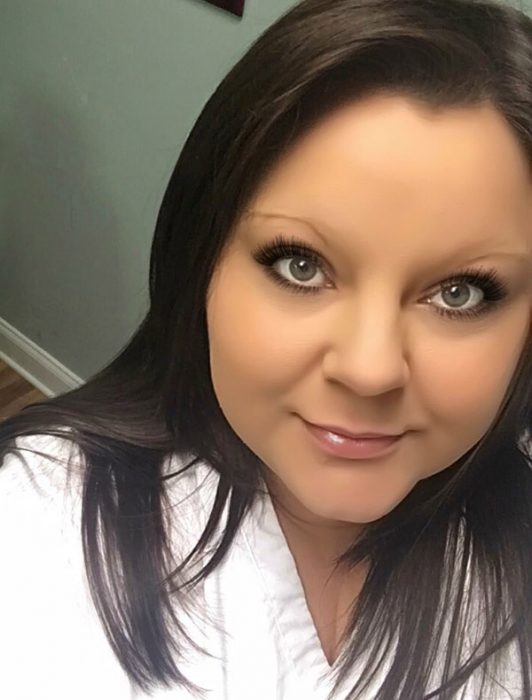 When Crystal Eldridge was hired as the health center manager for the Winston-Salem Planned Parenthood in North Carolina, she was a single mom… and a Christian. But because she had a great financial need, she took the job, against her conscience. “I never thought I’d ever make that kind of money,” Crystal told Live Action News. “My mom is very sick and she cannot work, and my dad has everything piled on him, and they’re struggling. I knew if I could make that kind of money, I could support my family and my mom and dad and make everybody’s life better…. So I basically, to be honest… I sold out for money. When I went [to Planned Parenthood], I felt torn because I knew that’s not what I believed in at all.”

According to Crystal, Planned Parenthood pays “exceptionally well and there are perks. I had a $500 monthly allowance, they paid my cell phone bill and I made 70 grand.” And of course, when attending conferences, it was only the finest hotels for the duration of the stay. All of these perks and the pay made it hard to leave, Crystal said. “A lot of women now are single moms and every dime helps. And when you land a job like that, that you never thought you’d have monetarily speaking, it is hard to walk away because you don’t know what’s gonna happen.”

But Crystal says there’s a reason Planned Parenthood treats their employees this way. “They pay well because it takes a part of your soul. It really does. That’s why. You couldn’t pay me to go back there. I would never go back there.”

“Most… are young women, unmarried women” who are sexually active with a high likelihood of becoming pregnant, Crystal said, and when the birth control fails, “Boom, there’s another $475 in [Planned Parenthood’s] pocket a few months later. You know, what’s a $5 bottle of pills when you’re gonna make close to $500 [from an abortion] in a couple months?”

And that was the cost for a first trimester abortion, Crystal said, regardless of whether a woman had a surgical or medical (abortion pill) abortion. (Incidentally, medical abortions can be reversed, but that’s something Planned Parenthood refuses to tell women.) “It was $475 no matter what, across the board, at the Winston-Salem location, but it was more in Chapel Hill because Chapel Hill [Planned Parenthood] does later terms” up to 19 weeks and 6 days.

Watch the video below to see what a first trimester aspiration abortion is like.

“What I wish I could tell every woman considering abortion is, I would always want them to know what would happen to the baby afterwards [and how] Planned Parenthood and other facilities… saw it as ‘tissue,’” Crystal told Live Action News.

Working at Planned Parenthood took a huge toll on Crystal, and her conscience just wouldn’t let her go. “When I would go into the POC [products of conception] room… like, when I saw what I saw in there, I would have nightmares,” Crystal said. “I have a six-year-old daughter, and I would dream about her being mutilated…. I started getting depression. I was around murder twice a week and cleaning it up. I just knew that’s not where I should be.”

Roughly a month ago, several employees walked out of the Winston-Salem Planned Parenthood, and Crystal was the first to leave. The facility, which commits abortions up to 13 weeks and 6 days, stopped doing abortions for about eight days due to lack of staff. “When I left, a couple of the staff left, too,” Crystal told Live Action News. “They just couldn’t stomach it anymore.”

Crystal’s choice to leave started with her anonymous phone call to a radio show. “I was driving home one day, and I always listen to a Christian radio station. And they said, ‘The things that you do on a regular basis, would you be comfortable being where you are and doing what you do, if that’s the time that Jesus came back for his people?’ And that scared me to death. Because the last place I want to be caught is an abortion facility. And I called the radio station and… I decided then to not go back.”

In the segment of that radio show, “In the Line of Fire with Dr. Michael Brown,” which can be heard below, Crystal emotionally talks about her desire to leave Planned Parenthood.“It’s not what they tell you it is… it’s what the pro-life people say,” Crystal tells the host. “They’re telling you the truth… I’ve seen it. Just carry it to term… Just don’t do that,” she tearfully says, referring to abortion:

Help for Crystal — and Other Abortion Workers

After this call, Crystal received help from the pro-life group Cities4Life, which she said used a “Christian-based approach” to mentor her. But she was still terrified to leave, and she told the pro-life group about her concerns. “I told her, ‘I’m scared… I’m making $70k plus fringe benefits every year… what am I gonna do?’ She told me, ‘Don’t worry about that, we’ll take care of that.’ … and then all of a sudden my landlord told me my rent had been paid for two months. And her organization paid my rent, my power bill, my cable bill…. Her thing was, ‘I’m not judging you, I just want you out of that.’ Financially she helped a lot, and spiritually she helped even more.”

Crystal encouraged her fellow Planned Parenthood workers to leave as well. One decided to leave when Crystal left, and two more left a few weeks later. “One of the girls [who worked there] didn’t believe in abortion at all and it tore her to pieces,” Crystal told Live Action News. “And I told her about Abby Johnson’s ministry And Then There Were None, and I told her about Cities4Life, and I told her, ‘They will help you; they helped me…’ She was scared because she is a single mom, but she said, ‘God’s gonna take care of this,’ and she left. One of the other girls that left… had had a couple [abortions] in her life… but then she started feeling that she wasn’t really doing what her life could be better spent doing. I told her, ‘We helped the procedure to be completed, so we’re just as guilty. Is that something you really want to carry around?’ She said, ‘No, Miss Crystal, it isn’t,’ and she left.”

Crystal has no regrets about leaving, after having worked at Planned Parenthood from March to September of 2017. “I’m not depressed anymore and I can sleep at night…. at least what I do now is a positive thing. I’ve always wanted to make people’s lives better.”