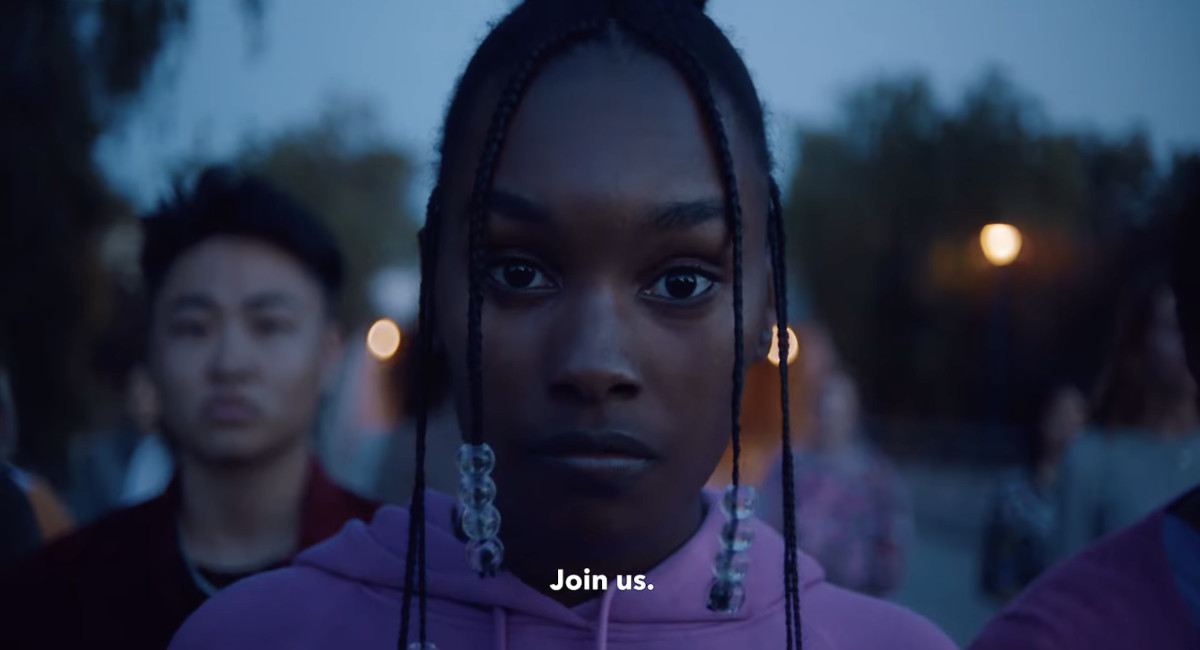 Planned Parenthood, the largest abortion chain in the United States, has released a global ad campaign in the wake of Roe v. Wade being overturned, ostensibly meant to show their preparedness to handle abortion post-Roe. Yet oddly, the ad seems to focus on two specific groups of people: women of color and people with disabilities.

The ad, titled “Force of Nature,” condemned the decision from the Supreme Court in Dobbs v. Jackson Women’s Health Organization.

“The storm is here,” a voiceover says in the ad. “They’ve stolen our right to control our own bodies, robbed our ability to decide our futures. But we’re built for this. We don’t stand by. We walk into the storm and turn its raw force into something transformative — because we don’t fight for the world as it was or as it is; we fight for a just world for ourselves and generations to come.”

READ: Abortion ‘will be a stain on this nation for centuries’ like eugenics was, says Fox News host

The ad was made in partnership with Vice-owned agency Virtue, and the focus on women of color and with disabilities was evidently intentional.

“It’s important to show the humanity of who this affects,” Heather McTavish, Virtue’s group creative director, said in a statement. “And who is affected is not a monolith. It’s Black and Brown women, and lower income women who will be affected most. Now it’s up to us to fight back together. To keep moving forward. And, to make sure all of our voices are heard. To make sure that we have the right to govern our own bodies.”

It’s an odd choice, considering Planned Parenthood’s well-known history of racism and eugenics — which still influences their practices today. Margaret Sanger, the founder of Planned Parenthood, was a known eugenicist, and the people she involved in the governing of Planned Parenthood were also known to hold racist, ableist beliefs. Lothrop Stoddard served on the board of Sanger’s American Birth Control League (ABCL) — which eventually became Planned Parenthood. He also believed that “non-white races must be excluded from America,” and was the Exalted Cyclops of the Massachusetts chapter of the Ku Klux Klan. Clarence Gamble also served as a director of both Sanger’s ABCL and Planned Parenthood boards, and, again, was a eugenicist, fighting for laws mandating the sterilization of the disabled. In a letter discussing the notorious Negro Project with Margaret Sanger, Gamble said,

The mass of Negroes, particularly in the South, still breed carelessly and disastrously, with the result that the increase among Negroes, even more than among whites, is from that portion of the population least intelligent and fit, and least able to rear children properly.

Sanger herself was known to have spoken to members of the Ku Klux Klan, was involved with the experimental testing of birth control on Puerto Rican women without their knowledge or consent, and approved of the Buck vs. Bell Supreme Court decision, which allowed anyone deemed “unfit” to be sterilized without their consent. She also argued that “undesirables” — who she saw as minorities, the poor, the disabled, and the mentally ill — were “human weeds” who shouldn’t be allowed to “breed.”

Today, decades later, not much has changed. Planned Parenthood has been caught on tape accepting racially-biased donations, and pressuring Black women to be sterilized. Hundreds of employees have complained of systemic racism towards both staffers and patients, while others said they were discriminated against because they were pregnant.

Given all of this — Planned Parenthood’s past and present — it was certainly a galling decision for Planned Parenthood to release an ad spotlighting the very people their organization was founded to keep from reproducing.