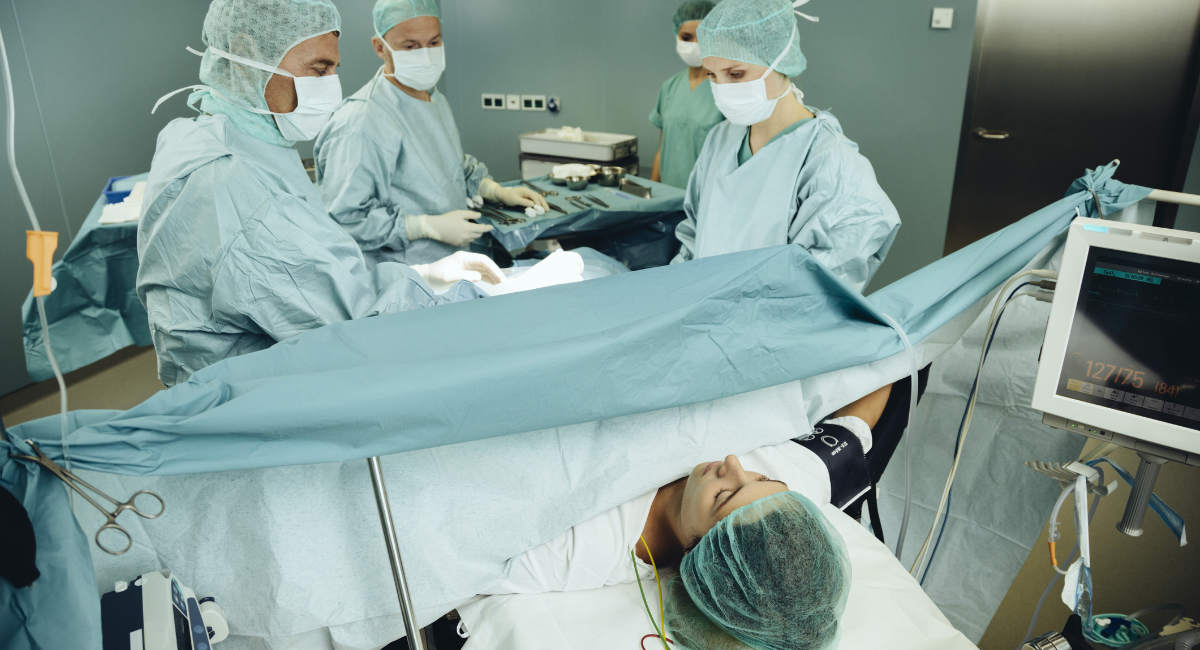 In the 1960s-1970s, many poor minority women were pressured into sterilization. Eugenic and racist beliefs as well as resentment against women who had babies on welfare drove this abuse. In some hospitals, doctors approached poor Black and Latina women while they were in labor and tried to get them to agree to have their tubes “tied.” Instead, doctors actually cut and cauterized the tubes, meaning the sterilization couldn’t be reversed. Records show that one woman was in labor for 19 ½ hours and under the influence of drugs such as Demerol when she “agreed” to be sterilized.

Elena Orozco was surrounded by doctors during labor. They demanded that she agree to be sterilized, so fearing for her safety and that of her baby, she signed a consent form. She said, “What I was signing, I understood it to tie my tubes, not to sterilize. If they would have put the word “sterilization” there, I would not have signed the papers.”1

Other women have told similar stories of being deceived. Consuelo Hermosillo delivered three children by C-section. When she got pregnant a fourth time, doctors told her it was illegal for a woman to have more than three C-sections unless she agreed to be sterilized. Afraid she and her baby would die, Hermosillo “consented” to sterilization. She was 24.

In 1972, 33-year-old Maria Gomez remembered that a doctor asked her if she wanted to be sterilized right before her C-section. She says, “I don’t remember very much after this. I was very drowsy and drugged.”2 In a later doctor’s appointment, Gomez learned she had been sterilized. Tragically, her baby died, and she was unable to have another.

READ: The most infamous cases of forced sterilization in America… and the people behind it

Some women who had C-sections only learned they had also been sterilized weeks or months after the fact.

Other women in labor were denied pain medication unless they agreed to be sterilized. One witness, Dr. Karen Benker, said:

In 1975, an anti-sterilization feminist group, the Advisory Committee on Sterilization, was formed in New York City. The group wanted to end these coercive practices in New York hospitals. They proposed legal safeguards like waiting periods before sterilization and protections for minors. According to feminist author Rebecca M Kluchin:

NOW, NARAL, and Planned Parenthood were afraid that regulating any type of family planning would lead to restrictions on abortion. They were willing to work against those who wanted to protect vulnerable minority women.

NOW and NARAL joined Planned Parenthood and opposed the Burden bill because they, too, believed abortion to be “the more salient issue”… Whether they intended to put forth a racist policy or not, these organizations adopted a strategy that defended the reproductive rights of middle-class white women at the expense of poor women of color.5

READ: This eugenicist started coerced sterilization in North Carolina… and was awarded by Planned Parenthood

But protecting abortion wasn’t Planned Parenthood’s only motive. It turned out the corporation was planning to set up a network of facilities specializing in sterilizations and had already taken out a $700,000 loan for the venture, which was expected to be very profitable.

A new technique called the mini-laparotomy had been developed, and according to Kluchin, Planned Parenthood “planned to introduce this technology to the United States and develop a series of mini–lap clinics in major cities across the country.”

A long waiting period would essentially destroy these plans. Planned Parenthood saw a threat to both its ideology and its bottom line.

So Planned Parenthood worked against those trying to protect vulnerable women. Fortunately, the bill passed anyway. Eventually, regulations were set up around the country and the era of forced sterilizations came to an end.