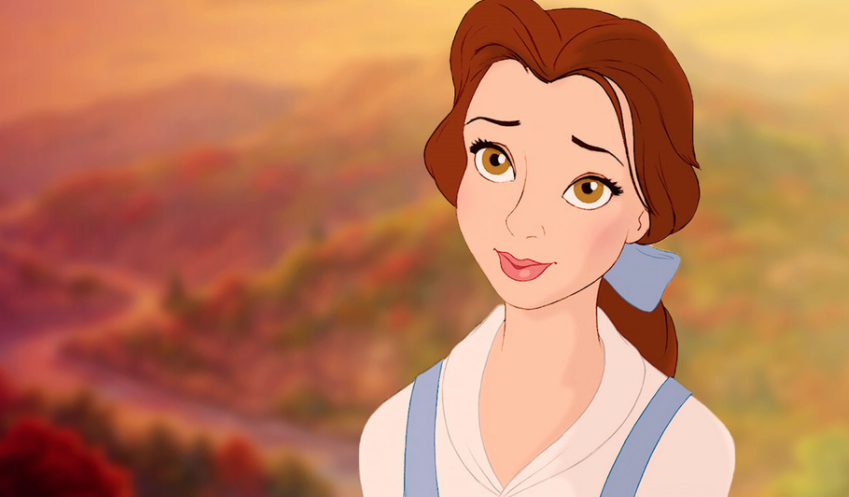 There is perhaps no greater juggernaut in the entertainment industry than the Walt Disney Company, most well-known for its animated movies, especially for “Disney Princesses.” Each Disney princess is unique, serving as role models to millions of young girls across the world — so it seems inevitable that Planned Parenthood would try to exploit the “Princess” franchise to promote abortion.

Earlier today, one of Planned Parenthood’s affiliates, Planned Parenthood Keystone, took to Twitter to call for the Disney princess they would like to see in the future: a princess who was “pro-choice” and had an abortion. Unsurprisingly, the tweet almost immediately came under heavy criticism, even among those in support of abortion. The tweet was quickly deleted, but not before Live Action obtained a screenshot: 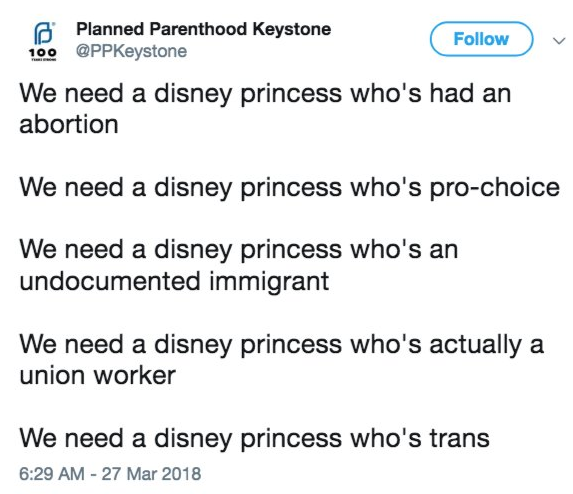 Indoctrinating young children to support abortion and engage in risky sexual practices is nothing new from Planned Parenthood. Live Action’s SexEd investigation, for example, found Planned Parenthood’s “counselors” giving young, underage girls disturbing advice about sex. But what happens when these girls turn to Planned Parenthood for help? The abortion corporation routinely covers up and hides child sex trafficking and the sexual abuse of children.

Planned Parenthood tries to trap children in its web, and then will abandon them in their hour of need, all so it can rake in more money from abortion. A child facing a crisis pregnancy needs help and support — not violence and death.

Disney’s princesses promote values that most parents can applaud: kindness, compassion, courage, hope, and justice. They are overwhelmingly heroic women who protect the vulnerable and are kind to those in need. A princess getting an abortion would counter everything the franchise stands for.