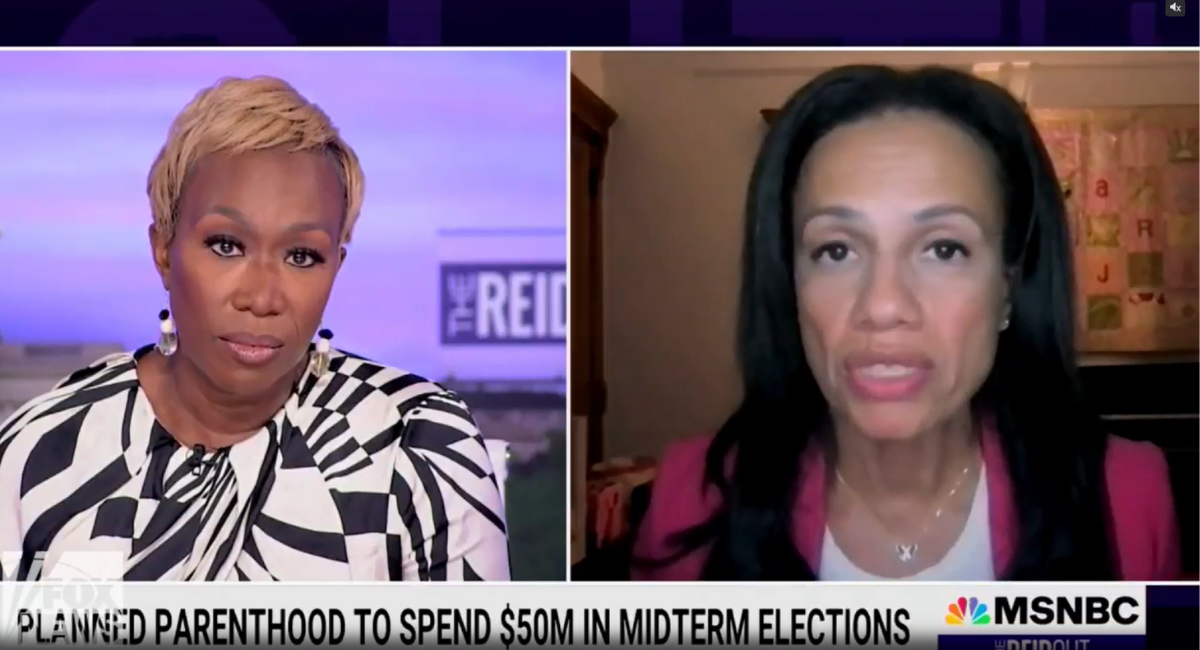 Abortion chain Planned Parenthood is pouring money into U.S. elections in what its top leadership is selling as an effort to “save democracy.” Americans, however, have consistently shown that they don’t agree with the radical abortion agenda pushed by the abortion giant.

In an interview featured on MSNBC’s show The Reid Out, as reported by Fox News, Planned Parenthood president Alexis McGill Johnson argued that through the abortion giant’s political advocacy, “abortion is actually going to save democracy.”

McGill Johnson framed the effort as a battle against “a deeply radical, extremely unpopular agenda around continuing to constrain access to [abortion].” She argued that the only reason legal protections for preborn babies have been winning in states and on ballots in the past several years is because of “how gerrymandered these states have become.” According to the abortion giant’s president, “You can have a state where there is majority support but you actually can’t have the laws that you want because you have these politicians that have been safely put into these seats.”

But as Live Action News has reported, a majority of Americans consistently has expressed support for significant restrictions on abortion in polling. SBA Pro-Life America polling indicates that 72% of Americans would restrict abortion to 15 weeks of pregnancy, a finding similar to the results of a Knights of Columbus/Marist poll released in early 2022.

In an August press release, as reported by Live Action News, Planned Parenthood announced operation “Take Control,” which it is framing as its “largest ever investment in an electoral cycle” at $50 million. The money will focus on states “positioned to either ban or expand access” to abortion with the goal to “preserve and expand abortion access in as many states as possible.”

The abortion giant’s effort to “save democracy” comes as it continues to receive hundreds of millions of taxpayer dollars annually. According to a Family Research Council study, between 1994 and 2019 Planned Parenthood received $9.7 billion in government funding and committed more than 7 million abortions. A Government Accountability Office report also found that Planned Parenthood was one of the major abortion advocacy groups that received nearly $2 billion over three years in 2016-2018. Although government funds are generally restricted from directly funding abortion, as pro-life Rep. Chris Smith pointed out, “[T]he American people are not fooled by accounting tricks; they know that … taxpayers are in essence subsidizing its whole business.”

Yet Planned Parenthood’s unprecedented spending on the election and its attempts to sell its efforts as a battle to “save democracy,” conceal a more cynical motive. As a spokesperson for Susan B. Anthony Pro-Life America told Fox News Digital, “The abortion lobby’s plan to spend millions to elect Democrats who back abortion on demand until birth shows just how desperate they are to preserve their lucrative business of killing unborn children and exploiting their mothers.”