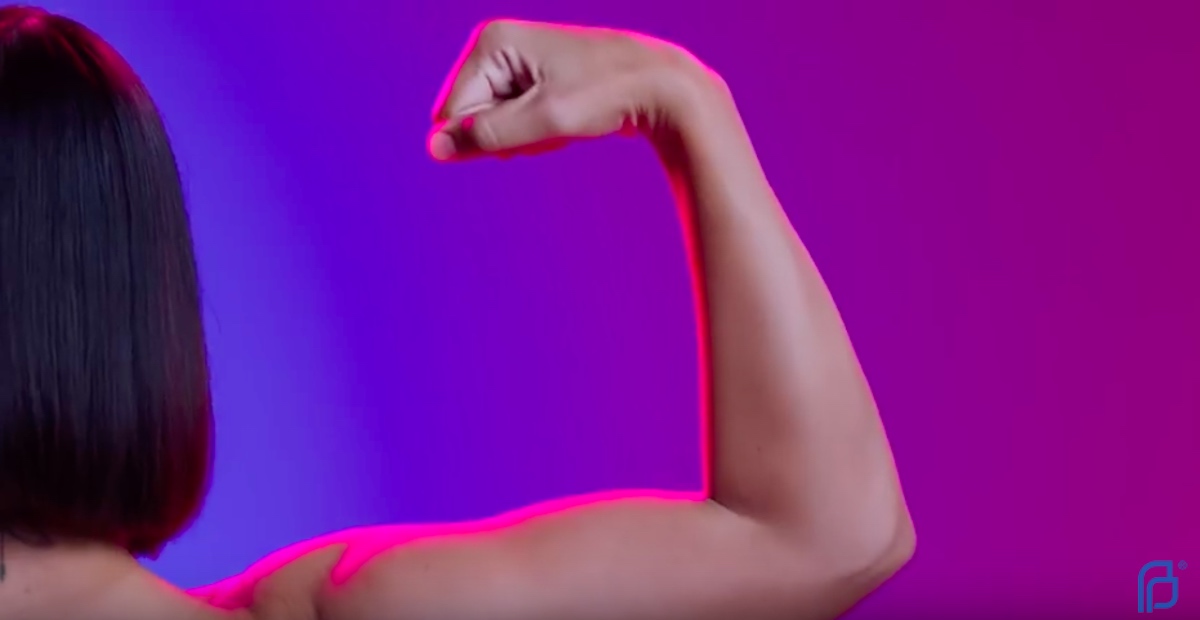 Planned Parenthood’s latest ad campaign is an attempt to fight back against new abortion laws which they refer to as “draconian restrictions on reproductive health and freedom.” The campaign, called #BansOffMyBody, is full of hypocrisy, completely ignores the entire basis of pro-life laws, and is lacking the support of the majority of Americans. In addition, it uses women’s naked bodies as political tools.

“This is my body,” states the ad. “This is my life. My voice. My truth. My future. My decisions. When we own our bodies we are powerful. We are free. When we have control, we thrive. We won’t go back. We won’t tolerate this assault on our health and our rights. And that means access to safe and legal abortion. Now is the time to unite. Get your bans off my body.”

The ad very pointedly ignores what abortion does to preborn children, or even the fact that it injures women — but it definitely gives off a self-centered vibe. In a way, this is accurate, as the act of abortion is centered on the idea of self-preservation, even if one has to eliminate the life of her innocent preborn child. This goes against the protective instinct that mothers typically have for their children. Women who are coerced, women who are panicked and feel they have no other choice — they are victims of individuals and societies that tell women they’re on their own if they choose to give birth. Quite often, abortion isn’t a woman’s choice, and she does not feel empowered by it. But this tone-deaf ad pushes the false narrative that women are empowered when they make the choice to abort their own children.

WATCH: How feminism lost its way… and became married to abortion

The ad is also hypocritical and oblivious to the fact that these women are asking for rights they already have — a right to their bodies, their lives, their futures — yet they are asking to deny those same rights to other human beings. One person’s so-called freedom cannot come at the expense of someone else’s. It is the preborn child’s body, life, voice, truth, and future that are ripped away by abortion every single day. Yes, Planned Parenthood, everyone deserves the right to life, even human beings in the womb. Here’s the body that Planned Parenthood wants desperately to ignore:

By stating that pro-life laws are an “assault on our health and our rights,” Planned Parenthood is ignoring the very reason that the laws exist in the first place. Pro-life laws don’t exist to oppress or control women. They exist in order to free an entire group of human beings who have been denied their very humanity, their basic human rights, their very lives. Preborn human beings have their own body with their own unique DNA that is present from the moment of conception.

Pro-life laws are not about a woman’s body, they are about the preborn child’s body, which by 21 days after fertilization has its own beating heart… and brain waves by 39 days. In addition, outlawing abortion could never be an assault on health care because abortion — the deliberate killing of a human in the womb — is not health care. Abortion is never necessary to save a woman’s life or health. The only reason Planned Parenthood wants to ensure abortion remains legal up until birth is because abortion accounts for more than half of the corporation’s non-government income.

This ad is a weak attempt by Planned Parenthood to push its agenda of abortion-on-demand under the guise of women’s empowerment. Abortion is not health care and women don’t need abortion to be successful, to feel powerful, or to thrive.  These bans are not about women’s bodies; they are about the human lives that women’s bodies have the amazing ability to nourish and grow — human lives that will grow from embryo to fetus to newborn and eventually adult with the opportunity to change the world for the better, if only they can survive Planned Parenthood’s profit-driven marketing.