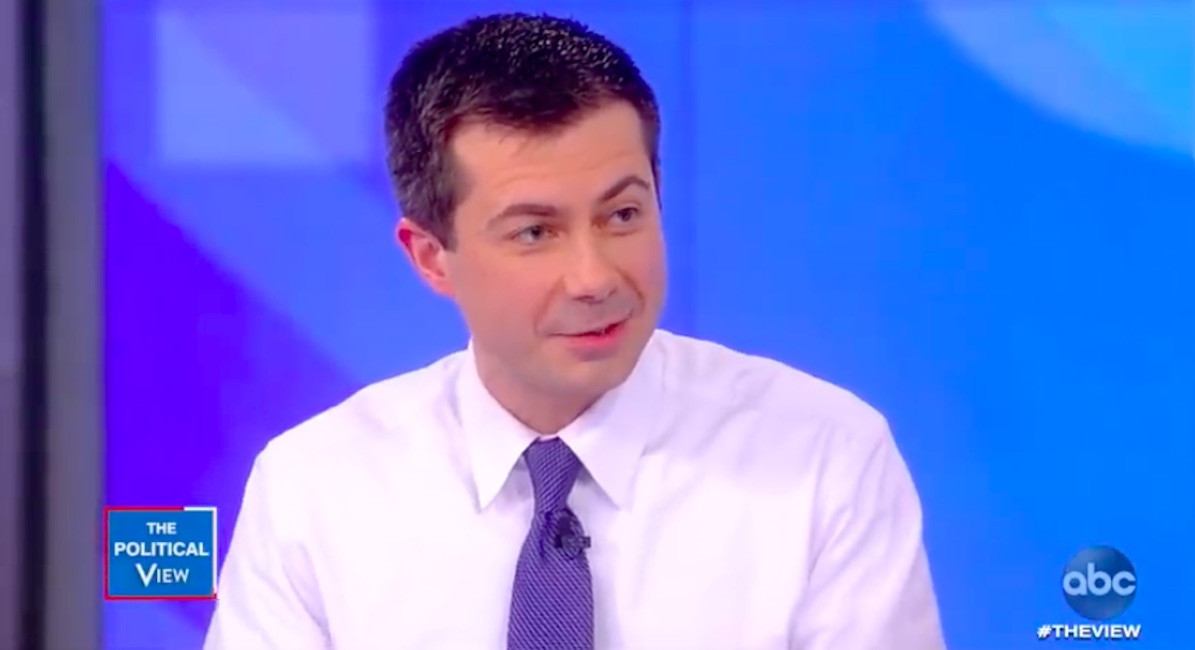 Less than a week after telling Democrats for Life’s Kristen Day that pro-lifers are not welcomed in his party, former South Bend, Indiana, Mayor Pete Buttigieg appeared on “The View,” where he indicated his support for late-term abortion.

Co-host Meghan McCain asked Buttigieg where he would draw the line on late-term abortion. Buttigieg replied, “My point is that it shouldn’t be up to a government official to draw the line. It should be up to the woman who’s confronted with the choice.”

McCain then asked Buttigieg what he thought of infanticide — when a child’s life is ended outside the womb just after birth. “What if a woman wanted to invoke infanticide after a baby was born — you’d be comfortable with that?” she asked.

Buttigieg answered, “We’re talking about families that may have picked out a name — may be assembling a crib — and they learn something excruciating and are faced with this terrible choice — and I don’t know what to tell them morally about what they should do. I just know that I trust her and her decision medically or morally isn’t going to be any better because the government is commanding her to do it in a certain way.”

Despite Buttigieg’s suggestion that women seeking abortions late in pregnancy do so largely for reasons of medical necessity, this is not the case. As previously noted by Live Action News’ Carole Novielli:

According to the Charlotte Lozier Institute, “a study of late-term abortions in 2013 (Fisher, Kimport) in the journal Perspectives on Sexual and Reproductive Health, a publication of the pro-choice Guttmacher Institute, the authors acknowledge that ‘data suggests that most women seeking later terminations are not doing so for reasons of fetal anomaly or life endangerment.'”

Some expressed their outrage over Buttigieg’s apparent refusal to support laws against infanticide, late-term abortion, or partial-birth abortion — all of which are committed after viability, when children can survive outside the womb.

No, @PeteButtigieg did give a stance

He said as long as a mother wants to abort a baby, at any age, she should be able to

Even if that means partially delivering a full-grown, 7 lb infant, who can recognize her mother’s voice, & then stabbing her neck & suctioning out her brain https://t.co/eXDtNWrg9y

… as did Students for Life of America president Kristan Hawkins:

Hey @PeteButtigieg, let me help you out. You tell that mother that you are sorry she's received a fatal diagnosis for her child. You tell her you will help her in anyway possible. But you don't tell her that inducing a heart attack on her baby, who can feel pain, is justice. https://t.co/oFyWIq8ONV

Meghan McCain explained her belief that Buttigieg’s positions on late-term abortion and infanticide are too radical for many women in America, and women responded in agreement.

this shouldn't be a difficult question for you to answer, @PeteButtigieg.@MeghanMcCain is right. You're extremely radical on late-term abortion & infanticide. This will hurt your campaign. https://t.co/vooIXbvu6y

As March for Life president Jeanne Mancini pointed out, Buttigieg’s view is not in sync with the restrictions the vast majority of Americans believe should be placed on abortion.

75% of Americans would limits abortion, at most, to first three months of pregnancy. This includes 6/10 pro-choice Americans. 2/3