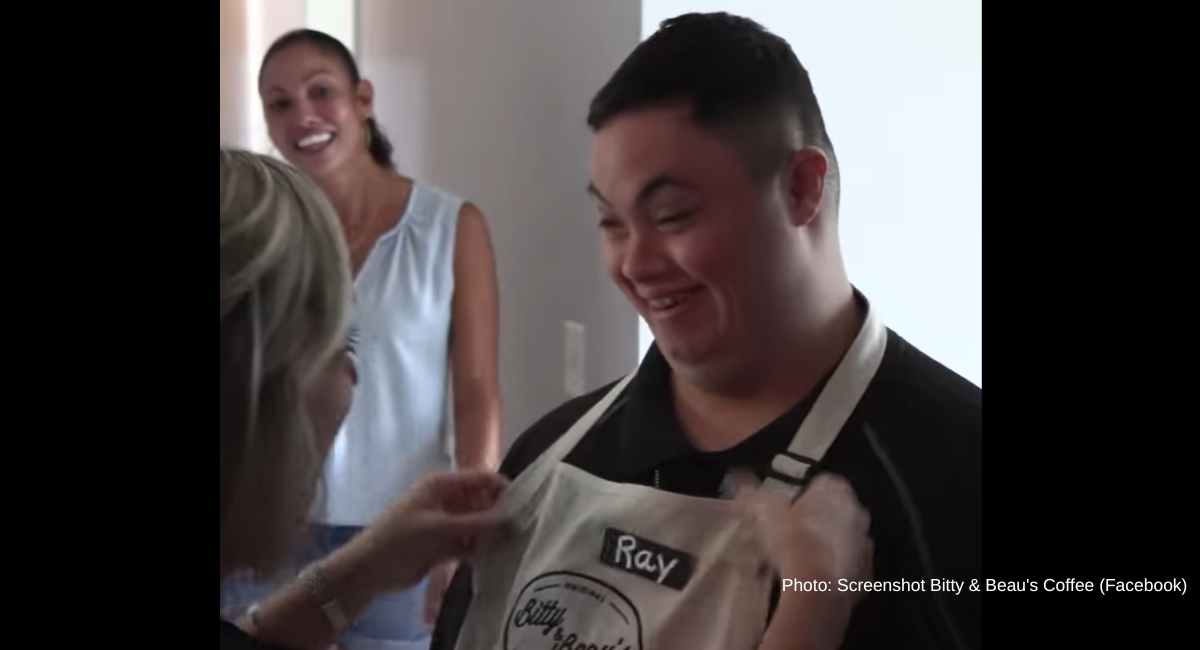 Bitty and Beau’s is a coffee shop staffed entirely by people with disabilities. It was created when founder Amy Wright — whose two children, Bitty and Beau, both have Down syndrome — realized that there is a high unemployment rate for people with disabilities. What started as a 500-square-foot shop has now grown to a franchise with locations across the country. The newest location is opening soon in Jacksonville, Florida, and a video of the newest employees receiving the news of their surprise hires is getting a lot of attention.

The Bitty and Beau’s team arrived with balloons to surprise their newest employees, who have various disabilities. One woman, Diamond, cheered as she received her apron; another young man, Ray, cried as his family clapped. Even more employees were hired in an event held where the coffee shop will open as onlookers cheered and applauded.

Amy Wright was named CNN’s Hero of the Year in 2017 and shared how having her children jump-started her advocacy.

“When you become a parent of a child with special needs, you are instantly thrust into becoming an advocate,” she said. “Trying to make people see the beauty in their lives that we see. I realized [the coffee shop] would be the perfect environment for bringing people together. Seeing the staff taking orders, serving coffee — they’d realize how capable they are.”

The coffee shop is also more individualized, tailoring the job the employee works to their own strengths. “There was no criteria for the hiring process,” she said. “It was, ‘Do you want a job? Will you be dedicated to your job? Do you have a good attitude?’ And once we brought them in, we found out what they were comfortable doing, or what they were good at.”

“Most of them have never had jobs before, yet they are extremely qualified and capable of doing them,” Wright said. “They are so grateful for the job, and they approach the workday with a lot of gratitude, and it’s infectious. When you have a serving staff that is positive and grateful, the customers pick up on that and they leave with a good attitude. It is a very happy, positive place. We try to set an example here that their work is just as worthy as typically-developed people. And they have dreams they want to work toward. One helped his family put down a payment on a house. Another is saving up for a car.”