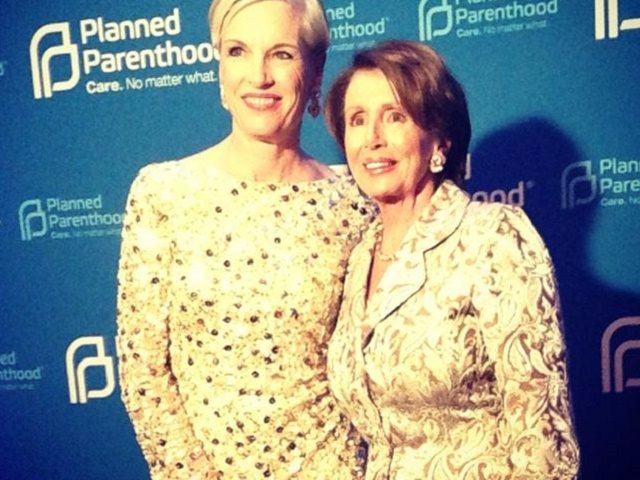 Despite former President Barack Obama’s promises that “no federal dollars” would be used “to fund abortions and federal conscience laws would remain in place” under the Affordable Care Act (ACA), a recent Tweet by former Planned Parenthood president Cecile Richards unintentionally revealed that funding abortion through the ACA was actually part of the plan from the beginning.

In a series of tweets, Richards responded to pushback against Nancy Pelosi being nominated as Speaker of the House in the newly-elected Congress. In her tweets, Richards said she spoke with Pelosi while the ACA was being pushed through, receiving an assurance that abortion would be part of the healthcare act.

“I also find it interesting – though not surprising – that the effort to go after [Pelosi] is being led by four men in Congress,” Richards tweets. “She was the Speaker of the House when we passed the Affordable Care Act. As @BarackObama has said himself, we would not have the ACA without her.”

Then came this admission:

I will never forget the meeting with her [Speaker Pelosi], when I was at PP, where she told me in the middle of that fight that she would not pass the ACA if it banned insurance coverage for abortion. Though many “progressive” men were willing to throw women under the bus, she was not. 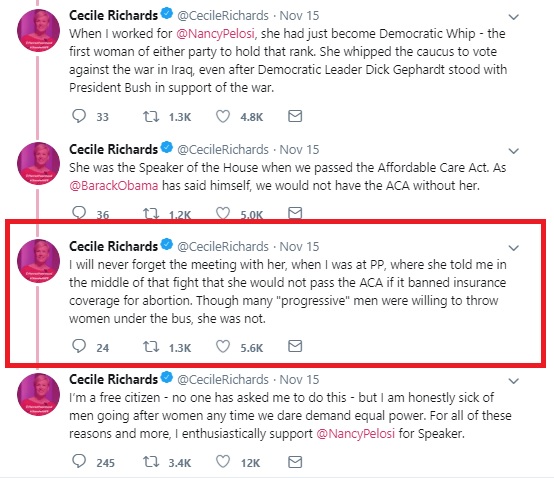 Of course, pro-life advocates saw this coming at the time, despite the claims of Pelosi, who even had trouble wrangling members of her own party to vote for the ACA because of its abortion funding.

Despite the American public’s opposition to taxpayer-funded abortions, Planned Parenthood, with direct assistance from Speaker Pelosi, made certain abortion was in the ACA, and we now know this was a deliberate and calculated effort — a cooperation with the abortion industry.

In 2014, the Government Accountability Office (GAO) released a report that identified 1,036 ACA plans that covered abortion and received taxpayer subsidies. The 2014 report concluded that more than a thousand federally subsidized ACA policies paid for abortion, often unbeknownst to policyholders.

A recent analysis of ACA plans found that, despite existing regulations requiring it, “For 2014… none of the entities interviewed that billed insurance… either itemized abortion on the premium bill or issued a separate bill that clearly named its purpose for abortion.”

To remedy this, the Trump administration issued a new rule to make certain consumers aren’t forced to pay for abortion coverage if they don’t want to. But, of course, Planned Parenthood, which recently issued a new plan to expand abortion, is crying foul. 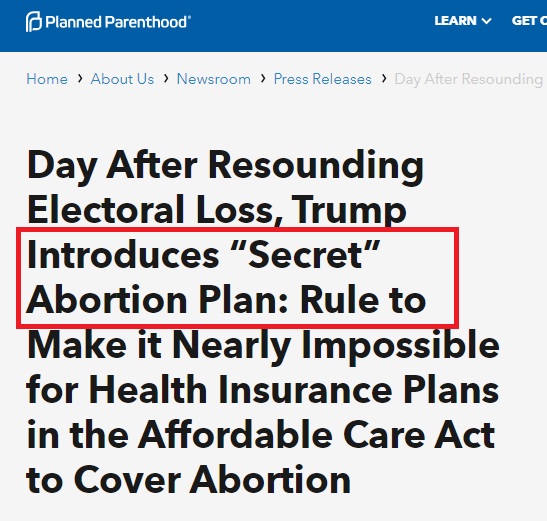 Why would a rule stating that consumers must be told when their plans cover abortion “make it nearly impossible… to cover abortion”? Perhaps Cecile Richards has an inkling that Americans really aren’t as favorable toward abortion as the abortion industry tries to claim.