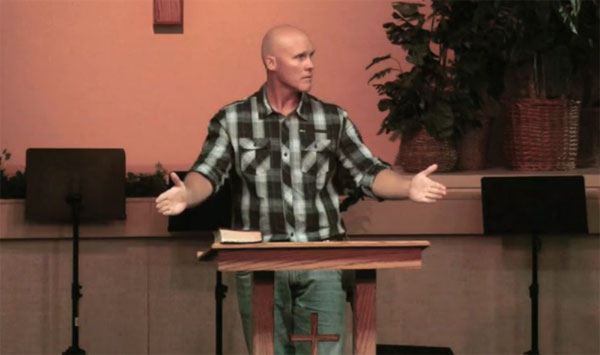 Shane Idleman, founder and pastor of Westside Christian Fellowship in Lancaster, California, recently opened up in a blog post about the abortion of his child and the years of suffering and regret he still endures because of it. The abortion took place twenty-three years ago, when Idleman agreed that his girlfriend should abort their child when she was just over a month pregnant. Since that day, Idleman says he envisions what it would have been like to parent that child. He imagines watching his child learn to walk, comforting him or her in times of sadness, and celebrating together his or her successes in life. He writes:

But these are just dreams in my mind; dreams that often leave me heartbroken. Regret is one of the hardest pains to deal with because it is a constant reminder that we failed…failed God, others, and the aborted child.

While it was difficult for him to write about the abortion, he felt that it must be done. He says he can no longer remain silent while politicians and groups like Planned Parenthood use catchphrases like “a woman’s right to choose” to cover up the truth that this is a mother, her baby, and the death of that baby through abortion. He says he also wants those who have experienced abortion to know that there is hope.

Idleman asks others, especially pastors, to stand up and speak out against evils like abortion. He feels that he and others can no longer stay quiet while the sin and suffering of abortion still exists. He believes that pastors must confront evil, including evil that devalues human life.

“Today, the truth is often neglected, watered-down, or avoided altogether in the hope of not offending and building an audience,” writes Idleman. “We want to build a church rather than break a heart; be politically correct rather than biblically correct; coddle and comfort rather than stir and convict.”

But he believes that if we continue on that path, there is little hope for America. Each of us has a choice: to stand and fight against abortion at all costs, or to watch our nation fall.