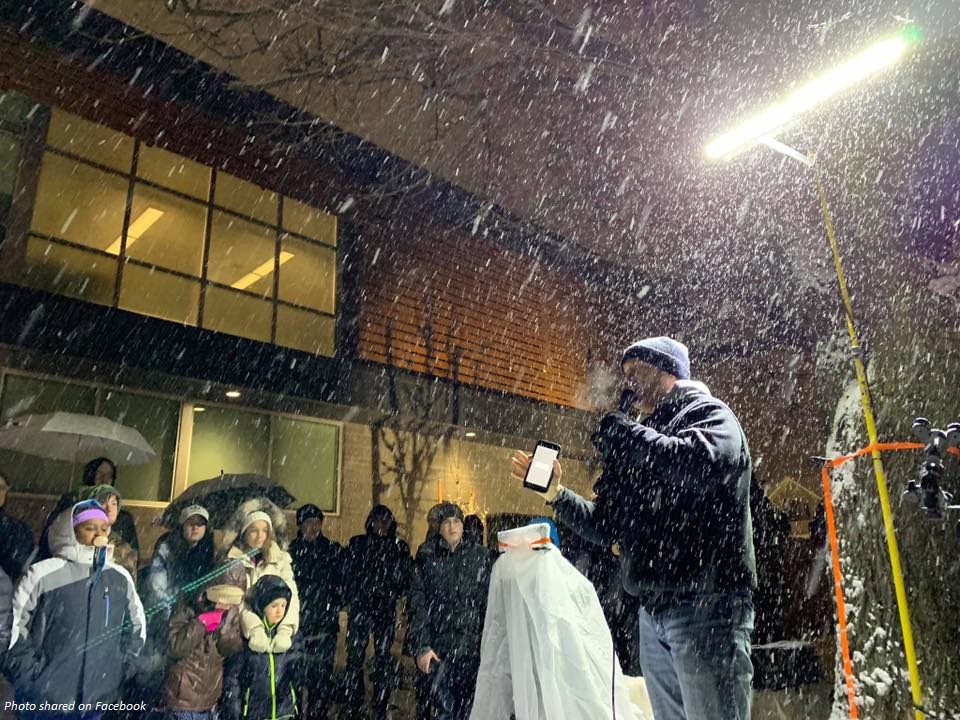 When Pastor Ken Peters of Spokane, Washington, says he believes the church is the the greatest hope to end abortion, he means it. That is why he decided to bring the church to where it was most necessary: to the very front door of a Planned Parenthood facility. Called “The Church at Planned Parenthood,” the church plant, or new congregation of an already-established church, gathers once a month to pray and worship God right outside the facility’s doors.

Peters is convinced that bringing the light of faith is necessary to change hearts and minds on abortion, as is meeting people charitably where they are. “We gotta put legs to our faith,” he said in an interview with CBN last week. “We’ve gotta find that balance between being mean and nasty and yelling. We’ve got to find the balance between that and doing nothing.” He added, “We don’t want to be mean like Westboro Baptist Church.”

The church in this most unlikely location has already attracted a regular following. Every month, around 300 people attend the service, which is complete with prayer teams and a worship band. Even more are watching via social media. As Peters told CBN, 65,000 watched last week on his personal Facebook feed.

“We have a holocaust going on in our own country, and this really brings it to light, and we’re confronting it with the Holy Spirit and with worship instead of in the flesh,” he explained. “This really gets the light of Jesus right out in front of the community, right at one of the busiest intersections in town.”

Pastor Ken’s idea builds on the tradition of prayerful witness outside of abortion facilities. Christian groups, like Helpers of God’s Precious Infants, have been holding regular prayer vigils outside of abortion facilities, and offering sidewalk counseling services to women for years. But The Church at Planned Parenthood represents a bold and powerful witness that seeks to establish a permanent Christian presence at the very door of Planned Parenthood.

When asked about Planned Parenthood’s security considerations, Pastor Ken replied, “We’re aware of all the rules and doing our best to stay within those, so the police are definitely there,” he said. “They’re watching. But we tell them we’re not there to cause trouble. We’re there to worship God. We’re there to pray. We’re there to preach the gospel.”