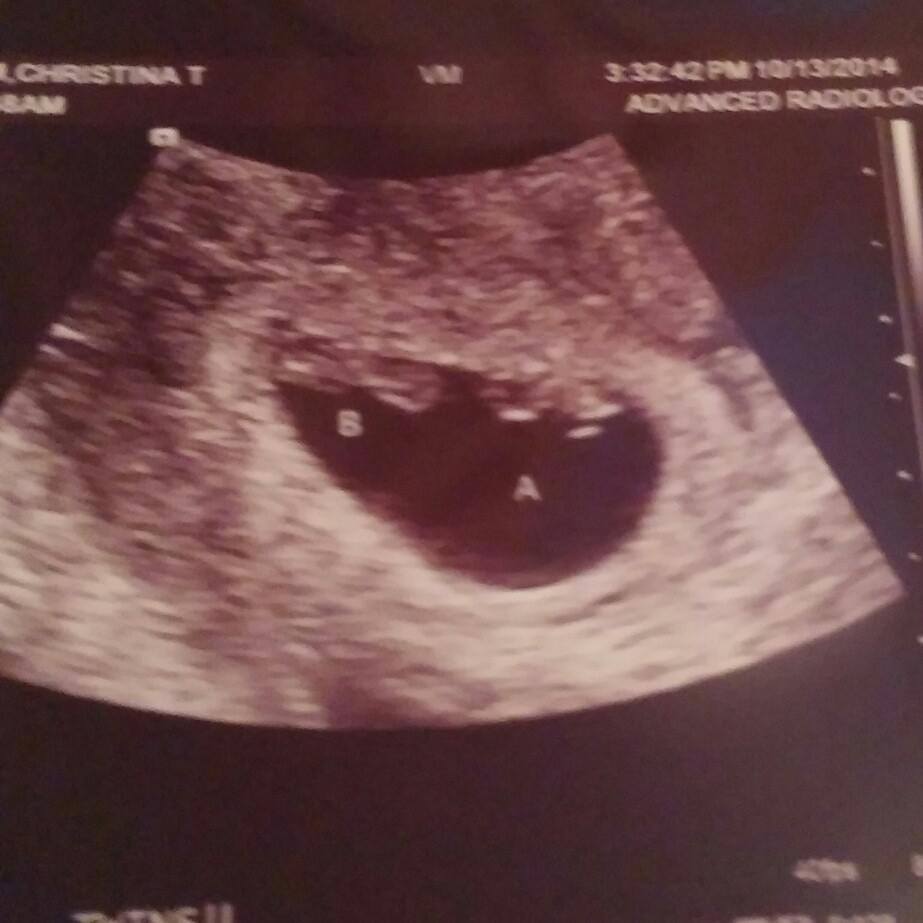 In September, 2014, Christina and Shawn Byrum, parents to seven children, were surprised and excited to discover that Christina was pregnant with identical twin boys.

They thought their biggest concerns would center on finding a bigger home. However, at 12 weeks gestation, they were told that one of the babies had acrania, which means his skull didn’t fully form.

Unlike anencephaly, their son’s brain did develop, but due to its exposure to amniotic fluid, the brain would become damaged and deteriorate throughout the course of the pregnancy. The couple scheduled a meeting with a genetic counselor and a social worker to discuss their options.

“After our meeting with the genetic counselors to discuss our ‘options’ (which was really to decline any ‘options’ offered), we had our scan…the scan that clearly showed my precious baby boy’s brain totally exposed,” explained Christina on Facebook. “Both babies were moving around kicking at each other w/o a care in the world, and I was suffocating on the silent screams in my own throat.” Christina and Shawn were told that their son would die either in the womb, or right after his birth. Since the babies were identical and shared a placenta, if Baby A (with acrania) were to die in the womb, it could cause them to lose both babies, or cause neurological problems for Baby B.

The couple had already agreed that they were going to continue the pregnancy for as long as possible, leaving the outcome up to God. But with this news, they knew they had to tell their other children about the diagnosis, so that they weren’t blindsided if the worst happened.

Despite all of the risks and concerns about the health of the twins, the third trimester arrived without any complications. The family chose names for the boys: Baby A (with acrania) is now Christopher Emmanuel. Christina hopes that his story bears news of Christ’s compassion under all circumstances. Baby B is now Eli Cole because God is the victory of the people.

With the countless appointments and different medical staff attending to them, Christina and Shawn hear a lot of negative comments including: “You already have seven, are you done now?” or “Why didn’t the doctor terminate the unhealthy twin?”

It was comments like those from strangers that inspired Christina to start a Facebook page about her twin sons at 28 weeks gestation.

At first she was pleased to just join other pages and Facebook groups to bond with parents in similar circumstances, but once she realized how little value so many people placed on life, Christina knew that she must share the story of her boys to help others understand that all life has meaning and worth. As she wrote on Facebook:

“Those individuals don’t get to see these precious babies moving and interacting on the sonogram screen […] How could I deprive these brothers of each other’s company for a second less than the Good Lord gives them together?

Every relationship comes with the risk of heartache and loss… Whether they are meant to spend these weeks together in the womb to be separated after delivery or if God decides to call them both home to him at this journeys end, is to be decided by our creator.

Just because He used my husband and I as tools to create all of these unique lives by no means gives us the right to ‘return to sender’ early what society labels as a damaged package.”