Pressured to make a quick decision when they’re most vulnerable.

All too often prenatal testing results in a death sentence for the child.

Now that prenatal testing can so easily detect babies with physical and mental disabilities, more and more women are choosing to abort their children if something is wrong with them. For example, up to 92% of women whose tests show that they are carrying babies with Down syndrome abort.

Some women have successfully sued doctors for the “wrongful life” of babies who were born handicapped, claiming that their doctors should have detected the anomaly so they could abort. Perhaps this is one reason why many doctors urge their pregnant patients to undergo amniocentesis, a test which is not without the risk of miscarriage. Along with the pressure to undergo amniocentesis comes the pressure to abort if the amniocentesis – or other recommended prenatal testing – shows a problem.

Parents are Subjected to Eugenicist Views and Urged to Choose Abortion

According to one pro-choice author:

Through the gradual introduction of new forms of technology and testing, the medical establishment and the public health sector have been developing subtle quality-of-life standards and not-so-subtle ways of discouraging the birth of those who do not measure up. (1)

The mere existence of a [genetic] technology contains an implicit coercion to use it[.] … Sometimes the coercion is more than implicit. (2)

Some doctors oppose even allowing women to give birth to their handicapped children. Bob Edwards, the scientist who presided over Great Britain’s first in vitro fertilization delivery, gave a speech at a fertility convention where he said:

Soon it will be a sin if parents to have a child that carries the heavy burden of genetic disease. We are entering a world where we have to consider the quality of our children. (3)

While it is impossible to know how many OBGYNs share this eugenicist and elitist view, a number of women have experienced pressure from doctors to abort their handicapped children.

One women who found out she was pregnant with a baby with Down syndrome recounted her obstetrician saying, “It could just be hanging off you, drooling,” while encouraging her to abort. (4)

Another writer recounted the following:

A woman I know was told by her obstetrician that her fetus had Down syndrome. The doctor ordered her to abort, she refused. … Another woman was similarly coerced. Her doctor told her that her baby would be more like a fish than a human and would only be as smart as a baboon. (5)

The article this quote appears in talks about a study that found that 99% of individuals with Down syndrome report being happy with their lives. 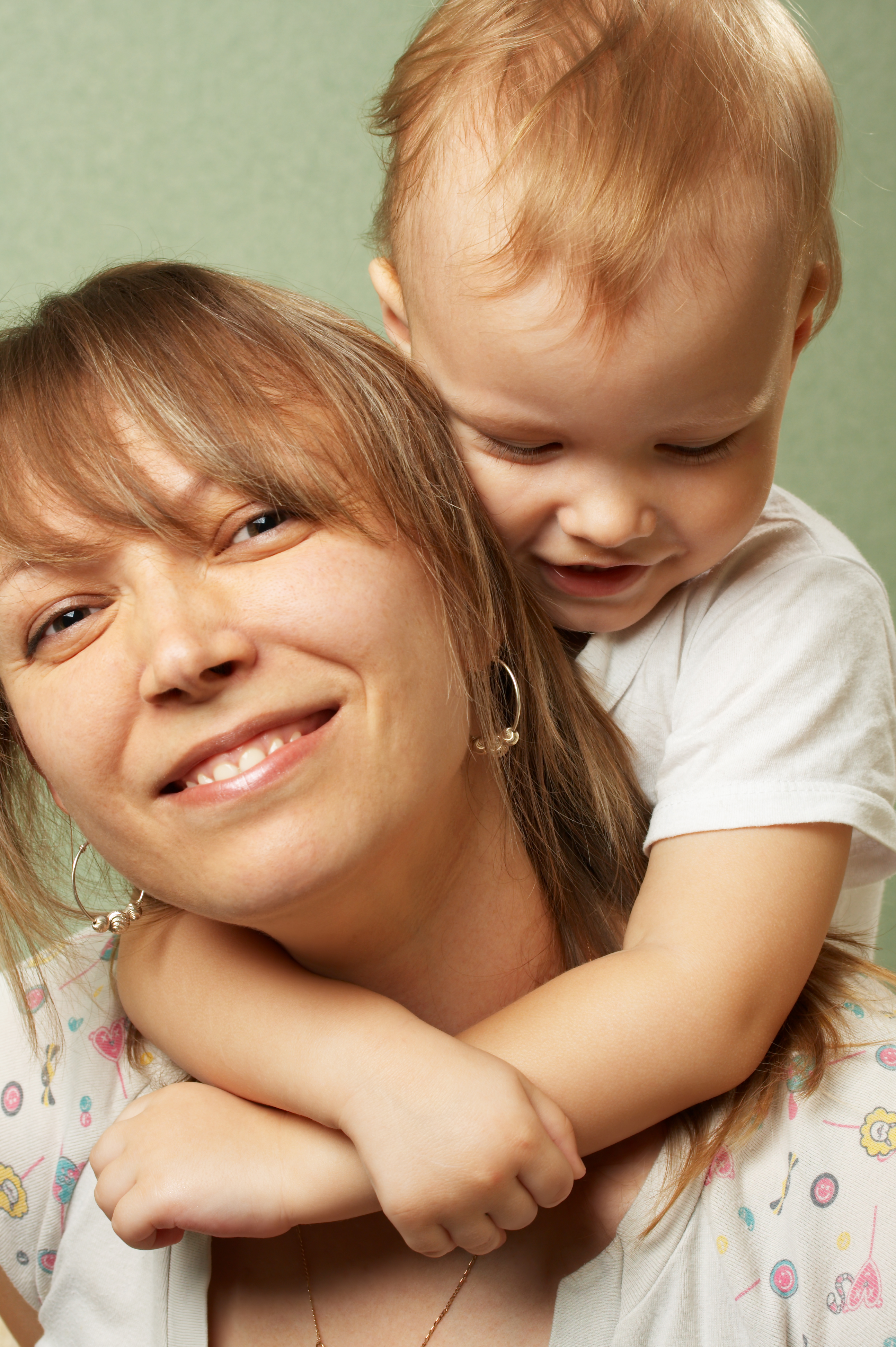 Women who are pregnant with disabled babies are often pressured to make a decision quickly. This may be partly because some abortion providers believe that abortion becomes more dangerous the later in pregnancy it is performed. One abortionist claims that the risk of abortion complications increases 20% for each week of pregnancy that passes (6).

Abortions for reasons of fetal anomaly are usually late-term abortions because amniocentesis can be performed only in the second trimester, and most disabilities are not discerned until midway through pregnancy. This is why many women who are carrying disabled babies have abortions in the late second or third trimester. (This may change with the advent of blood testing that can detect some abnormalities.)

One study found that parents of babies aborted due to disability or “fetal anomaly” suffer depression and loss. Those who conducted the study said:

Despite the shock and grief they may experience upon hearing the news of a fetal anomaly, the pregnant woman and her partner are usually urged to make the decision to terminate quickly. Behind the urgency is the physician’s desire to avoid complications of ‘late’ terminations of pregnancy. Because of the delays involved in amniocentesis, abortions may occur in the second and even third trimester pregnancy. In health care settings, the issue of such late-term abortions has raised ethical and legal questions. In one early study, most of the terminations occurred within 72 hours of the woman receiving the news of the abnormality. This hardly allows time for the couple to become informed about parenting children born with that anomaly and thus considering carrying through with the pregnancy. (7)

Rayna Rapp, who aborted a baby who was found to be handicapped, conducted interviews with women who aborted due to their children’s disabilities. She said of her research:

New developments in reproductive technologies assist in the quest for the perfect baby not only by genetically creating ‘better’ children but also by detecting and eliminating fetuses deemed abnormal and defective. In a world where babies are bred for desired characteristics, having a healthy, normal baby becomes nothing less than a duty. While it may appear that medicine simply offers procedure such as diagnostic ultrasound, fetal electrocardiography, and amniocentesis as options for those who desire them, the fear of producing a child that falls outside the boundary of ‘normal’ compels many women to seek premonitory information regarding the status of the fetus. As one of [Rayna Rapp’s] interviewees explained regarding her tests, ‘if he was gonna be slow, if he wasn’t gonna have a shot at being President, that’s not the baby we wanted.’ (8)

Rapp reveals that simple prejudice against the disabled is a factor in driving couples to abort their babies.

Parents Suffer from a Lack of Accurate Information

Along with prejudice against the disabled and pressure from doctors to abort, another factor driving these abortions is that couples who face a disabled baby are often given limited, one-sided information. Their doctors may overemphasize the suffering that handicapped children go through or present the worst-case scenario. This may be because the doctor fears being sued or because the doctor has his or her own prejudices towards disabled people. According to one woman who aborted her disabled baby and later regretted it:

We had only one isolated piece of information, not a whole crystal ball. How were we to know what would be best? …

A person reeling from shock, numbed by a sudden catastrophe, cannot think. (9)

In pressuring couples to make a decision quickly, doctors deny them the opportunity to come to terms with the fact that their baby will most likely have a disability. When couples are given biased information and pressured to make a quick decision, they may not have the wherewithal or opportunity to do a great deal of research on their own. They may not have the opportunity, for example, to thoroughly research the disability and talk to parents of children with disabilities. Many times, these parents would encourage them to carry their pregnancy to term. In reality, many women who have their babies with disabilities are glad they did not abort.

The mother of a five-year-old girl with a cleft lip and palate wrote this letter to the editor:

I was horrified to read that many couples now opt for abortion rather than risk having a baby with such a minor physical imperfection. My daughter is not some abnormal freak[.] … She can, and does, lead a happy, fulfilled life[.] … What sort of society do we live in when a minor facial deformity, correctable by surgery, is viewed as so abnormal as to merit abortion? (10)

Today, the 28th of March, I was listening to talk to one of your callers. She recently had terminated the life of her child in her 20th week of pregnancy and I believe the child’s 20th week of life.

The child’s life was ended when it was diagnosed with Down Syndrome. This really struck a nerve and infuriated me, as I and my wife have the honor of being parents to our 22 month son, Conner, with Down Syndrome, that along with our other 2 children (a daughter 8 and a son 5) the joy and light of our life. This person that ended the child’s life has no idea of the joy or divine love that these special people possess. It is hard for me to understand the callousness that she had about thinking that the child was a mistake of nature and it was okay to terminate its life. I would almost dare say that it is our limited understanding of these special people that is the problem.

I have often looked into Conner’s eyes and have felt a true divine, Godlike love shining forth. I will be honest and say that our life has not been changed by Conner. Unlike our other two children that walked before they were one and talked by two and developed in what we understand as ‘normal’. Conner has yet to walk on his own, but he does possess the ability to brighten the darkest days we have faced.

I would hate to think of life without Conner, he is the light in our families’ lives. Our other children think the world of him and I feel are gaining a greater understanding and acceptance of ‘ALL’ people, unlike the caller today. She has missed a wonderful opportunity to learn and grow.

These are the voices that parents considering aborting their children with handicaps need to hear. In pressuring these couples to abort quickly and giving them one-sided information, doctors encourage these parents to have abortions which they may later come to regret. The opportunity to bring a special and unique child into the world is taken away from these parents, and the ultimate gift of life is taken away from their children.