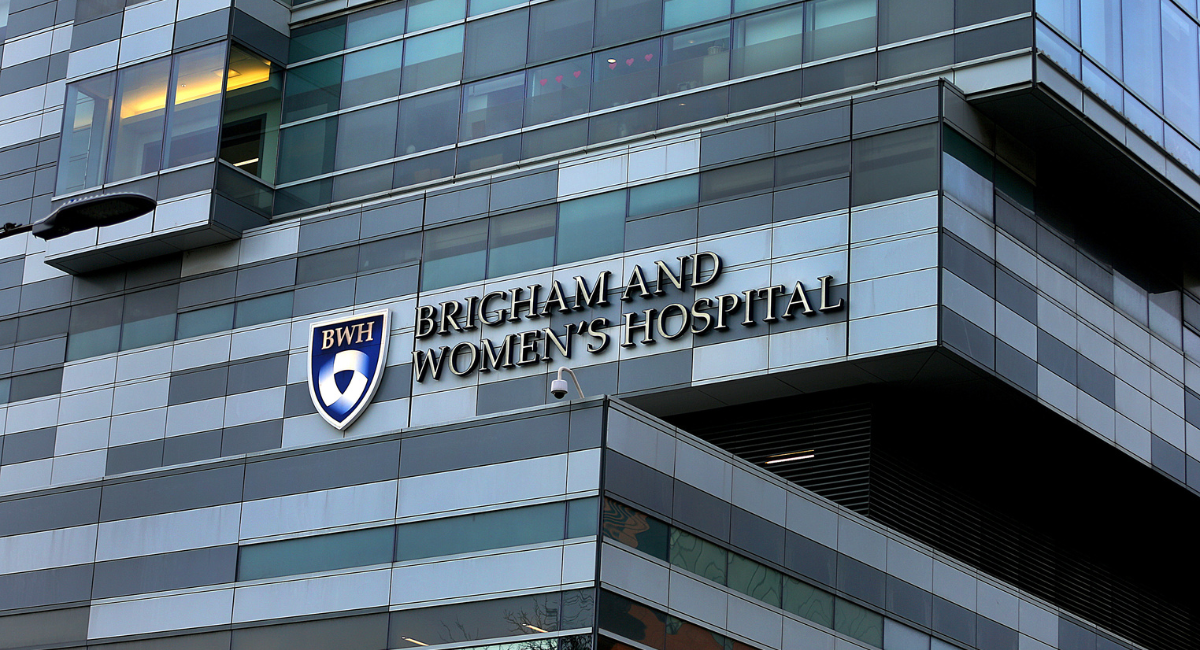 According to Black Enterprise, the parents of a premature baby girl are suing Brigham and Women’s Hospital in Boston, alleging that an employee of the hospital threw their daughter’s body out with soiled linens.

Baby Everleigh Victoria McCarthy was born premature on July 25, 2020, weighing two pounds, five ounces. Her parents, Alana Ross and Daniel McCarthy, had already lost two babies to miscarriage before becoming pregnant with their miracle baby, Everleigh. They were finally able to hold her on August 1, and spent time reading her Little Red Riding Hood. Heartbreakingly, Everleigh only lived outside the womb for 12 days, and died on August 6 in her mothers arms.

“They let me hold her while she died, while I was holding her,” Ross explained. “She was baptized. And then when she was gone, they took her from us, but kept her in the room and dressed her in a white gown and let us say goodbye one more time as we walked out of the room. That was the last time we saw her.” 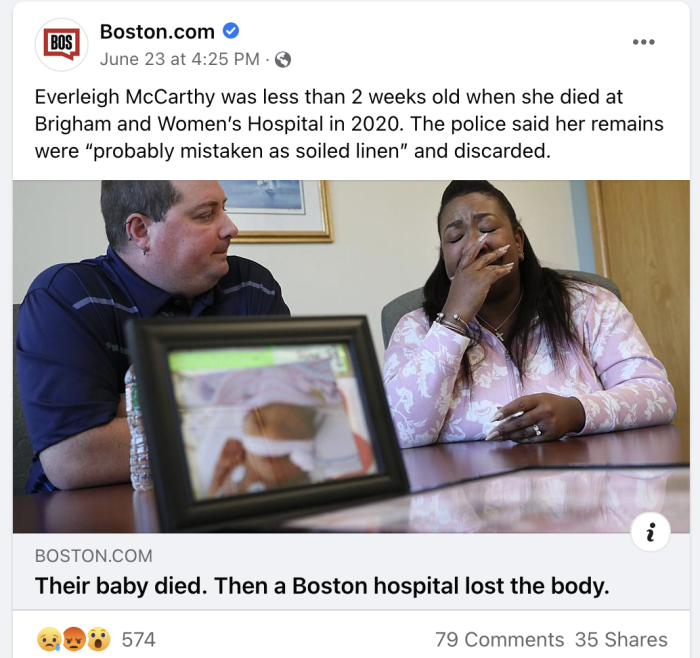 The devastated parents began to make funeral arrangements but according to Black Enterprise, when the funeral home arrived the pick up their daughter’s body on August 10, the hospital could not find her.

According to The Day, Everleigh was swaddled when a hospital employee took her to the hospital morgue. But that employee put her on a table that was “not the appropriate or the designated place for the delivery of infant remains in the morgue,” according to the lawsuit. The employee put Everleigh there because another hospital worker was blocking the area that was designated for children who had died.

In the suit, a nurse reportedly asked a transport worker where to place Everleigh’s body. “You can put it anywhere,” was the response. But she was put on a rack meant for adults. CCTV footage shows a pathologist dumping the bundle that Everleigh was in into a bin containing human waste a day later.

Police and transfer station workers searched “soiled linens, towels, rags and hazardous waste such as blood and feces” for eight hours over two days, but they could not find Everleigh’s body.

“It just rips my heart out of my chest because so many people were so happy that she was part of the family,” said Ross. It was just so heartbreaking. We would never get to bury her. We wouldn’t even get to know where she ended up.”

McCarthy and Ross are Catholic, and wanted to hold a proper funeral and burial for their premature daughter, and be able to visit her, explained their attorney Greg Henney. “It was traumatic enough to lose their daughter, but it was losing her all over again when she was literally thrown away,” he said. “They lost her twice.”

The hospital, parent company Mass General Brigham, and a dozen employees are named in the suit as defendants. The suit claims a breach of contract, negligence, intentional infliction of emotional distress, and wrongful interference with human remains. The lawsuit alleges that Brigham and Women’s was aware of the “problems with management and conditions” at the morgue prior to the loss of Everleigh’s body. The couple is seeking $1.3 million in damages.

“Every night I go to bed and I don’t know where she is,” said McCarthy. “And that’s a terrible feeling. I know I have to live with that for the rest of my life.”

According to The New York Times, this isn’t the first time a baby’s body has been discarded. In 2017, a mother sued a hospital in Minnesota after workers threw away her stillborn baby, whose remains were found two weeks later in dirty linens at a laundry facility. In 2009, police searched garbage dumps in Pennsylvania and New Jersey after the family of a baby who died 20 minutes after birth said the hospital had discarded the body.

Tragically, it is not just miscarried or stillborn babies who are discarded with the trash or medical waste every single day in the United States. In March, the remains of 110 aborted babies were found in medical waste bins, including five babies who appear to have been killed late in pregnancy. Pro-life activists gave a proper funeral to the younger babies, and are awaiting the results of an autopsy from a private pathologist regarding how the other babies were killed.